#WhatsUpWednesday is our chance to hear from teens who are involved with the Speak Now for Kids community. This week’s post focuses on Shira, a 17-year old with complex medical conditions who just happens to also be an award-winning activist and writer. A patient at University of Virginia Children’s Hospital, Shira founded Sick Chicks, an international community that works to empower and unite women with disabilities and illnesses.

1. Why do I advocate?
I’m a control freak, and becoming sick, I had to accept how little control I would have over my body. Being an advocate, especially lobbying for legislative change, became a way to take back some level of control while helping myself and others in the process.
Advocacy allows me to take an active role in my future. 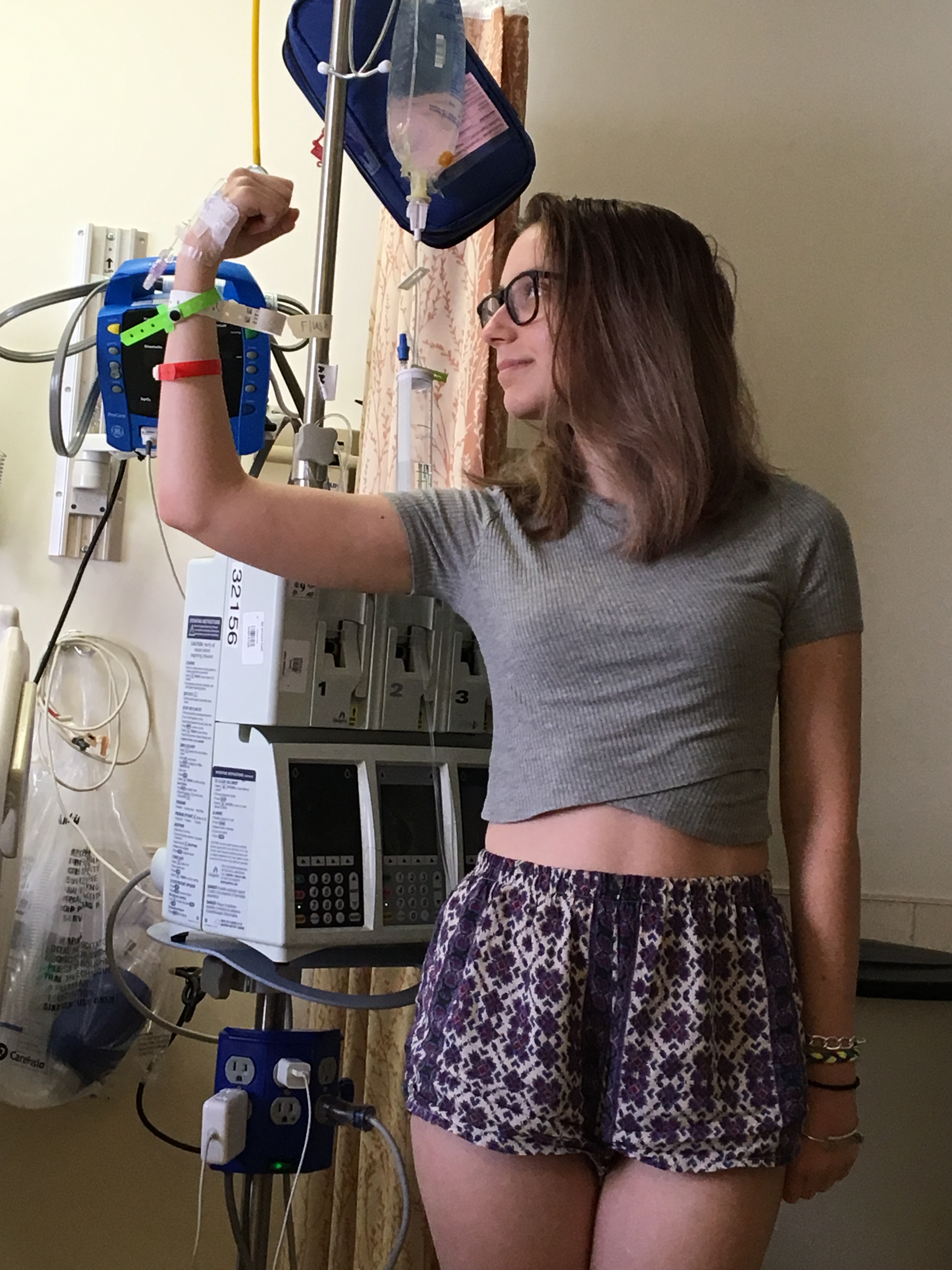 Milly was my rare disease “big sister”, we shared a few too many diagnoses and a few too many nights in the hospital together. She taught me that it doesn’t matter how much time you get, but what you do with the time you’re given. She passed away this past March. In her short 24 years, Milly made such a phenomenal impact. I can only hope to do the same.

4. What jam gets me up when I’m down
*pauses to choose just one song from my 15 Spotify playlists*
Okay, so right now my go to has been “Fire Escape” by Andrew McMahon and the Wilderness. If you haven’t heard it, I definitely recommend you check it, and their other songs, out!

5. What have I overcome?
I’ve had to relearn how to walk six times, I’ve had multiple TIAs, I’ve been to 7 total states for medical care, had four major surgeries (which is not even that many compared to most of my friends), I’ve almost died quite a few times, and been in and out of the hospital so much it’s a second home now where the nurses recognize me and will stop by just to say “hi”. But, by far the scariest thing, which I have yet to overcome, is…college applications. I’ll make it out though!

6. What do I want the world to know about my condition?
Just because I don’t look sick, doesn’t mean I’m healthy. I’m a fantastic actress, I fool my parents, and my doctors some days. I want people to know that us teenagers with illness are fighting for life and spend more time pretending to be okay, we’re not over exaggerating and it takes a lot out of us to ask for help.

7. If I could change the world, I would….
Make healthcare accessible and affordable, oh and end sexism.

8. Who, or what, is my biggest supporter?
My parents. With a social worker for a mom and a lawyer for a dad, it was inevitable that I would become an activist. They never pressured me into anything, but have always been my biggest champions and fighters. They take me to DC when I need to go for advocacy related work, and they are the ones who sit on the bathroom floor with me rubbing my back when I’m dry heaving at 2:00 a.m. I wouldn’t be where or who I am today without the support of my parents.

9. What does my children’s hospital mean to me?
A second chance (sometimes a third or fourth chance, too). A community. Hope.

10. How do I plan to give back to the world?
I am the founder of Sick Chicks, an organization with the goal of uniting and empowering young women with illness and disabilities. It’s hard enough being a girl, not to mention adding illness. Sick Chicks provides a platform to bond with others going through similar experiences, share your personal story, have cool events in person, and boost your advocacy platforms. Currently, I am a brand ambassador with Feminist Apparel. If you use the code “SHIRA10”, you get 10% off of your purchase and $3 will go towards starting up a Sick Chicks Scholarship Fund to go towards helping Sick Chicks pay for higher education, which can be very difficult with medical expenses.

I have also been pushing for health policy this past year including OPEN ACT and 21st Century Cures, which will come to a vote in Senate this November. My friend and I actually co-hosted the first ever cyber rally for 21st Century Cures! One of the reasons I mention this is because I want people to take away just how easy it is to get involved in advocacy, all you need is a Twitter account.

11. What do I want to be when I grow up?
I want to be a policymaker and work on Capitol Hill or work as an advocate with health-focused organizations. I’ve had enough hospitals that I don’t want to spend any more time as a doctor or nurse (though I have the utmost respect and I wouldn’t be here today without the work of incredible doctors and nurses), but I am extremely passionate about health policy and ways to make things better from a federal advocacy standpoint.