Things Are Looking Up for Wyatt 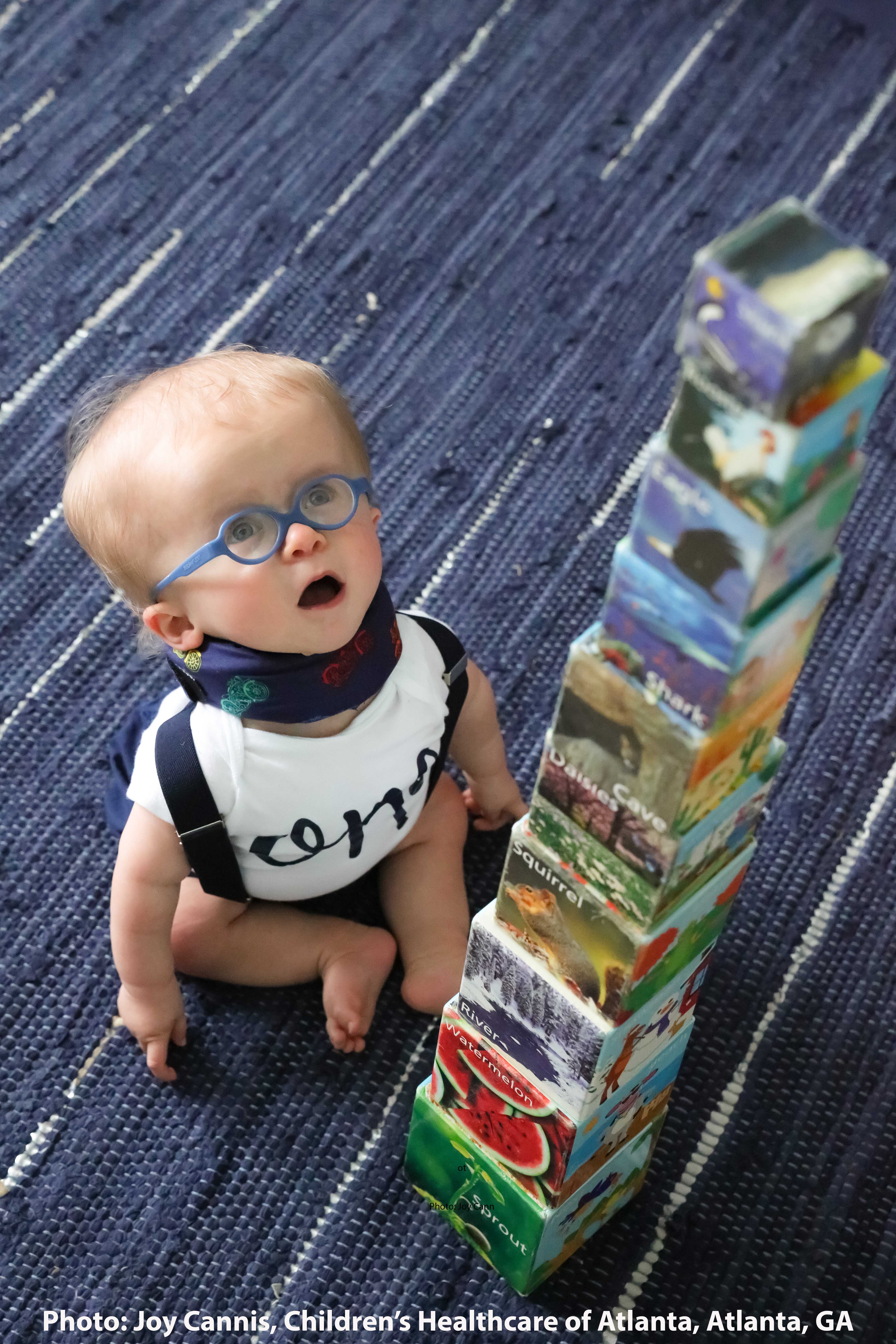 Wyatt is a typical 2-year-old. He loves puzzles, Play-Doh and playing fetch with his dog. He knows his colors, numbers and alphabet and loves reading books. But, unlike most kids his age, Wyatt has a rare form of dwarfism and has had to overcome many obstacles in his young life. For National Dwarfism Awareness Month, Speak Now for Kids spoke with Jennifer, Wyatt’s mother, to learn about Wyatt and his health journey at Children’s Healthcare of Atlanta.

It wasn’t until Wyatt was 10 weeks old that doctors discovered he has significant spinal cord stenosis. His doctors were unsure if surgery was needed to prevent further damage to his spinal cord.

A temporary solution was introduced, and Wyatt was fitted with a cervical neck brace to see if any damage to his spinal cord could be reversed. Because Wyatt was so little, the specialists had a hard time finding a cervical collar small enough to fit his tiny neck. Coincidently, Wyatt’s dad worked for a surgical equipment company that specializes in spinal implants. With the help of donations from his employer, Kevin began making his own cervical braces for Wyatt at home. So far, after two years of constantly wearing the custom cervical braces, Wyatt’s spinal cord stenosis has almost completely resolved, and he is catching up and meeting many developmental milestones.

With the help of weekly physicals, occupational and speech therapists ― as well as close observation by numerous specialists ― Wyatt is now a thriving toddler. He can pull himself to stand on his own, cruise around the furniture and is working hard to learn to walk unassisted. He is talking up a storm and is quick to tell you that he is “2” and a “big boy”. He will continue to require multiple therapies every week for the foreseeable future, but that’s nothing to this brave little boy who has already come so far.

Since his birth, the family has become active in the Little People of America (LPA), a nonprofit organization that provides support and information to people of short stature and their families. Wyatt’s dad is the current president for the Georgia Chapter. The LPA is an invaluable resource to families who don’t have any history of dwarfism and don’t know where to start when looking for information. The month of October ― National Dwarfism Awareness Month ― has taken on a whole new meaning for Wyatt’s family and they now use this time as an opportunity to spread awareness on behalf of others like their son.

“Wyatt is the smartest, kindest funniest little boy you’ll ever meet. His story is inspiring to many, and we know it is his determination that will get him far in life. Every parent says they are proud of their child, but for us, I think that is an understatement. Wyatt is our miracle and we know he is destined for BIG things,” says his mother, Jennifer, a pediatric nurse with Children’s Healthcare of Atlanta. “I have taken care of hundreds of kids throughout my nursing career, and I know a fighter when I see one. Nothing has come easy for Wyatt, but that doesn’t stop him from trying his hardest at everything he does. He is my hero, and I am so lucky to call him mine.”

This story was inspired by the Children’s Hospitals Photo Exhibit.