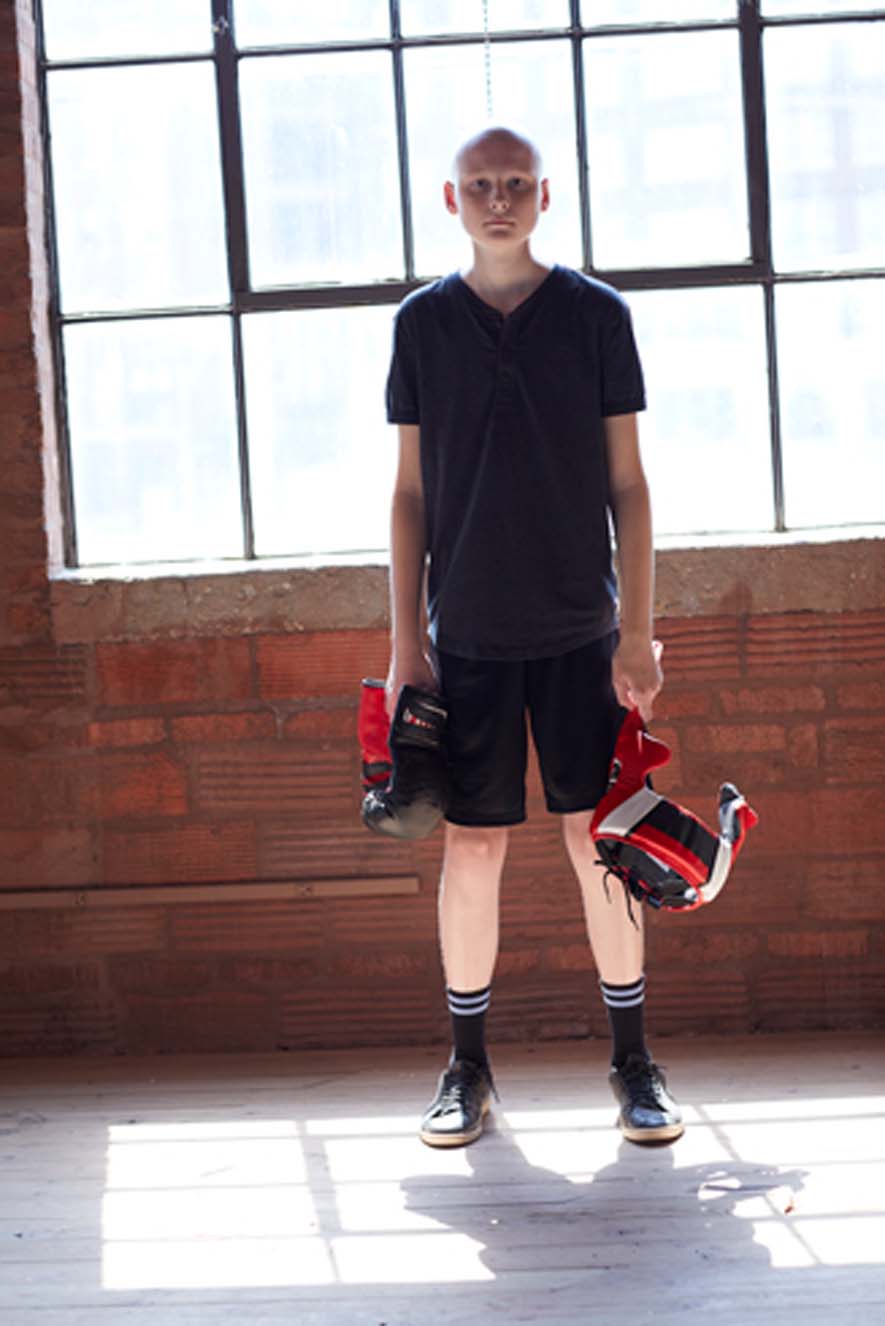 Gavin is a fighter. At age 9, he was diagnosed with Ewing sarcoma, a very rare type of cancerous tumor that affects about 200 people each year. Most often found in males, Ewing sarcoma grows in the bones or the soft tissues surrounding the bones. In Gavin’s case, the tumor began in his back, pressing on his lumbar spine and the nerves controlling his left leg, causing excruciating pain and temporary paralysis.

To relieve the pain and prevent further nerve damage, doctors removed the tumor and began chemotherapy. After the chemo, Gavin started radiation therapy as an outpatient. The goal was to be sure the cancer cells in the original tumor were gone. For a while, they were.

“Gavin put cancer in the rearview mirror and went on with his life,” says his mother, Julie. But about two years after treatment, Gavin started waking up with terrible headaches. An MRI confirmed the cancer was back, appearing at the base of his skull, cervical spine and in his ribs. The news was a devastating blow, but he mustered the strength to fight the cancer again. Since then, Gavin says he’s relapsed five or six times—he’s lost count.

“Over the years, we have used standard chemotherapy to treat Gavin, but we have also tried a variety of other innovative options, including experimental therapeutics and immunotherapy,” says J. Allyson Hays, M.D. “What impresses me the most about him and his parents is they continue to choose optimism, generosity and love throughout his treatment. He is an inspiring young man, and we are exploring every avenue possible to give Gavin a fighting chance.”