Sepsis Awareness Month - It's About Time with Angelica Hales 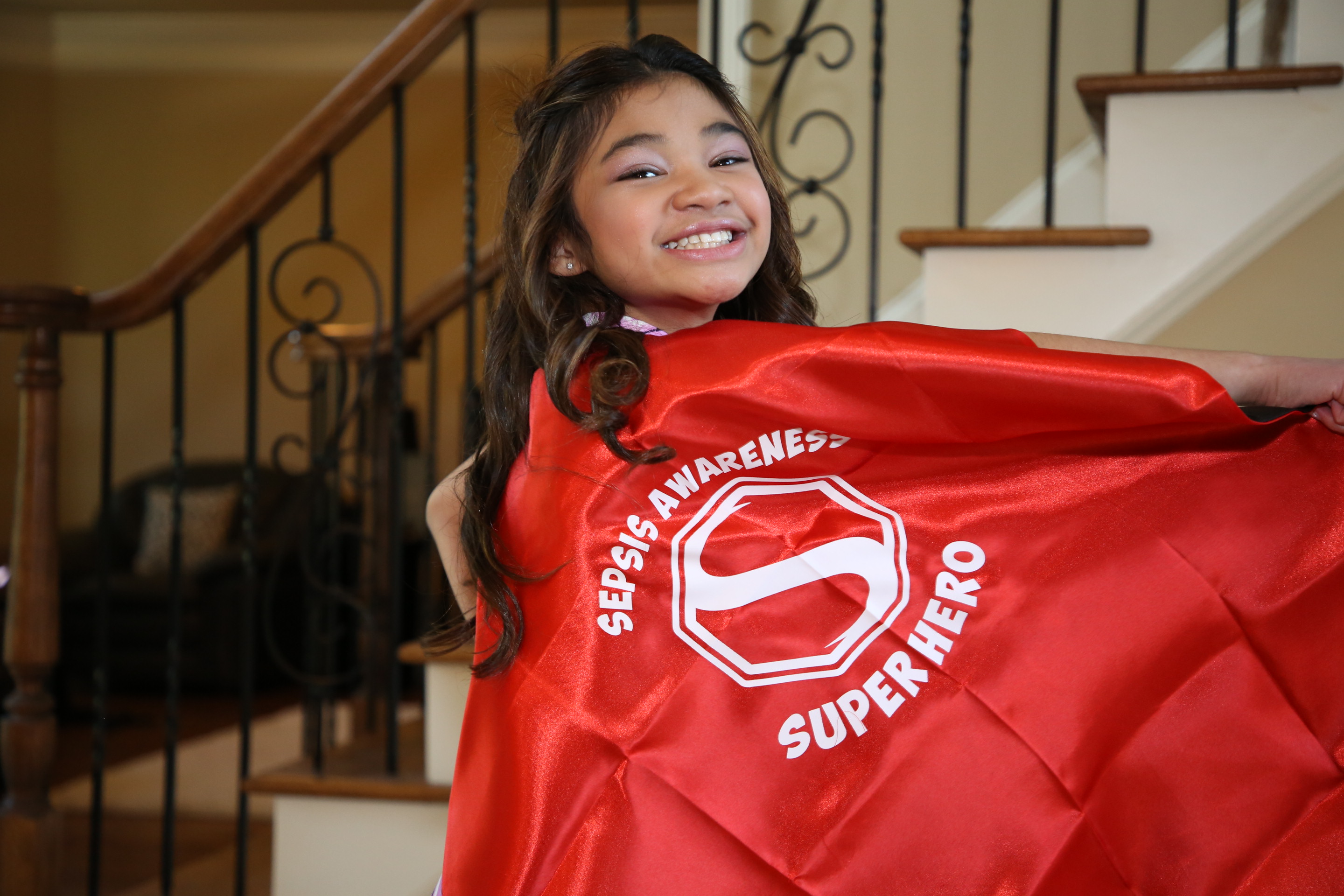 For Sepsis Awareness Month, Speak Now for Kids spoke with Angelica Hale — America’s Got Talent Season finalist, sepsis survivor, and patient at Children’s Healthcare of Atlanta — to learn about her health journey. When she was only 4 years old, Angelica was diagnosed with sepsis after developing a bacterial infection in her lungs. Today, this talented girl is using her passion for singing to help raise awareness of the signs and symptoms of sepsis.

Although sepsis is the leading cause of children’s deaths globally, the majority of Americans have never heard the word. In the United States alone, sepsis kills more than 250,000 annually. For every hour sepsis treatment is delayed, the risk of death increases as much as 8 percent — it’s imperative that people, particularly parents, know about sepsis and its signs so that treatment can happen as quickly as possible.

Now age 11, Angelica is partnering up with Sepsis Alliance on the launch of It’s About TIME — a national initiative to create broader awareness of sepsis and the urgency in seeking treatment when there are signs and symptoms. We’re honored to have Angelica share her health journey with us and eager to learn more about the signs and symptoms of sepsis.

Speak Now for Kids (SNFK): What do you remember about the time you were diagnosed with sepsis?

Angelica: I was 4 when I was diagnosed with sepsis. I remember being in so much pain, and wanting it all to be over. All the doctors and nurses at Children’s Healthcare of Atlanta (CHOA) were so sweet to me and made me feel like I was at home, even though I was so far away. The staff at CHOA means everything to me! Without them, I wouldn’t have survived. I had to go on ECMO (extra corporeal membrane oxygenation) life support, and most hospitals don’t even have that kind of equipment. Thankfully, CHOA had it, and I was put on it as quickly as possible. That’s one of the many things CHOA has done to save my life.

SNFK: How did music help you get through your recovery period?

Angelica: Music really just took me away from all my worries. It was like I was in a different world, where nothing bad had happened to me. I could hardly sing or talk because of how long I was intubated, but when I listened to music it was like my mind was singing along.

SNFK: How did you become involved with the Sepsis Alliance’s “It’s About TIME” initiative?

Angelica: The Sepsis Alliance reached out to us after seeing me on America’s Got Talent. They wanted to see if I could partner with them to raise awareness for sepsis and ultimately help save lives. We ecstatically agreed to partner with them, and we are now working together to spread the word about sepsis all across the world!

I want to let people know that sepsis is not something to be taken lightly. It is the third leading cause of death in the United States, yet most people have never heard of it. If you suspect that you or a loved one has sepsis, you must see a doctor about it right away. The sooner you get diagnosed, the better chance you’ll have at surviving. Sepsis Alliance created the TIME acronym to serve as a reminder to seek medical attention as soon as symptoms are present. TIME stands for:

SNFK: What is coming up next for you?

Angelica: After America’s Got Talent, I have been traveling across the world, performing for charities and different events. I am actually working on my own songs right now! It is a very exciting experience and it’s all I’ve ever dreamed of. I’m also excited about the upcoming school year. I’m looking forward to learning new topics and expanding my knowledge to the fullest!