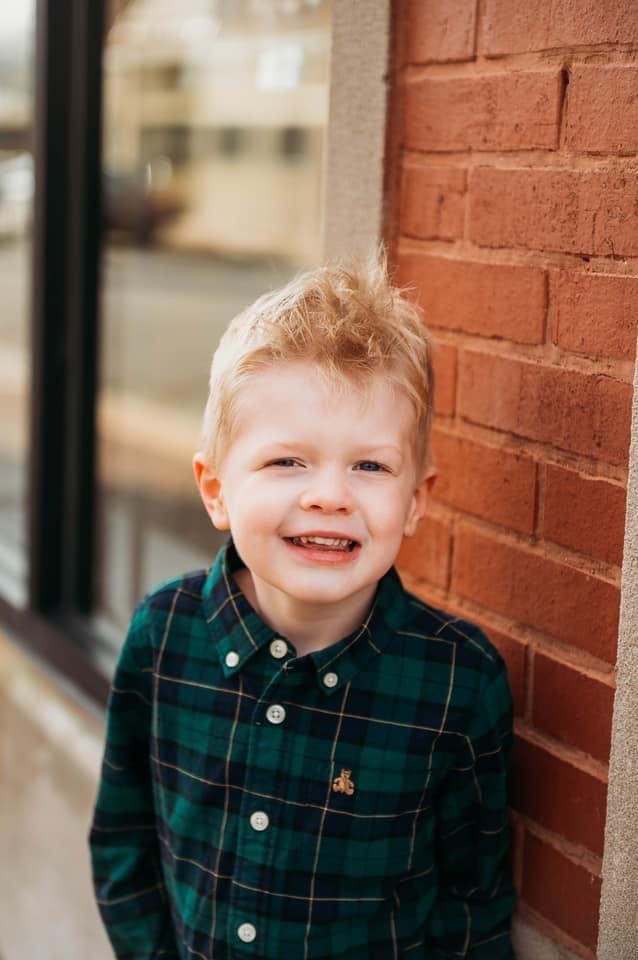 Bobby is participating in Speak Now for Kids Family Advocacy Day from June 12-14. Through this event, Bobby and his family will discuss his health journey, Advocate Children's Hospital’s role in providing him with necessary health care services, and why the public and our elected officials must invest in the future of patients like Bobby.

After Bobby was born, he was placed in the NICU and shortly after had a seizure. A CT scan showed he had a skull fracture with a subdural hematoma. Bobby also had significant bleeding of the brain that was pushing his midline shift completely over. He underwent emergency surgery right away and following had two subsequent surgeries.

The first surgery was a left craniectomy for subdural hematoma, where doctors evacuated the hematoma and removed the fractured piece of his skull.

Once the brain swelling went down, Bobby was readmitted to the hospital a month later for his second surgery, a left cranioplasty with autologous bone. This surgery was placing his own fractured bone, that they kept frozen, back onto his skull with the hopes it would grow new vascular pathways and in return grow new bone into his skull.

“This, unfortunately, was not the case,” says Erin, Bobby’s mother. Bobby was readmitted in September 2018, right before he turned 2 years old, to have an artificial implant placed into his skull, known as a left cranioplasty with a PEEK implant.

“He’s had years of surgery, therapy, testing, MRI’s/CT scans, EEG’s, medication management and has done amazing through it all,” says Erin. “He continues to persevere through each obstacle he’s presented. He is one strong, brave little boy and makes us so proud.”

Bobby also suffered a neonatal stroke and was diagnosed with left single sided deafness. He was born without a cochlear nerve. He was also recently diagnosed with an underlying neurologic condition presenting as involuntary vocalizations, movements and complex ticking.

“Bobby would not be where he is today without the lifesaving efforts he received during the critical hours after birth and the incredible care he continues to receive through Advocate,” says Erin.  “Specifically, by his entire NICU team including Dr. Galley and Dr. Kamp, Dr. Nikas, & Dr. Coates, all of his amazing nurses and therapists.”

Bobby is now 5 years old and loves Spider-Man, playing outside, riding his bike, coloring and doing puzzles. “He is our little miracle,” says Erin. “We are very blessed.”