Every Monday for the rest of the year, Speak Now for Kids is celebrating Medicaid Matters for Kids Mondays with posts highlighting the importance of Medicaid in children’s access to health care. This week we revisit Zion Thomas who represented MUSC Children's Hospital at the 2014 Speak Now for Kids' Family Advocacy Day.

Affectionately known as “The Mayor,” 15-year-old Zion has had to undergo numerous hospital visits and surgeries because of having sickle cell anemia, a disorder where the red blood cells are shaped like sickles, or crescents, making it harder for the red blood cells to carry oxygen throughout the body. However, he hasn’t let that affect his positive attitude and infectious spirit.

In the nearly two years since attending Speak Now for Kids Family Advocacy Day, Zion has been a busy young man. This past fall, he returned to Capitol Hill, with his mini army of Zion cut outs, to visit with various members of Congress for Sickle Cell Anemia Day to help raise awareness for the condition. He also attended a prayer vigil for the nine victims of the shooting at the Emanuel African Methodist Episcopal Church. 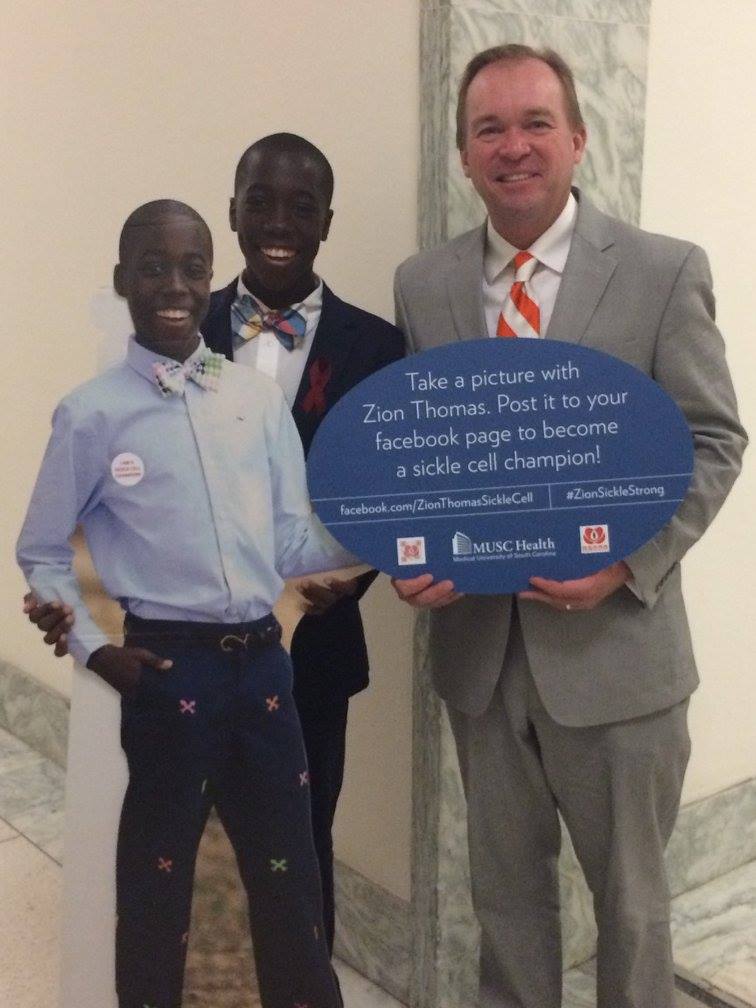 Locally in Charleston, SC, his adopted hometown, Zion has hosted the Care for Kids Radiothon. Zion has interviewed Charleston businessman Shawn Jenkins who had recently donated $25 million for the construction of the new MUSC Children’s Hospital and Women’s Pavilion in downtown Charleston, and Tajh Boyd, an American quarterback for the Canadian Football League’s Montreal Alouettes.

According to his mother, Medicaid coverage has been very important for Zion.

“If Zion did not have coverage under Medicaid we would have very huge hospital bill, doctors’ visits,” said Towanda, “and we wouldn’t be able to pay for his medicine that he takes daily.”

As tiring as it may sound, you can keep up with Zion via his own Facebook page: Zion Thomas - Sickle Cell Champion