July is Juvenile Arthritis Awareness Month. We asked Meghan Winkleman, an adult living with Juvenile Rheumatoid Arthritis, to share her experience with the Speak Now for Kids community.

Science has found the earliest we can recall memories is around 3½ years old. I was diagnosed with Juvenile Rheumatoid Arthritis (JRA) at 2 ½. I literally do not know a time in my life that I haven’t had arthritis. I was two when my parents first started seeing signs that something was not right with their toddler. I would wake up in the morning unable to walk but by the time we got to the doctor’s appointment a few hours later I would be running around like a normal two year old. The doctors probably thought my mom was being a crazy first time mom but she was persistent and after about six months a diagnosis was finally made.

My parents were told I would most likely be in a wheelchair by first grade but they would not accept this outcome and did everything they could to fight for me. Those first few years after my diagnosis were filled with trial medications, physical and occupational therapy multiple times a week, splints and neck braces, hot and cold packs and too many doctor visits to count. My parent’s hard work along with help from committed medical professionals and the right medications helped me stay out of a wheelchair and even go into remission in middle school.

It was in high school that two major things happened that made me realize the seriousness of arthritis. First, I started experiencing pain and stiffness again indicating my remission was over. Secondly, a girl I had met through the Arthritis Foundation that was just a few years younger than me died from complications from the medications she was taking to treat her Arthritis. Mortality is not something any teenager wants to think about so as my symptoms started to worsen again I tried to ignore them.

Of course that didn’t last long and my mother made sure I saw my rheumatologist right away. At this point it had been almost 15 years since my diagnosis and the medications had changed drastically. Using biologics as a treatment for RA was in the very early stages.  I was lucky that I was able to try Enbrel and it worked for me.

Unfortunately, arthritis is a disease that you can treat the symptoms of and slow the effects but you can’t fix any damage that has been done.

In high school I had my first surgery to fix my elbow that was literally locked in place and would not move. Little did I know that this surgery would be a piece of cake compared to what was coming.

A few years later I started college and I loved it. I was still on Enbrel and it was working. By my sophomore year I knew things had changed. I started noticing that I couldn’t walk across campus without back and hip pain. I learned that the cartilage in my hips was almost non-existent. Two decades with RA had caused my joints to completely wear down.

By my senior year I found myself in so much pain I would have to stop halfway to class to take a break. I knew I could no longer live with the pain and I had my first hip replacement Christmas break of my senior year. My recovery was actually a breeze and I was able to return to school on time for my last semester. Unfortunately, three months later I was back in the hospital after falling and fracturing my femur. I would end up having three more surgeries to fix my hip and femur. During the last surgery my bone had broken in so many pieces that I was actually told there was a possibility I would lose my leg. Thankfully they were able to do a total hip revision and replace my bone with a prosthetic femur.

Despite this very traumatic year of my life I was able to graduate on time and start working full time. I ended up having my other hip replaced a few years later and thankfully it healed just fine and I had no complications.

I have spent almost three decades with this disease and for much of my life it wasn’t something I gave a ton of thought to because it was just all I have ever known. However, in the past year my husband and I have been preparing for our first child who will be here in just a few short weeks. My arthritis has been on my mind so much more in the last year when I have to consider choices that affect not only me but our son. I have had to stop some medications and switch to others while pregnant. My husband and I have had to weigh the risks of staying on certain medications in order to prevent flare ups and further damage that would prevent me from being physically able to fully care for our child when he gets here.  Additionally, the what-ifs of any soon to be parent have been intensified by my own diagnosis. Since finding out I was pregnant I have thought repeatedly “what if our son also has arthritis.” There is nothing we can do right now but hope for a healthy child. I think a new child is an exciting and scary time for any new parent and I know if we do face an arthritis diagnosis in the future we will be as prepared as we can be. 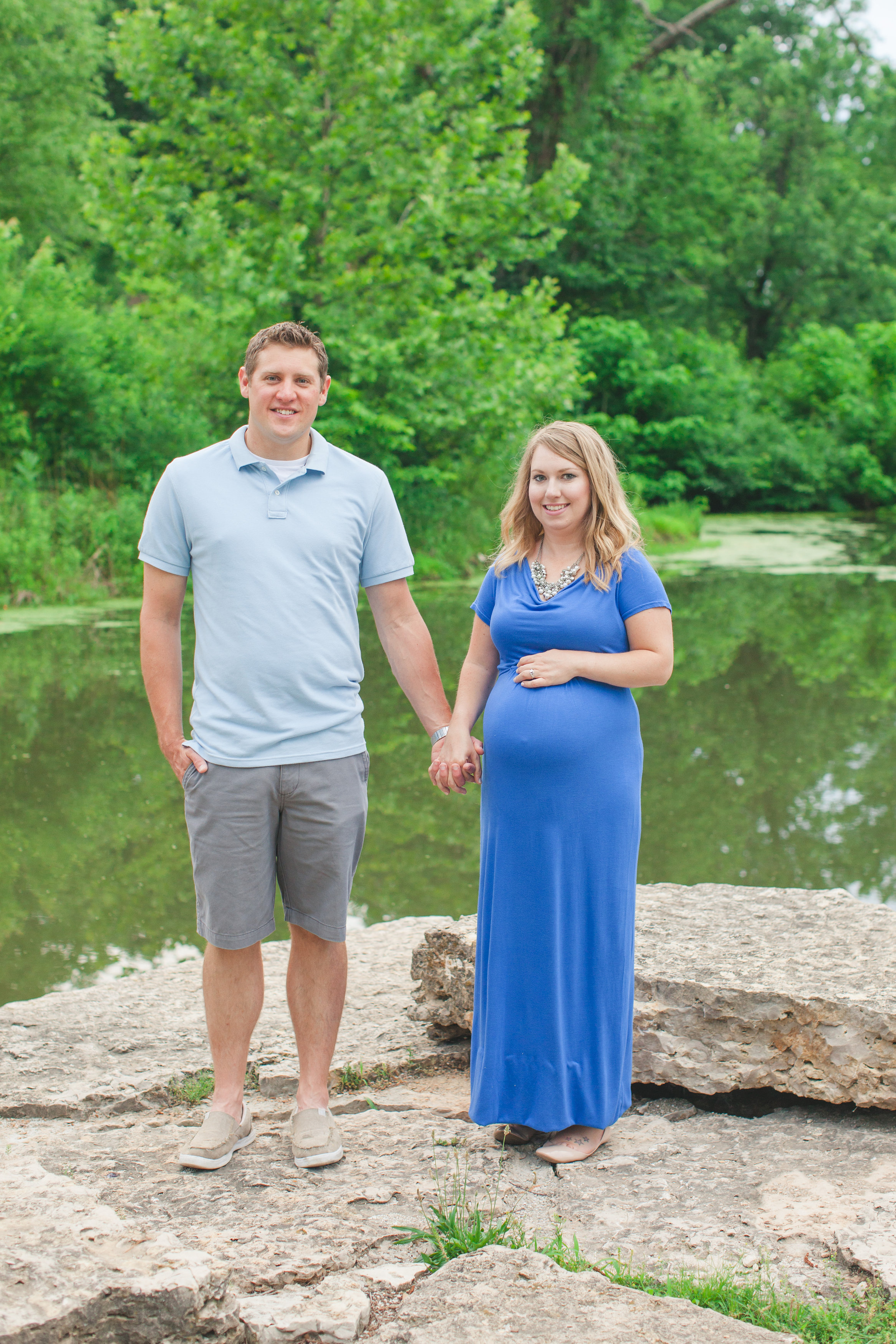 As a soon to be new parent and also a sufferer of Arthritis at a young age I know how hard it can be for both the child and the family. I have a new appreciation for the emotions my parents and all parents facing this diagnosis must have felt. I can only imagine the helplessness they felt while watching their young child in pain knowing there was nothing they could do to take that pain away. I also know how much has changed in the almost three decades since my diagnosis. I have volunteered with the Arthritis Foundation and seen how dramatically different the lives of youngsters facing this diagnosis are from my own. The medications and treatments have greatly improved and with increased support and awareness can only continue to improve. While the life of a child with arthritis will not be easy I am proof that it can be very close to “normal” and normalcy is my biggest hope for all the scared families and children facing this diagnosis.