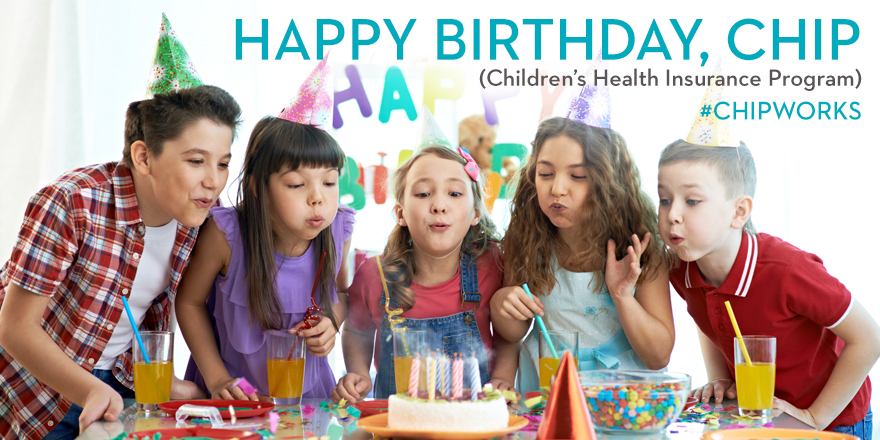 My, how the years flew by.  On August 5, 1997, the Children’s Health Insurance Program (CHIP) was signed into law. And over the last 17 years, the percentage of uninsured children decreased by 50 percent!

CHIP is a state-tailored program that’s proven effective with broad support across the political spectrum. It is a partnership between federal and state governments, which are run by the individual states according to requirements set by the Centers for Medicare and Medicaid Services (CMS).

Why is CHIP important? Without an affordable health coverage option, millions of children would be uninsured. According to the U.S. Department of Health and Human Services, uninsured children are:

Further, good health is connected with improved school performance and having health insurance is linked to better health for kids. Plus their parents miss less time from work.

So why not simply move CHIP enrollees into private health coverage, such as a Qualified Health Plan (QHP) in the state and federal Marketplaces?

Whether through CHIP or private health insurance, it’s important for children to have access to affordable, quality health care which meets their unique needs as they develop over the course of 18+ years – from in utero to an adult. After all, kids aren’t just little adults! They require specialized care for health conditions which are unique to fetal and pediatric populations.

Unfortunately many private insurance plans, such as employer-sponsored plans or QHPs in the Marketplaces, don’t offer health benefits tailored to children’s unique needs. These plans often are tailored toward an adult population and, as a result, may not even include a full network of providers with the ability to provide care to kids.

Wakely Consulting Group’s recent study compared benefits and cost-sharing in CHIP to Qualified Health Plans. The study found that even when a QHP includes child-specific services, these plans cost substantially more in terms of out-of-pocket fees and offer fewer options in terms of pediatric services and specialists compared to CHIP.

CHIP currently is funded through September 2015. If Congress doesn’t act, a projected 10 million children and pregnant women would have to find health coverage elsewhere. The Government Accountability Office estimates up to 2 million CHIP-eligible children would lose access to health coverage and become uninsured, while millions more would likely get less comprehensive coverage at a higher cost.

Legislation introduced this summer in the U.S. House and U.S. Senate (H.R. 5364 and S. 2461) would extend CHIP funding for another four years. Children’s hospitals are encouraged by support in Congress toward extending CHIP. It’s important for Congress to extend CHIP funding soon—this year!—so that states can plan the program into their 2015 budgets.

In most states, a 17 year-old is eligible for a driver’s license. For those of us who are parents, that’s a scary thought! What’s even scarier is turning back the clock to an era when millions more children were uninsured without health care.

So on CHIP’s 17th birthday, let’s ensure the program drives affordable, quality health coverage for kids beyond 2015. Join us on social media using #CHIPworks throughout the day and wish CHIP a happy birthday (and many more to come)!