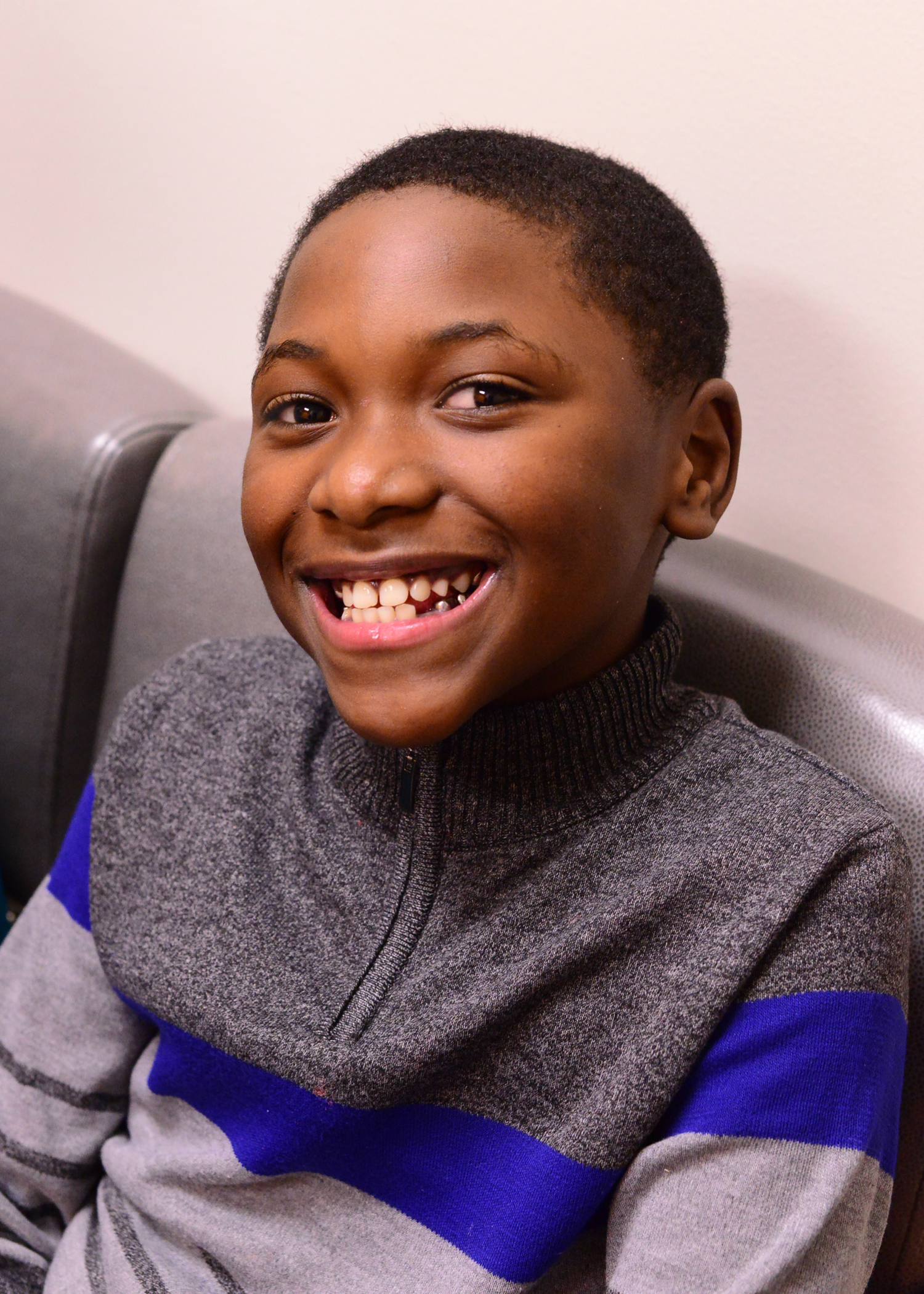 Derell is a charming and funny 9-year-old who loves to dance and draw. When Derell was 7, he had trouble staying focused in school and following all the rules. He was repeatedly disciplined for fidgeting, tapping his pencil and talking out of turn. Even worse, he was starting to show signs of depression because of his struggles at school and with his peers.

His mom, Etta, was frustrated too. She was called into school nearly every day because of Derell’s behavior issues. When Children’s Hospital of Wisconsin opened the Midtown Clinic close to her home, Etta jumped at the chance to take her son there. Derell started seeing a Children’s Hospital of Wisconsin pediatrician, and screenings showed that his challenges with attention and self-regulation were contributing to his problems. The team at the Midtown Clinic was called into action right away.

Derell was offered access to the integrated behavioral health program, where pediatricians and behavioral health providers work together as a team to tailor their care specifically to him. Once he was receiving the right care, Derell’s behavior transformed rapidly. His condition progressed quickly as he learned how to positively cope with challenging situations that occur at home and school. 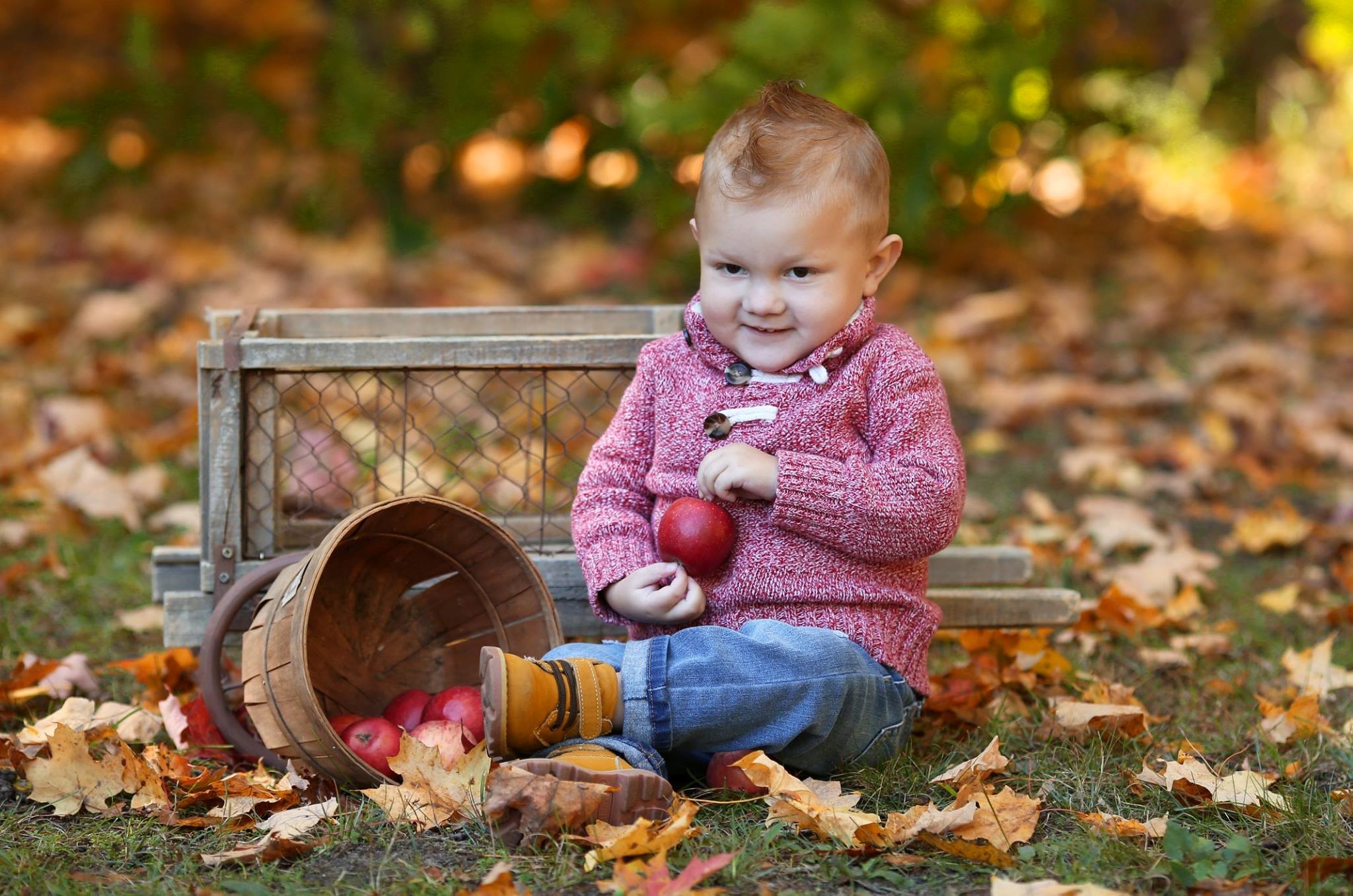 Jakob is participating at 2019 Speak Now for Kids Family Advocacy Day from June 25-26 in Washington, D.C. During the event, Jakob will share information about his health journey and the importance of children’s health care with members of Congress. Below is his story.

Looking at Jakob now, you would never know that this little guy has spent majority of his life in the hospital. This 4-year-old warrior has undergone countless surgeries and seen hundreds of doctors, but he still somehow manages to smile and fist bump everyone he meets!

Jakob was diagnosed with an extremely rare genetic disease called microvillus inclusion disease—essentially, his intestines fail to absorb nutrients. At 2-days-old, Jakob failed to thrive. He would not have survived if his parents hadn’t brought him to the hospital in time. Jakob has gone from an extremely sick baby to a vibrant active boy thanks to the help of C.S. Mott’s Children’s Hospital. 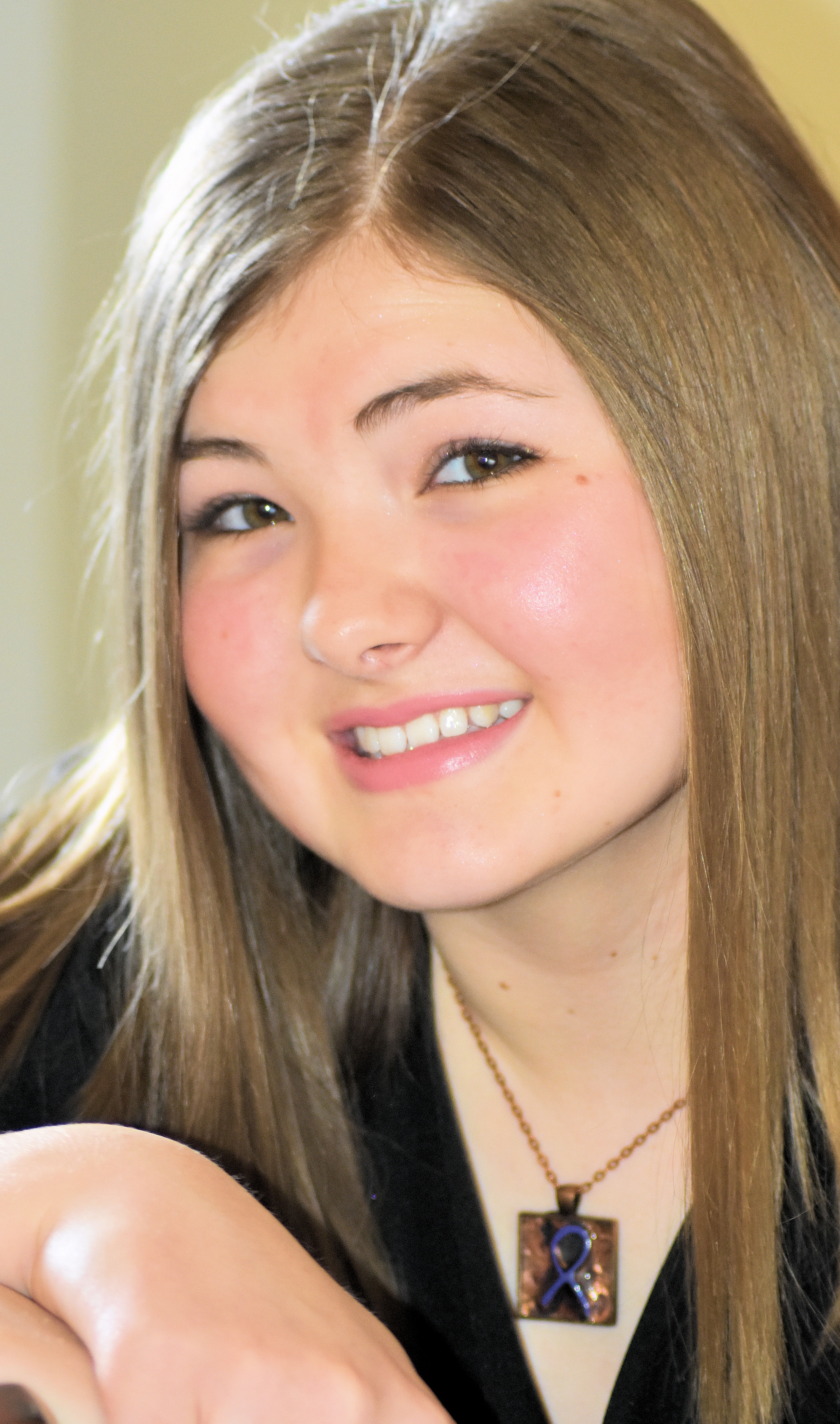 Mya is a kind-hearted, talented 12-year-old from Wyoming. Even though she looks like any ordinary young girl, Mya has been struggling with the intense pain of Crohn’s disease since the age of 10. Crohn’s is an incurable autoimmune disease which causes lesions and inflammation throughout the digestive tract.

Mya receives specialized care at Children’s Hospital of Colorado to improve her symptoms. Her favorite part of treatment is exchanging funny jokes with Dr. Walker. Dr. Walker has been with Mya since her initial diagnosis and always strives to find the best care for her ongoing symptoms and complications.

Being diagnosed at an early age gave Mya a new perspective on life. She began fundraising for Children’s Colorado and became the hospital’s first ambassador from Wyoming. Despite her illness, Mya continues to share videos and speeches about her life on the ranch in Wyoming and overcoming life’s obstacles while pursuing her dreams. 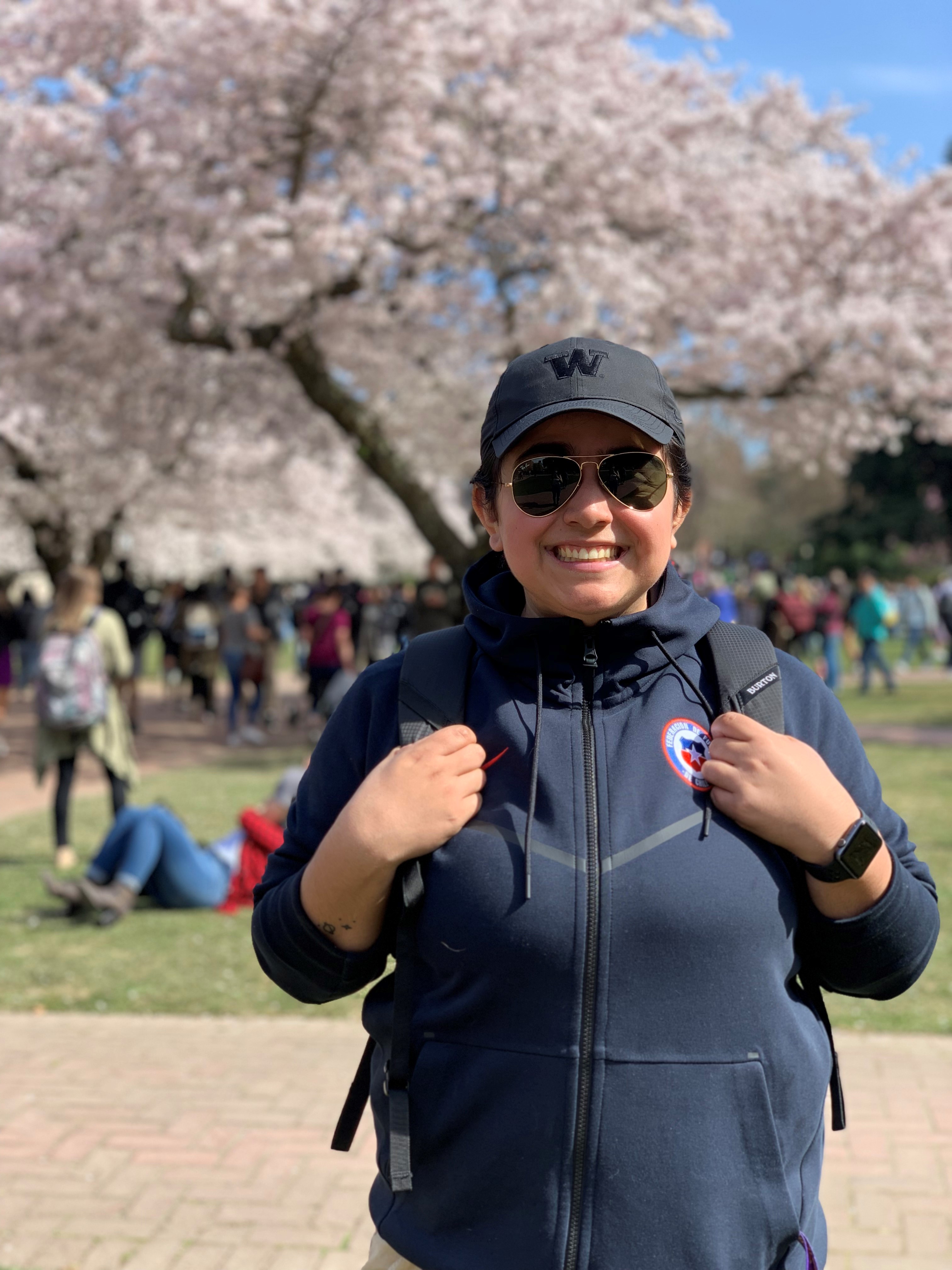 Meet Javi is participating at 2019 Speak Now for Kids Family Advocacy Day from June 25-26 in Washington, D.C. During the event, Javi will share information about her health journey and the importance of children’s health care with members of Congress. Below is her story.

Javi is a proud Husky at the University of Washington and she loves going to work at REI! If you saw Javi walking around campus today, you might never know that she has spent over 600 days in various hospitals.

Now 21, Javi was diagnosed with general anxiety disorder and high-functioning autism at the age of 14. Even though Javi thought that she would be in inpatient mental health facilities for the rest of her life, she persisted thanks to her supportive family and the Psychiatry and Behavioral Medicine Unit at Seattle Children’s Hospital. 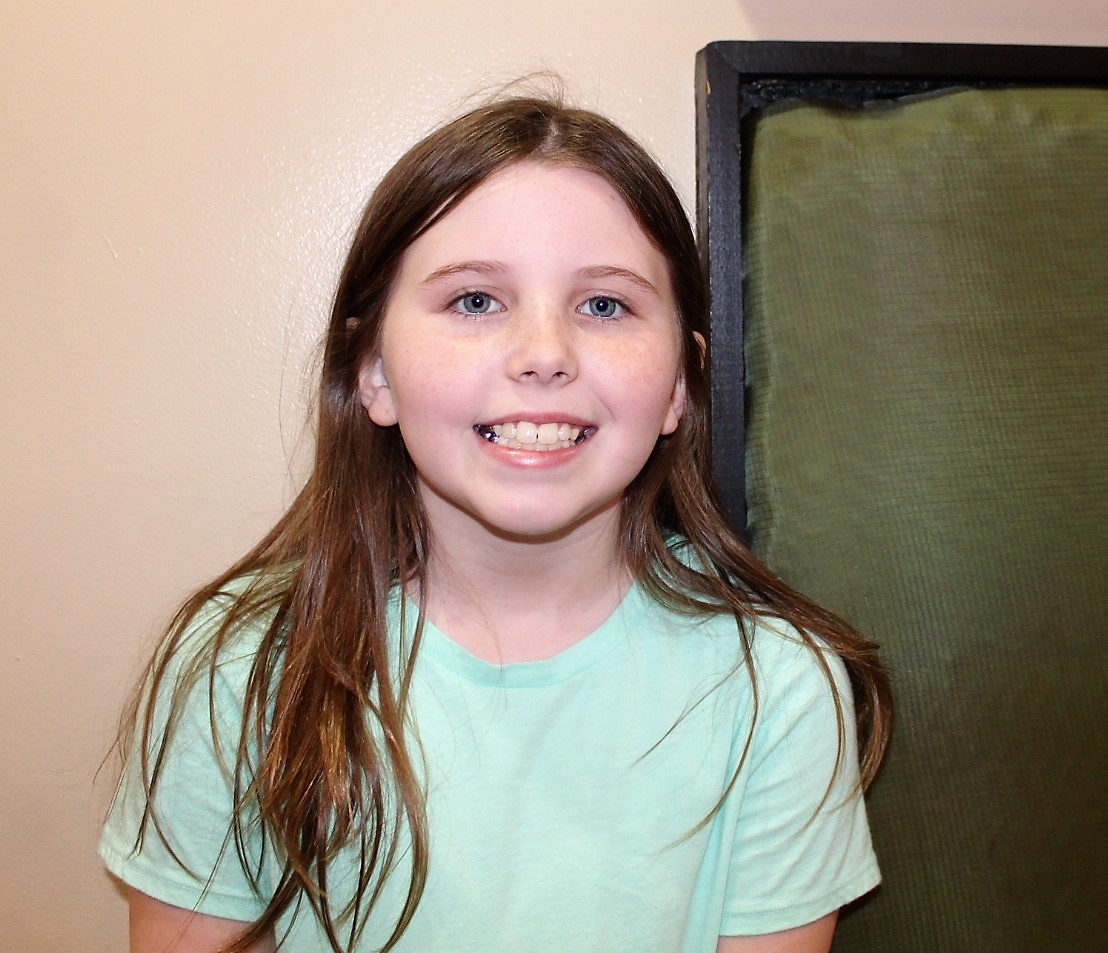 Courtney is participating at 2019 Speak Now for Kids Family Advocacy Day from June 25-26 in Washington, D.C. During the event, Courtney will share information about her health journey and the importance of children’s health care with members of Congress. Below is her story.

Courtney loves playing volleyball, basketball and taking pictures. But these activities wouldn’t be possible without the expert care at Cincinnati Children’s Hospital. At 11, Courtney was diagnosed with juvenile arthritis, myasthenia gravis, Cushing’s syndrome and coronary heart disease—but she doesn’t let any of her medical conditions define who she is.

Courtney relies on 15 specialists and looks forward to visiting her rheumatologist, Dr. Brunner, the most. Courtney feels comfortable talking to her—they joke and tell stories to each other which makes visits so much more fun! She tells everyone that Dr. Brunner saved her life when she diagnosed her heart condition and myasthenia gravis. 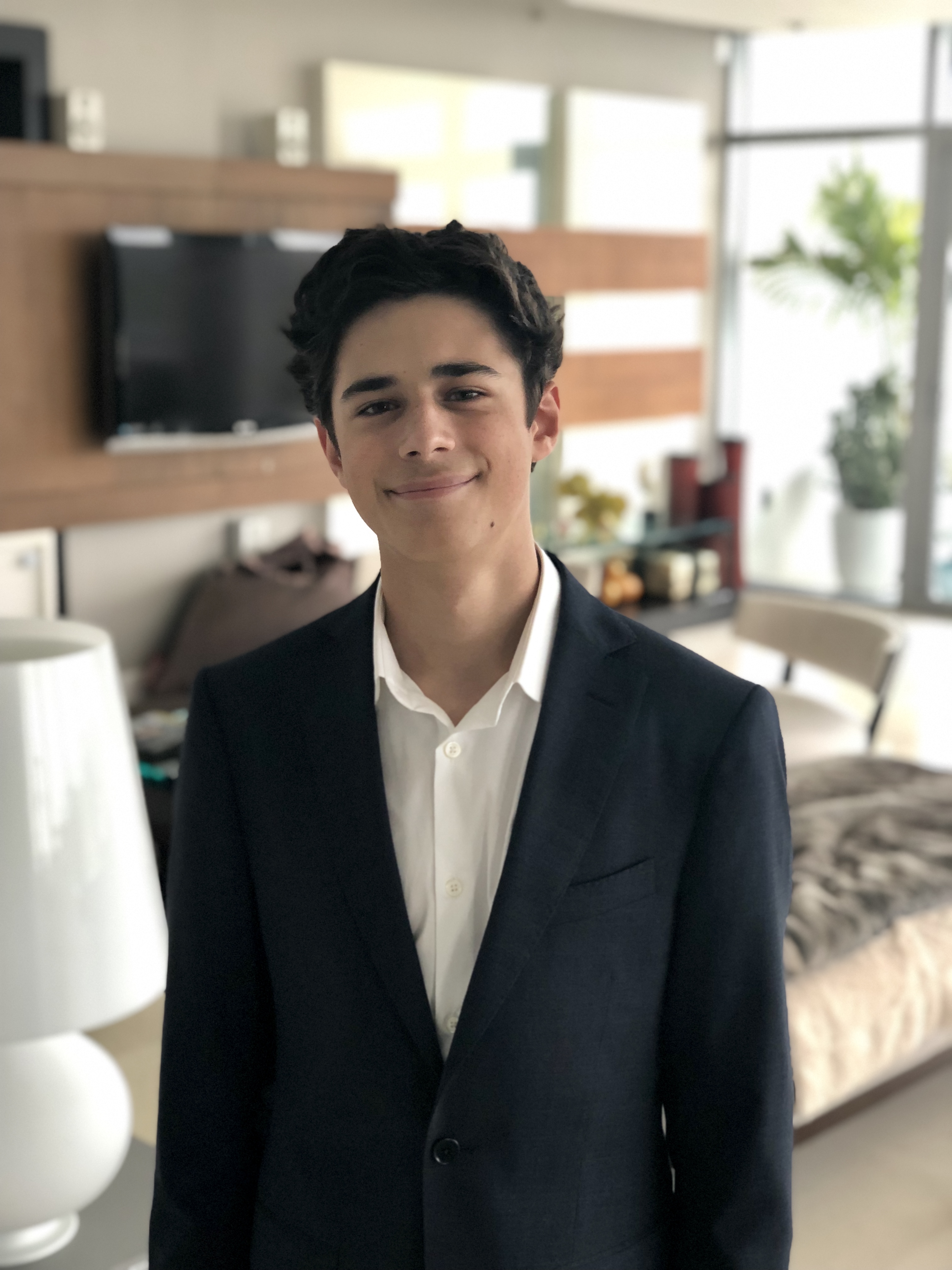 Jack is participating at 2019 Speak Now for Kids Family Advocacy Day from June 25-26 in Washington, D.C. During the event, Jack will share information about his health journey and the importance of children’s health care with members of Congress. Below is his story.

Jack has a passion for medicine and science and he’s always eager to learn! You won’t find him playing video games like other kids his age. Instead, this curious 15-year-old likes to watch videos related to what he’s learning in school.

Since Jack has such a positive outlook on life, it’s hard to believe that he was diagnosed with leukemia three years ago. He dealt with the side effects of chemotherapy optimistically, especially during the first year of treatment at Joe DiMaggio Children’s Hospital. Because Jack is very sensitive to chemotherapy, the care team at Joe DiMaggio went the extra mile to consult other pediatric oncologists across the country to avoid relapse. 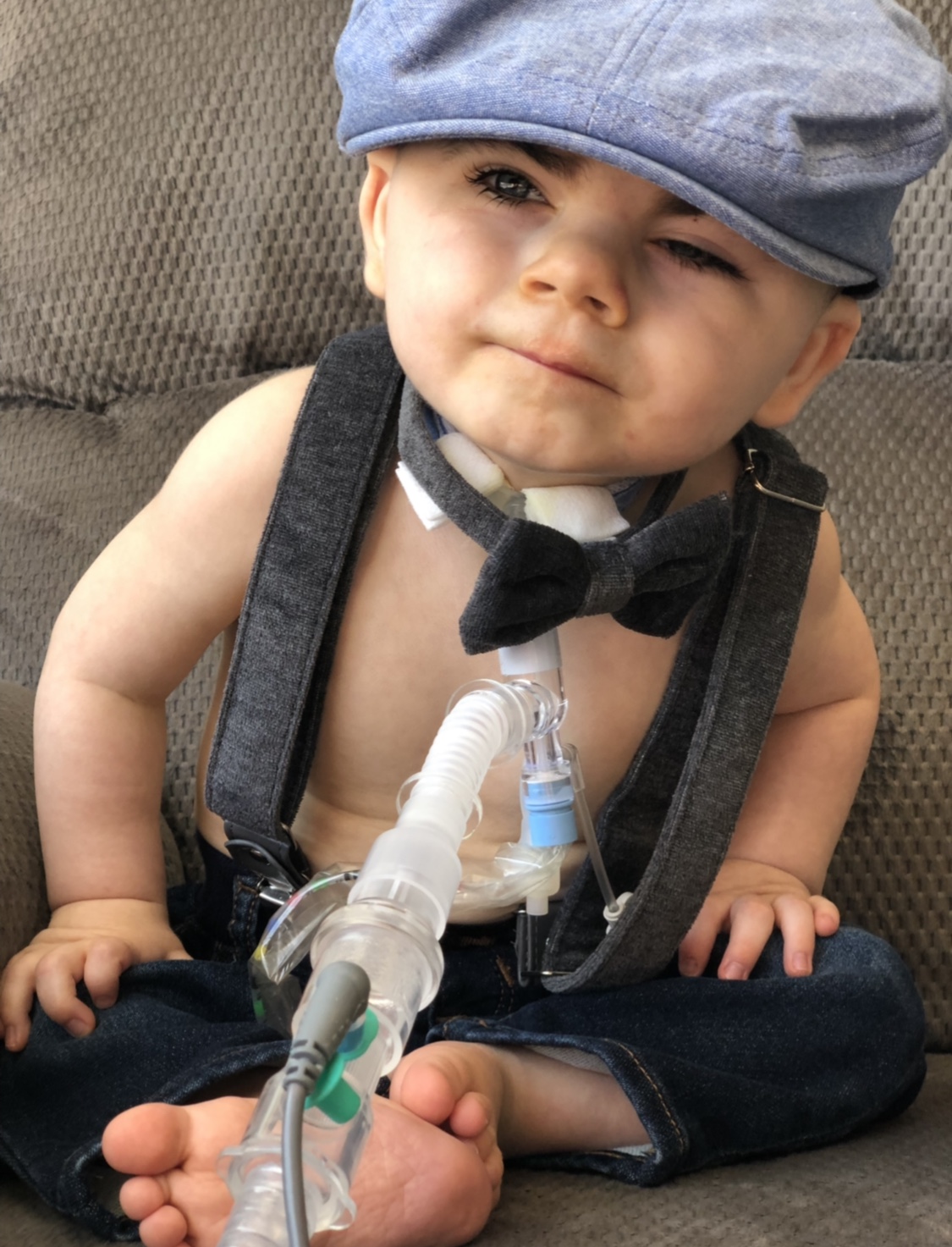 Abel is participating at 2019 Speak Now for Kids Family Advocacy Day from June 25-26 in Washington, D.C. During the event, Abel will share information about his health journey and the importance of children’s health care with members of Congress. Below is his story.

At age 2, Abel has given life more meaning than most people get to experience—he’s a fighter. Abel was diagnosed with congenital diaphragmatic hernia and a rare genetic disorder called Corenilia de Lange syndrome. He was critically ill for the first six months of his life—his parents wondered if he could ever come home.

Through multiple surgeries, countless interventions and life-saving moments from over 10 specialists, he fought with every ounce of his being!  Abel is known as the “medical miracle who moves mountains” because he finally graduated from the Medical Surgery Intensive Care Unit (MSICU) after 323 days at Boston Children’s Hospital.

Without the methodical and innovative approach of his care team, Abel’s odds of survival would be very slim. Dr. Terry Buchmiller was Abel’s primary surgeon and her operating hands are priceless to Abel and his family. Abel was less than a week old when Dr. Buchmiller first saved his life, and she continues to save his life over and over again. 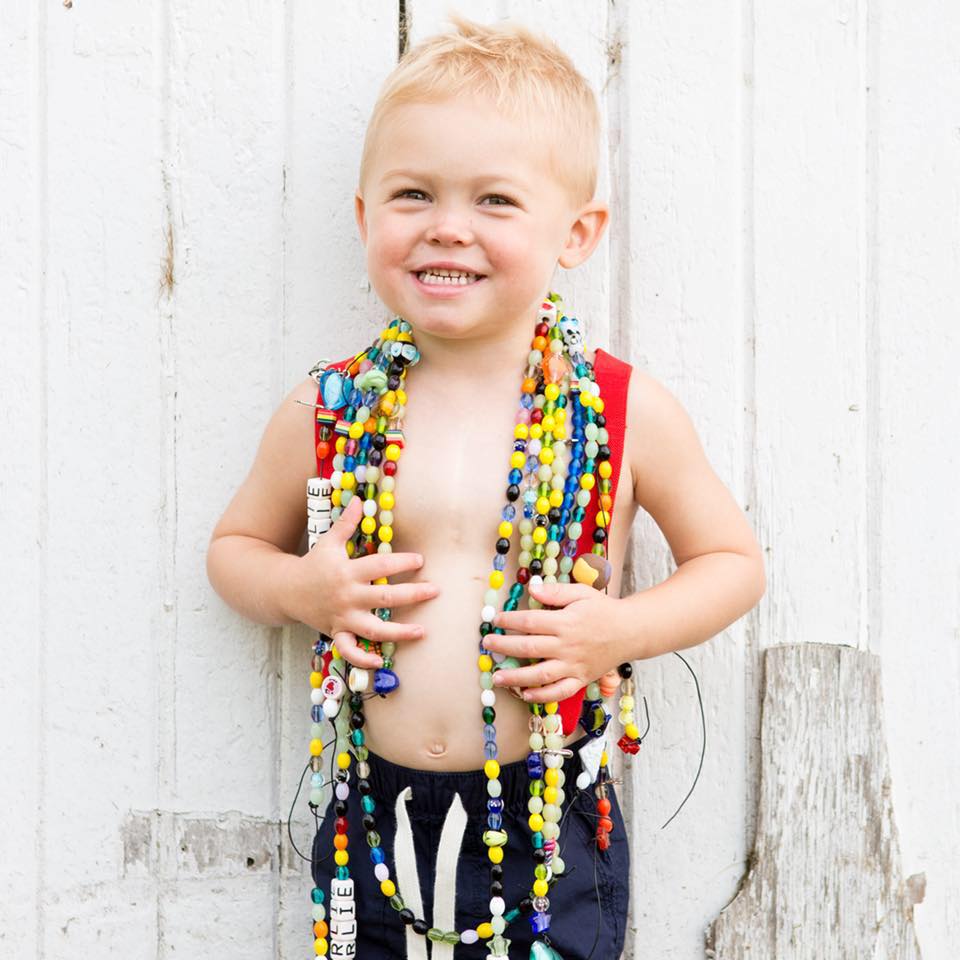 Charlie is a 3-year-old little boy filled with endless amounts of energy, laughter and silly comments. Under his sweet smile, he holds a long list of diagnoses and requires eight specialists for his conditions.

At two months old, Charlie was diagnosed with two congenital heart conditions—mitral stenosis and mitral regurgitation—and pulmonary hypertension, a type of high blood pressure that affects the arteries to the lungs and the right side of the heart. Within four months, Charlie had three unscheduled open-heart surgeries at Children’s Minnesota to repair, replace and fix his mitral valve. The surgeries he received at Children’s Minnesota saved his life. 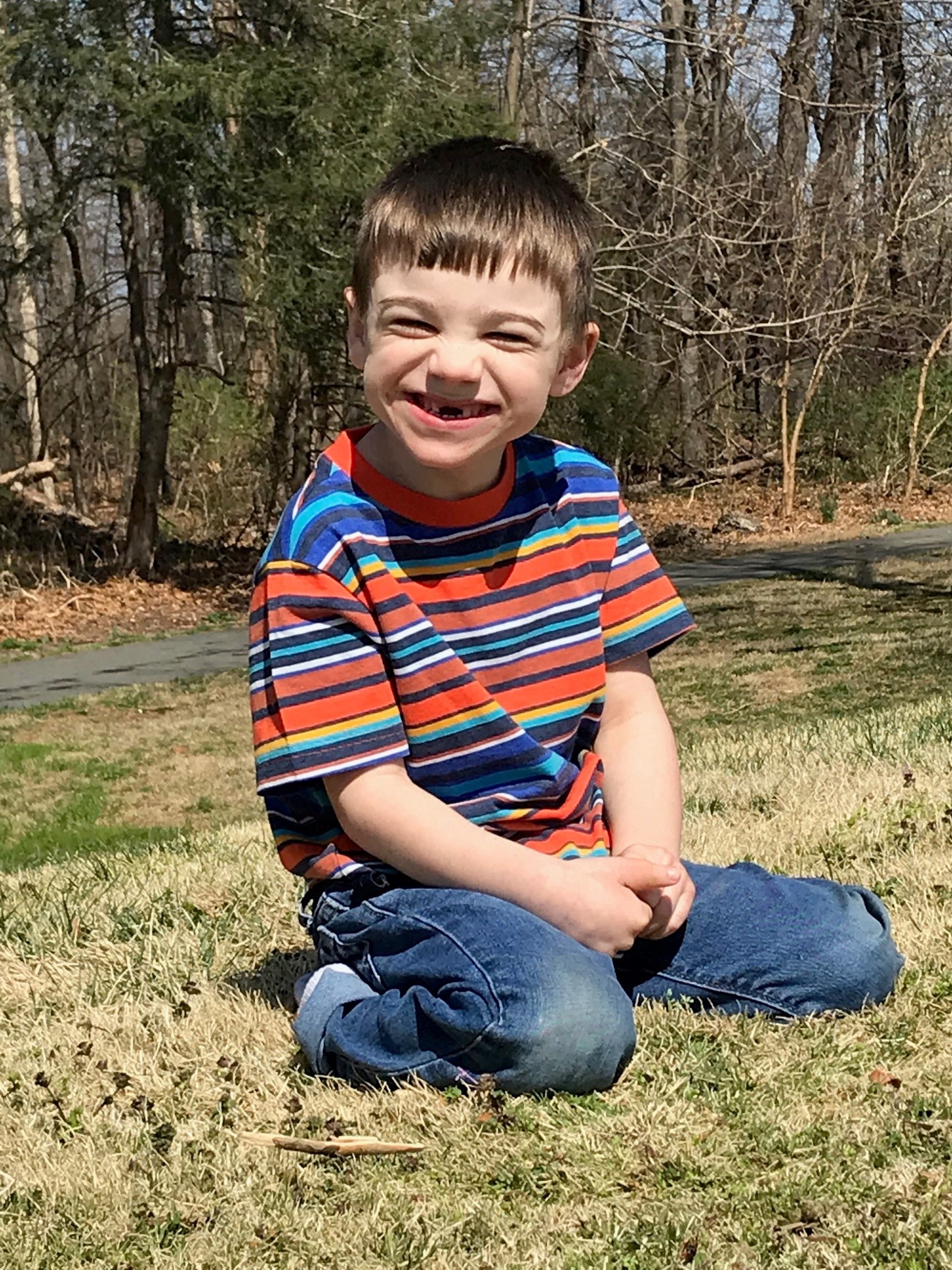 In honor of Month of the Military Child, we spoke with Jacob’s mom, Holly. Jacob has complex medical conditions, and getting him the care he needs can sometimes be difficult for this military family.

As I shared with the Speak Now for Kids community last year, my youngest child, Jacob, began having ‘infantile spasms’, a rare seizure condition, that presented as full-body ‘jack knife’ motions five years ago. Our journey into the world of complex medical care began that day, and it has never been an easy one. Jacob has severe brain damage, cannot walk without assistance, uses a wheelchair, has complex communication needs—and the list goes on.

Last year, I talked about how we got a diagnosis for Jacob, described some of the unique problems that can face military families like ours, and gave some tips I hoped were helpful for other families out there. This year, as I sit down to write, I want to illustrate one of these unique issues in more detail. It’s a topic we’ve been spending a lot of time on lately—securing the equipment Jacob needs just to live comfortably and safely in our home. 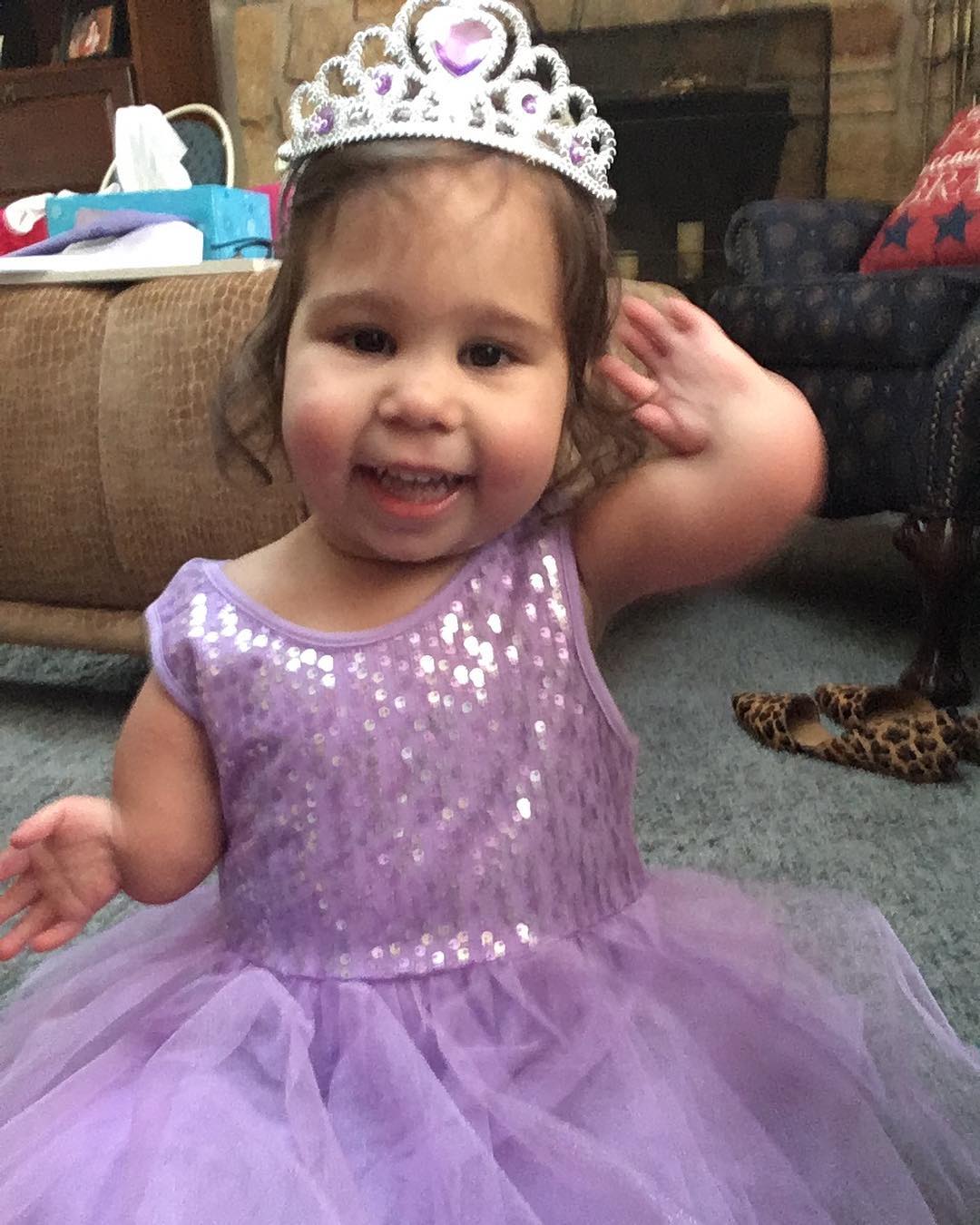 Speak Now for Kids is celebrating Medicaid Matters for Kids Mondays with posts highlighting the importance of Medicaid in children’s access to health care. This week, we spoke with Vika’s mom, Ashlee.

Vika was born with TAR Syndrome and faces challenges every day enduring life with a chronic condition. We adopted Vika from the Republic of Georgia almost a year ago and we’re excited for the care that she can receive in the United States; she’s currently under great care at Penn State Hershey Children’s Hospital. She relies on multiple specialists, including hematologists, orthodontists and endocrinologists.

I was nervous to apply for Medicaid after we adopted Vika. I felt like I was cheating the system because we agreed that we could afford Vika’s care when we signed her adoption paperwork. Fortunately, I had a job that had medical insurance benefits, but they did not cover all her expenses. Medicaid has been very beneficial to Vika. Even with private insurance, her care wasn’t completely covered—we have paid thousands of dollars. For instance, children with TAR syndrome can have congenital heart problems so it was recommended that she have a “simple” echocardiogram to check. After primary insurance, we still owed over $1,000 just for this one test.