For today’s Medicaid Matters Monday post, Lindsey Bona-Eggeman shares her real-life experience about how Medicaid covered half the costs associated with the surgery required to save her newborn son’s life.

My son, Angus, was born with a congenital heart defect (CHD) that was repaired shortly after his birth. Approximately 40,000 babies, 1 in 110, are born every year with a CHD. 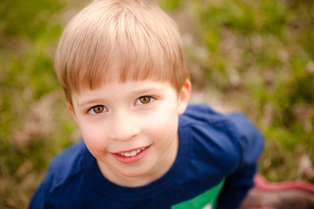 We learned about his heart defect at my 20-week pregnancy check-up and were immediately referred out to a pediatric cardiologist. It was devastating. I never pictured that I would have pulled that card in life – that I would have a medically fragile or disabled child. That is not something you picture when you are expecting a baby.

Our family lives in Montana, which doesn't have a pediatric hospital. I delivered our son at Women’s Hospital in Boston, Mass. Our newborn son, Angus, had heart surgery at Boston Children’s Hospital at just two days old. At 14 days old, he got a pacemaker to keep his heart beating. At 28-days-old, Angus was released from the hospital.

When the bills started rolling in, all I could do was laugh to stop from crying. Boston Children’s Hospital is the best in the country, but it was also out-of-network. At the time, we were covered by insurance through my employer. While our insurer worked hard to get a deal with both hospitals, in the end they only paid around half of the $500,000 in medical bills.

Having never really been sick, I hadn’t dealt with insurance much in my life. Through hours of phone calls and many hoops, we found out that our son would qualify for Medicaid for the time he spent in the hospital. The bill was paid retroactively.

As middle-class Americans just beginning our adult lives, I was terrified by the prospect of hundreds of thousands in outstanding medical bills. Medicaid was a life-saver. Medicaid coverage for the month that Angus was in the hospital literally changed the potential trajectory of our lives. With a financial burden of $250,000, we would have likely had to file for medical bankruptcy, ruin our credit, ruin our chance to own a home, and potentially change careers or move elsewhere.

This winter, we celebrated paying off our son's delivery from 2012. After insurance coverage and our renegotiated bill with the hospital, our bill ended up just shy of $10,000. This was in addition to several thousands of dollars in prenatal care. Our children are now both covered on my husband’s insurance plan through the state.

There are provisions in the Affordable Care Act that help me sleep at night: removing the pre-existing condition exclusion, eliminating lifetime maximums, and allowing adult dependents to stay on their parent’s insurance until age 26. CHD is a lifelong disease, and Angus will continue to need care for his condition. My son’s pacemaker will need to be replaced when he is about seven years-old. Our doctors are also watching his sub-aortic membrane because there is a 50/50 chance that he will need to have it fixed. Right now, Angus sees a cardiologist every six months.

When Angus becomes an adult, my son's health and access to health care could seriously impact his role in society. Will he be so financially-burdened that he won’t be a happy, productive member of society? He is at a disadvantage for no fault of his own. These are my fears.

Lindsey Bona-Eggeman lives in Seeley Lake, Montana with her husband and two sons. She also shared her family's Medicaid story with the Billings Gazette.