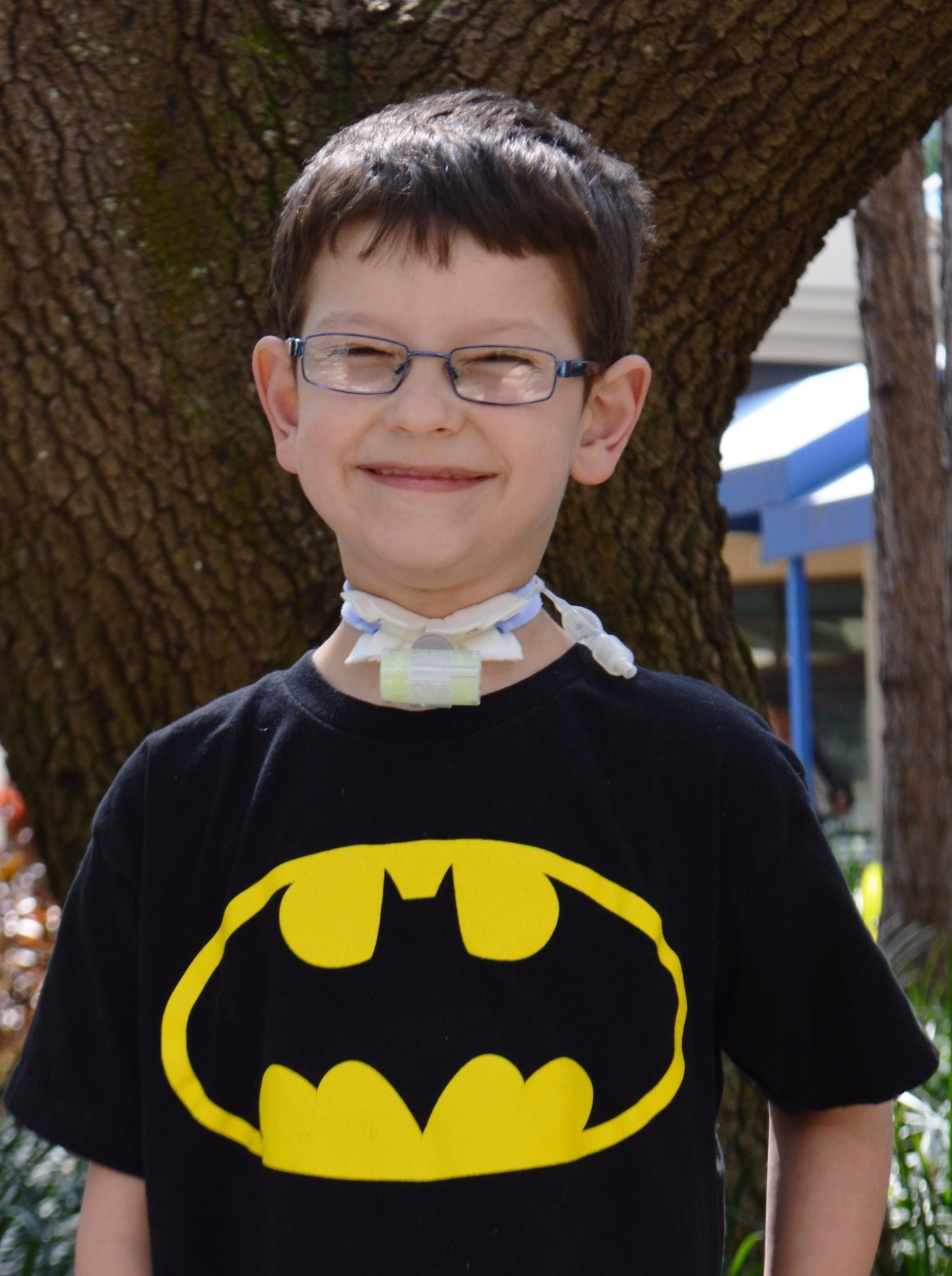 Lakota has also been diagnosed with autism and suffers from some developmental delays. However, he has surpassed many of his neonatologists’ expectations. Lakota has made significant strides as he has endured many surgeries over the past six years.

Now 7-years-old, Lakota is stable. He loves swinging and climbing from trees in his Batman cape. Lakota dreams of one day meeting Batman and Scooby Doo.