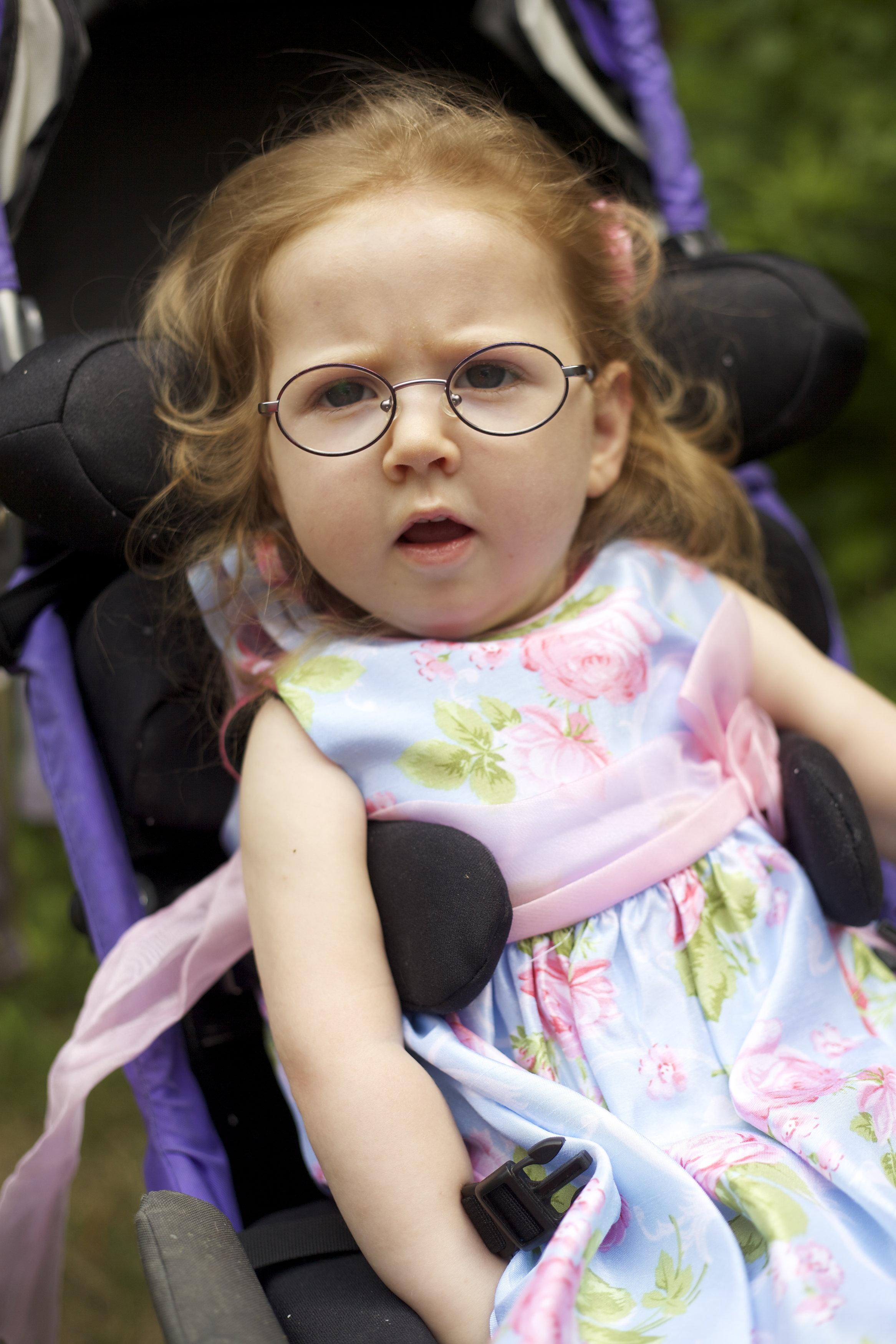 For five months, Lily was a happy, healthy baby. Suddenly she stopped reaching for her toys and could no longer hold up her head. A visit to the emergency room at Children’s National Medical Center led to various tests which revealed that Lily had Krabbe, a rare genetic disease. Lily’s parents were told that there was nothing that could be done and their daughter would live another seven months. During this time they were to keep her as comfortable as possible through daily seizures, loss of hearing and sight, and eventual death.

Through extensive research, her parents found a specialist in Pittsburgh who arranged for Lily to receive an umbilical cord blood transplant—an unusual practice if symptoms of Krabbe are already present. Now 3-years old, Lily, with the help of the staff at the HSC Pediatric Center's equipment clinic, is learning how to use her own power wheelchair. If she had been born in a state which tests for Krabbe at birth, she could have received a transplant before she was symptomatic and would be running around like a typical 3-year-old. Because Maryland didn’t include testing for Krabbe, Lily will be confined to a wheelchair for her short and difficult life. Lily has surpassed all expectations and is a testament to incredible perseverance.