My journey as a heart mama

Blake and I went to our 20-week ultrasound brimming with excitement to discover what we were having. Mixed with the joy that we were having a princess came the shock that she had a serious congenital heart defect. I was dumbfounded; I did not know that babies could be born with broken hearts. We went into the appointment as normal future parents and walked out as heart parents-to-be. My pregnancy was filled with doctors, echoes, blood work and genetic testing instead of baby showers and maternity pictures. We chose the name Zoey — which means life in Greek. 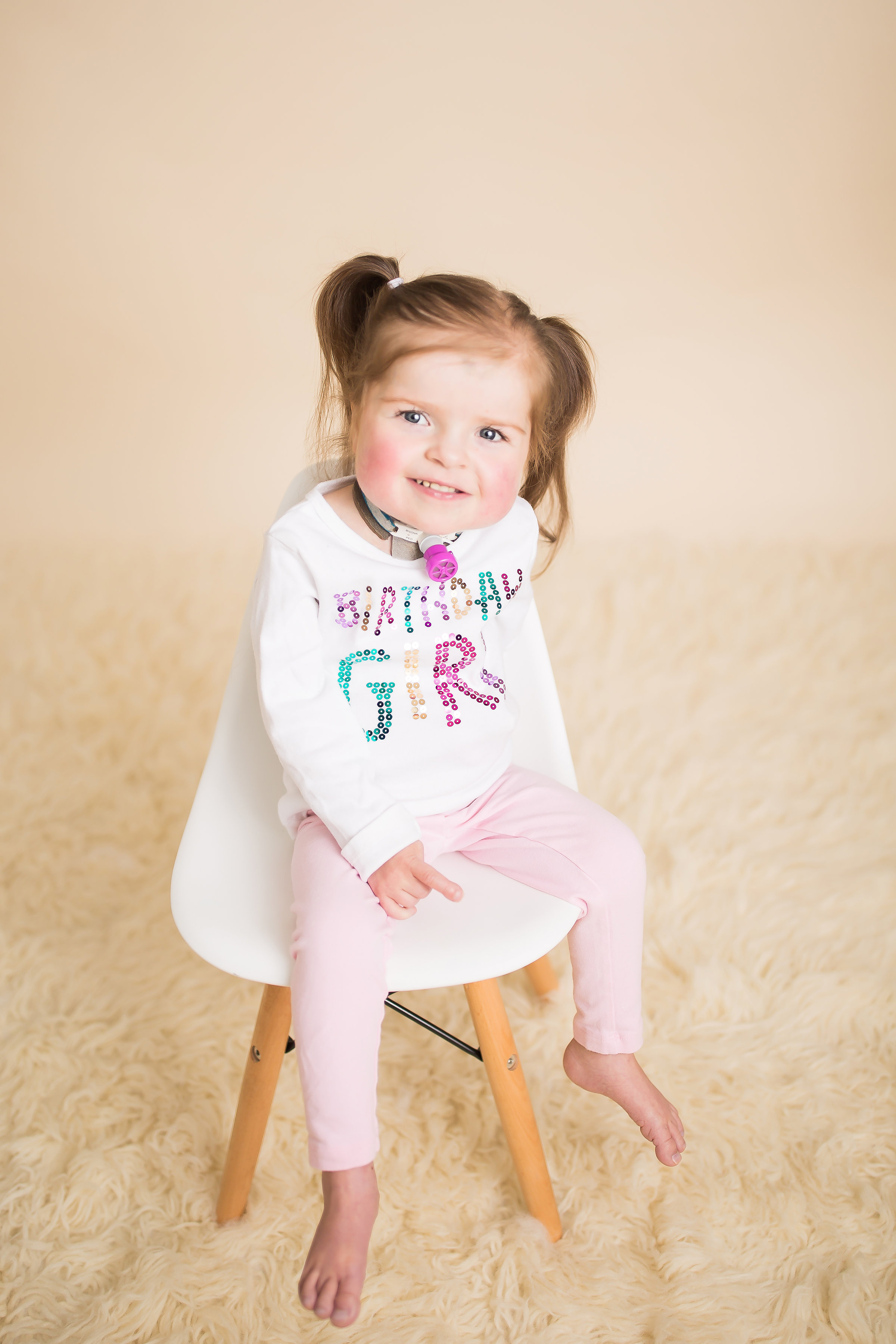 Zoey was born at 36 weeks and was taken to the NICU immediately. The original plan was to place a shunt in her heart to improve blood flow to her lungs; once she recovered we would take her home until she got big enough for her next heart surgery. I quickly learned that CHD children do not follow rules, as more birth defects caused complex complications. After eight and a half months in the NICU and eight surgeries, one being open-heart, we were finally released…only to come back four months later for another 13-month hospital stay, and more surgeries. Zoey’s local doctors were not hopeful for her future.

We asked for a second opinion from Nationwide Children’s hospital in Ohio. After testing and a catheterization, the doctors found the issue was too much blood flow and another heart surgery was needed. This miracle saved her life! Zoey had a remarkable recovery and started to flourish — we were finally able to come home and stay. Now two years later, she is walking, talking and learning to be a normal preschooler.

Zoey receives most of her routine care locally. Yet, her cardiac care is still driven by the Nationwide Children’s team who are six and a half hours from our home. Zoey was declared uninsurable before birth and I ended up quitting my job to stay with her. Once she was stable I went back to work at a significant pay cut (under half my original salary) in order for Zoey to still qualify to receive SSI insurance. She takes numerous medicines throughout the day, sleeps on a ventilator at night and requires 24/7 nursing care at home, so insurance is a top priority for us.

Being a mom to a CHD child has been the hardest yet most rewarding thing in my life, and I don’t take one day with Zoey for granted. I have spent almost two and a half years living in a hospital, handing my child over for surgery after surgery, never knowing if I would see her alive again. I have held her hand and rubbed her head to comfort her when she was covered with tubes and wires. We have no idea how long Zoey’s heart will last but until then we enjoy every moment we have together.

That is our life on the rollercoaster ride we call CHD.

Looking for more resources for parents of children with CHD? Click here to learn more about the Pediatric Congenital Heart Association.