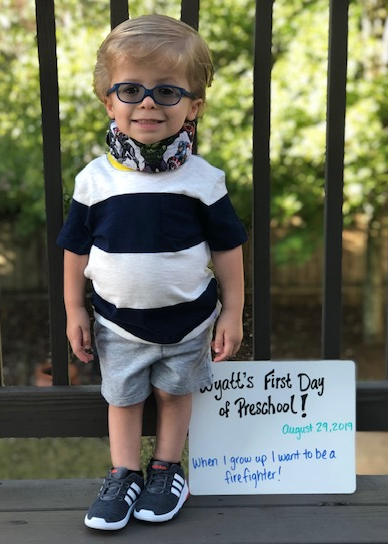 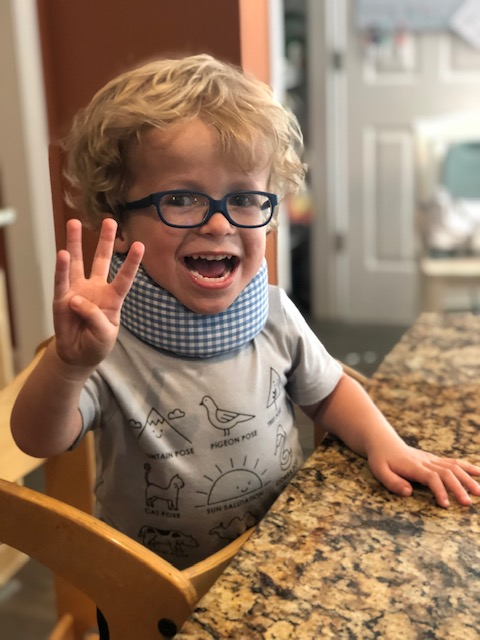 Wyatt is ridiculously smart and has been reading for at least 6 months now. He’s all about math and science, and he’s really into all things monster trucks. He loves baseball, so we’re hoping to sign him up for t-ball in the spring after we finish weaning him off his neck brace. Wyatt has finally grown enough that he can open doors, so his favorite job is to take care of Waylon, our golden retriever, by letting him in and out the house. Our family’s biggest goal is to help Wyatt grow and have the resources he needs. CHOA has followed him so closely every step of the way and I feel like we’ve been well supported. We’re very happy with all of Wyatt’s care team and just blessed that he hasn’t had anything major happen yet.

I’ve been a nurse at CHOA for 14 years, so as soon as we realized we were going to have a child with special needs, I knew what resources to tap into. I have an advantage because I knew what questions to ask and was able to connect with the right people, but the average person doesn’t know all that. I advocate for children’s health by telling Wyatt’s story to help other families going through similar experiences.

Since his birth, our family has become active in the Little People of America (LPA), a nonprofit organization that provides support and information to people of short stature and their families. Wyatt’s dad is the current president for the Georgia Chapter. The LPA is an invaluable resource to families who don’t have any history of dwarfism and don’t know where to start when looking for information. The month of October―National Dwarfism Awareness Month―has taken on a whole new meaning for our family and we now use this time as an opportunity to spread awareness on behalf of others like our son.

Buhle Valleh commented 2019-10-21 06:58:39 -0400 · Flag
My husband was diagnosed with ALS when he was 63 years old 4 years ago. The Rilutek (riluzole) did very little to help him. The medical team did even less. His decline was rapid and devastating. His arms weakened first, then his hands and legs. Last year, a family friend told us about Herbal Medical Clinic and their successful ALS treatment, we write to their email: [email protected] c om and ordered their ALS/MND Formula, i am happy to report the treatment effectively treated and reversed his ALS, most of the symptoms stopped, he is able to walk and able to ride his treadmill again, he is pretty active now.