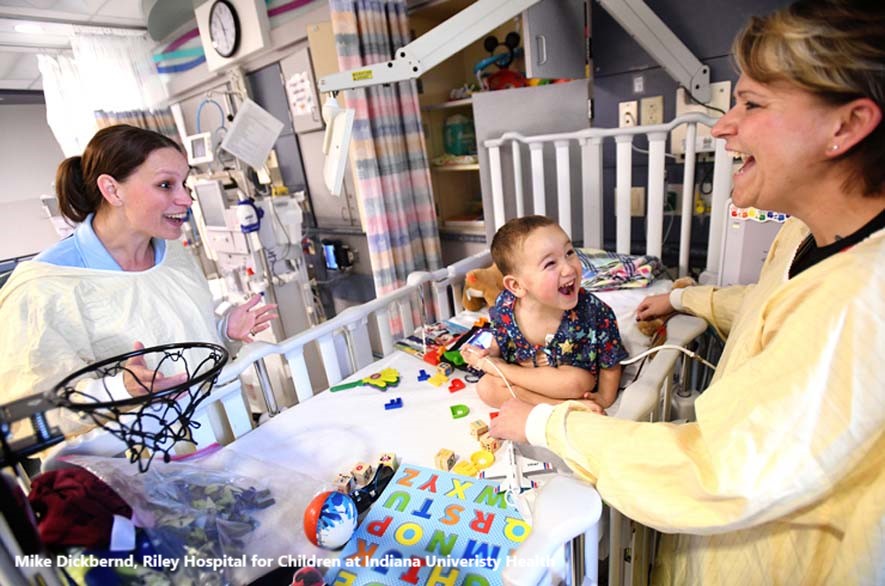 When Henry laughs it is a full-body, head-to-toe roar that can fill a room. His laughter is something that the dialysis nurses at Riley Hospital for Children have come to love. It’s a laughter that is easily brought out and one that brings smiles to everyone around him.

His sense of humor and spirit are inspiring for anyone, but they are even more impressive considering what he has been through in his short life. Born with end-stage renal disease, he’s had 35 surgeries by the time he was 3 1/2 years old. The renal disease also meant undergoing dialysis four hours a day, four days a week. More importantly, he needed a new kidney.

After an emotional plea on Facebook, a long-lost friend of Henry’s mother saw the post, contacted the donor coordinator. Colleen was a match.

“That post came from a moment of desperation,” says Henry’s mother, Emily. “I didn’t mean for it to be pitiful, but it was raw.”

On July 18, 2018–coincidently Henry’s fourth birthday–he successfully underwent the surgery to receive Colleen’s kidney. “It’s exciting, it’s terrifying and it will come with complications, but the fact is that it’s all being made possible by somebody else,” says Jones. “I don’t know that there are words – grateful and thankful are not enough.”