For Rare Disease Day on February 28, Speak Now for Kids honors children with rare diseases and their families. Today we share Vivi's story.

Seven-year-old Victoria —Vivi as she is known by family and friends—is a special child. Not only because her compassionate and loving personality is irresistible, but also because of her extremely rare disease, Niemann-Pick disease type C (NPC). 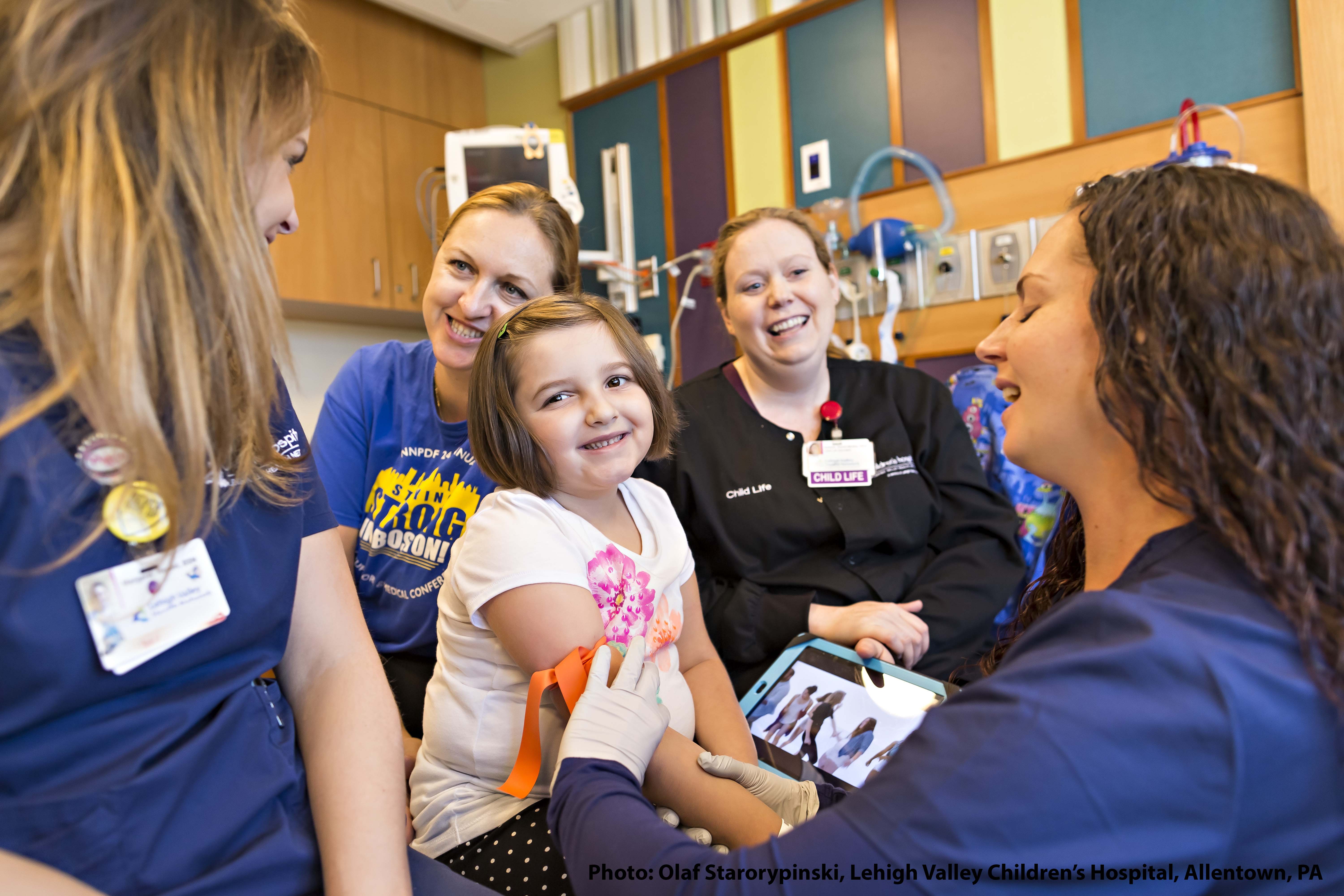 NPC is one of a group of lysosomal storage diseases caused by genetic mutations that affect fat metabolism. NPC patients are not able to utilize and get rid of cholesterol and other lipids properly within and also moving out of the human cell.

Consequently, excessive amounts of cholesterol accumulate within the liver and spleen and critical amounts of other lipids accumulate in the brain. There are around 500 known cases of NPC in the world and, according to medical experts, 100 percent are fatal due to a lack of a cure. This disease changes the question of “WHEN I grow up” to “IF I grow up.”

Vivi and her mom, Mihaela, are optimistic. Vivi is currently enrolled in a clinical trial at Lehigh Valley Children’s Hospital in Allentown, Pa. in hopes that a new drug might give her a chance to fulfill her big dreams for the future. If successful, this trial might bring a new therapy for NPC patients.

“There are not enough words to describe the amazing team that cares for Vivi,” said Mihaela. “Every other week she’s in the hospital receiving spinal infusions. The doctors, nurses and child life specialists are her friends—her angels really. They play her favorite songs and dance together—there’s always a party in Vivi’s room. The kindness and love she gets at Lehigh Valley Children’s Hospital makes each painful procedure tolerable and less scary.”

NPC doesn’t stop Vivi from enjoying first grade. Her favorite subjects are library and music. She loves to read, dance, play with her many baby dolls, color and just be around the ones she loves—she misses her teacher and classmates when she has to be away for medical reasons.

“Vivi is what you’d call an ‘old soul’,” said Mihaela. “What anyone can learn from Vivi is that life is worth living. Every day should be a celebration and love should be given without asking for anything in return. No matter what, she always has a smile on her face and a hug for a friend who needs it.”

Vivi has been greatly influenced by all the amazing people who selflessly dedicated their time and expertise to give her the best medical care. She would like to be a nurse or a doctor when she grows up, so that she can continue the tradition.