In honor of Month of the Military Child, learn how military families like the Geraghtys pursue care for their child, Cole, who has a complex medical condition. Through her previous post, Stephanie shared what it was like to learn of Cole’s condition and how Medicaid benefits helped him and their family. Below she offers more about the family’s move to Colorado and how Medicaid continues to support Cole.

Whenever a military family receives orders and moves to a new duty station, one of the biggest tasks is “starting over” in every aspect of life. Establishing new medical providers, therapies and IEPs for a child with exceptional needs adds an extra layer of stress. When we received orders to Colorado in 2015, we were very concerned about making that transition smooth for Cole. We really loved Children's Hospital of the King's Daughters and Cole had never been seen by anyone else. We worried a different hospital would pale in comparison.

Thankfully, Children's Hospital Colorado has been nothing less than incredible! Cole has had seven procedures there, attends Muscle Clinic twice a year, and sees a myriad of wonderful specialists.

In honor of Month of the Military Child, learn how military families like the Geraghtys pursue care for their child, Cole, who has a complex medical condition.

Being a military spouse means that you are supporting a mission that extends beyond yourself and your family, and that role can result in unexpected twists and turns. Through my 13 years as a Marine Corps spouse, I’ve lived amazing places, met incredible people and made wonderful memories.

This life has also been accompanied with challenges. During a combat deployment in 2011, my husband and I experienced our biggest challenge to date. Our 2-year-old son, Cole, was diagnosed with an incurable genetic disorder called spinal muscular atrophy at Children's Hospital of the King's Daughters (CHKD) in Norfolk, VA.

Cristi and her husband are parents to two special kids. One of their children, Justin, requires a lot more health care services than the other though due to complicated medical conditions. While the family has TRICARE coverage through Dad’s military service, Justin also qualifies for Medicaid because of his special needs. Yesterday, Cristi talked about Justin’s birth and some early struggles with insurance. Today, she’ll talk more about Justin’s life now and how Medicaid helps their family.

I do not get to stop at “mom” — I have also learned many nursing skills. Since I am blessed to be a stay-home mom, we do not receive extra home-health nurses except for sleep hours. Justin’s first few years were the hardest, as he was on the ventilator 24/7. He has a trach, or tracheostomy — a tube in his throat to connect the ventilator to — but needs daily care such as suctioning the mucus to keep it clear. Each day was a blur of reconnecting his ventilator as he learned to move, suctioning his trach, juggling medications, trying to keep him alive.

Today, a typical day for me starts with the night nurse leaving at 6:30 a.m. When I wake him, he requires three breathing treatments and eight medications. Since he’s been able to come off the ventilator during the day, I change that to just oxygen connected to his trach. In dressing him for the day, he also needs braces for his feet and calves. Throughout the day, he needs constant watching (for color, breathing patterns and oxygenation). In the evening, it is another batch of breathing treatments, more medications, and switching him back to a ventilator.

In honor of Military Appreciation Month, Speak Now for Kids is highlighting some very special families. Most military families get all of their health care through the military insurance program known as TRICARE. However, the families highlighted in this series have a child with complex medical conditions who also relies on Medicaid — a program that covers more than 30 million kids nationwide.

Before Justin arrived, we had a healthy 4-year-old and were excited about our second child. Due to a long deployment, we’d “planned” to have our second a lot sooner, but were glad to know Dad wouldn’t be deployed again for a good while. We also loved the base and the town and were planning to finish his Air Force career and stay there.

Justin was born in Minot, North Dakota six weeks early. My water broke early, right after an appointment that showed I was measuring too large and had an extreme amount of fluid. My last memory of being pregnant was a moment of intense pain and a doctor yelling “Let’s go, we’re losing them both!” After an emergency c-section, I woke to a nurse telling me Justin was being flown to Children’s Hospital & Medical Center in Omaha. 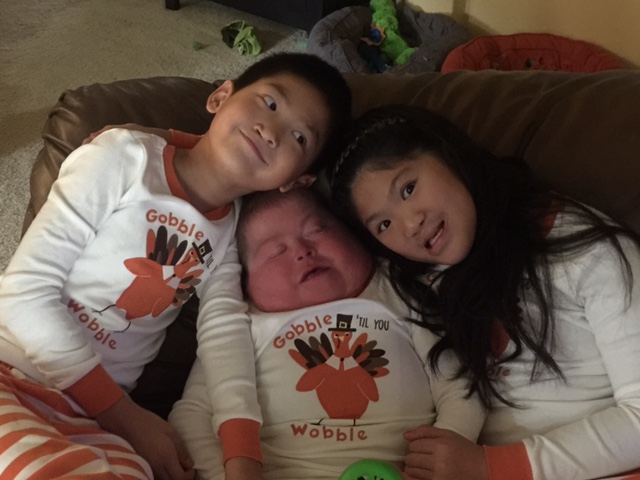 In honor of Month of the Military Child in April and Military Appreciation Month in May, Speak Now for Kids is highlighting some very special families. Most military families get all of their health care through the military insurance program known as TRICARE. However, the families highlighted in this series have a child with complex medical conditions who also relies on Medicaid — a program that covers more than 30 million kids nationwide.

Our oldest son, Nathan, is 17 years old and has a rare chromosome disorder. As a result he has a profound intellectual disability and is considered medically fragile. When Nathan was born we were expecting a “healthy” baby boy. It was immediately apparent that Nathan needed extra help and he was transferred from Eglin Air Force Base to a larger hospital that had a NICU. He spent a total of three months in the NICU and it was there that we learned about his disorder — unbalanced translocation. We were young, first-time parents and were devastated.