‘Tis the Season to Fund CHIP 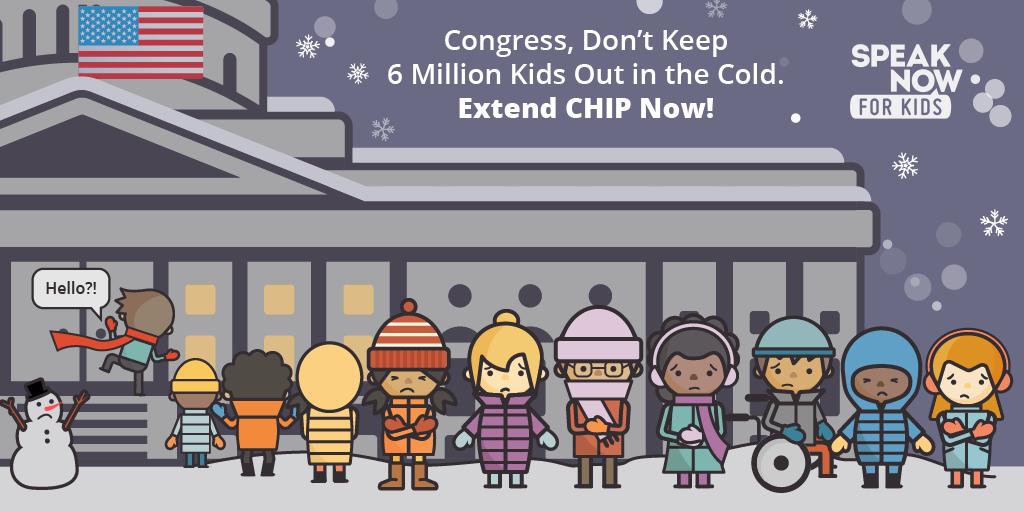 “The CHIP Program Is Beloved. Why Is Its Funding in Danger?” New York Times Editorial Board 12/5/2017

While the U.S. Senate has been focused on tax reform, they turned a blind eye toward millions of kids who are at risk of losing their health coverage soon. It’s been more than two months since funding for the Children’s Health Insurance Program (CHIP) expired.

This winter, many U.S. states will run short on money for continuing health coverage for these low-income children in working families. Senators must not leave kids and their families out in the cold this holiday season!