Louisville teen travels to D.C. to advocate for ailing children

A 17-year-old Louisville resident recently took a four-day trip to Washington, D.C., to convince federal lawmakers from Kentucky to support legislation that aims to cut health-care costs and improve care for sick children.

Kosair Children’s Hospital had tapped Anna-Maria Beck, a soon-to-be senior at Sacred Heart Academy, as a local envoy to get the legislators’ support for the Advancing Care for Exceptional Kids Act (ACE Kids Act), which would make it easier for kids with medically complex conditions to get the care they need under Medicare and Children’s Health Insurance.

About 3 million children in the United States suffer from medically complex conditions, and about 2 million are enrolled in state plans under Medicaid or CHIP.

At birth, Taniah was diagnosed with sickle cell disease, a disorder in which blood cells become sickle-shaped, inflexible and sticky causing a blockage that slows or stops blood flow. When this happens, oxygen is unable to reach nearby tissues and organs, impairing their function. As a result of her condition, Taniah has spent a great deal of time at Ann & Robert H. Lurie Children's Hospital of Chicago. She will be followed by the Hematology Team at Lurie Children’s for many years to come.

Els lived seemingly a “normal life” for nine years. However, this all changed in June of 2015. He was diagnosed with advanced bone age disease and premature adrenarche. Both conditions are extremely rare and often misdiagnosed. However, the gifted medical team at Children’s Hospital of Los Angeles (CHLA) properly diagnosed Els’ conditions and immediately developed a treatment plan. After radically changing his diet, Els now checks in with his care team at CHLA every four months to monitor the progression of both diseases. 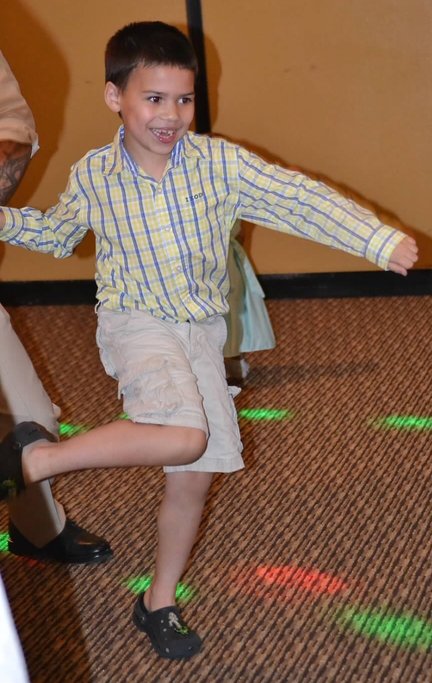 At age three, Colin was diagnosed with autism, sensory processing disorder and developmental delay. He has endured everything from allergy testing, developmental screenings and EKGs to neuro-psych evaluations, sleep studies and assistive technology assessments. At first, Colin was unable to verbally communicate, which led to his extreme frustration and self-injurious behaviors. Through the years, Colin has received speech and occupational therapy services at The HSC Pediatric Center which have miraculously allowed Colin to express himself and overcome his self-injurious behaviors. Additionally, his vocabulary and articulation have improved significantly. Colin is now learning ways to fine tune his conversation skills with the assistance of a communication device.

When Lizzie was born, she seemed to be a perfectly healthy baby girl. Less than 24 hours later, Lizzie’s new parents were informed that their daughter had a congenital heart defect known as transposition of the great vessels. The medical team at Le Bonheur Children’s Hospital stepped in to save Lizzie’s life by performing an open heart surgery when Lizzie was just 5-days-old. As a result of her initial heart condition at birth, Lizzie also was diagnosed with pulmonary stenosis and ventricular septal defect, cardiac issues she continues to receive care for at Le Bonheur Children’s. Lizzie’s life took another turn when she was diagnosed with profound bilateral sensorineural hearing loss at 4-weeks-old. She had surgery to place cochlear implants one day after her first birthday.

At 29 weeks, Casey and her twin, Coral, were born after a sudden rupture forced their mom into labor. Shortly after birth, Casey experienced many health complications, including several episodes of brady-cardia, respiratory distress, apnea of prematurity, low red blood cell levels and more. The medical staff at Women & Children’s Hospital of Buffalo carefully monitored Casey for 10 weeks in the neonatal intensive care unit (NICU), continually providing compassionate and professional care to Casey and her family during this scary time. Following a routine brain scan during her stay in the NICU, Casey was diagnosed with cerebral palsy.

Kenneth and his triplet sisters were born premature at just 25-weeks-old. He only weighed 1lb, 10.5 ounces, and unfortunately he suffered severe brain damage. Kenneth’s parents were informed shortly after his birth that it was likely Kenneth would never walk, talk or breathe on his own. That said, the medical staff at Arkansas Children’s Hospital did not let this prognosis stop them from giving Kenneth the chance at life that every child deserves. After spending 315 days in Arkansas Children’s neonatal intensive care unit (NICU), Kenneth was able to go home.

Emma and her twin brother were born nine weeks premature. Shortly after birth, Emma was diagnosed with grade 3 laryngeal cleft. The gap between Emma’s larynx and esophagus was surgically repaired when she was 3-days-old to prevent eating and breathing problems from developing. When she was 1-month-old, Emma was transferred to Boston Children’s Hospital because she required specialized care beyond the capacity of the hospital where Emma was born. At Boston Children’s, Emma has undergone several surgical procedures to repair her upper airway disorder and frequent aspiration. Additionally, Emma receives care at Boston Children’s for her chronic lung disease and immunodeficiency, which was later diagnosed. Emma is seen by a multitude of specialists and clinics, and she has received years of outpatient therapy from augmentative communication and voice therapy. She can count 10 different specialists as a part of her care team.

Vincent has been in and out of the hospital since birth, but his recurring visits to Levine Children’s Hospital do not define him. Diagnosed at age 12 with prune belly syndrome and chronic renal failure, Vincent could have easily given up. Instead, he persevered through numerous surgeries and procedures as well as seven years of dialysis treatment. When reflecting on his experience at Levine Children’s, Vincent sees the staff as part of his family, making his battle with renal failure a bit more bearable. 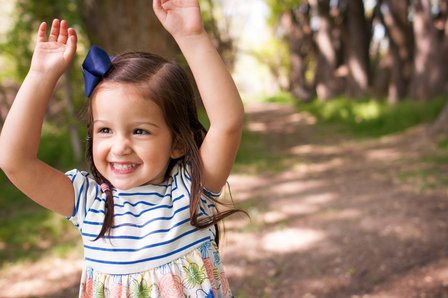