As we close out National Preparedness Month, Sarah Thompson, MA, of Save the Children, shares the organization's recent findings regarding states, parents and the lack of both being fully prepared when disaster strikes. 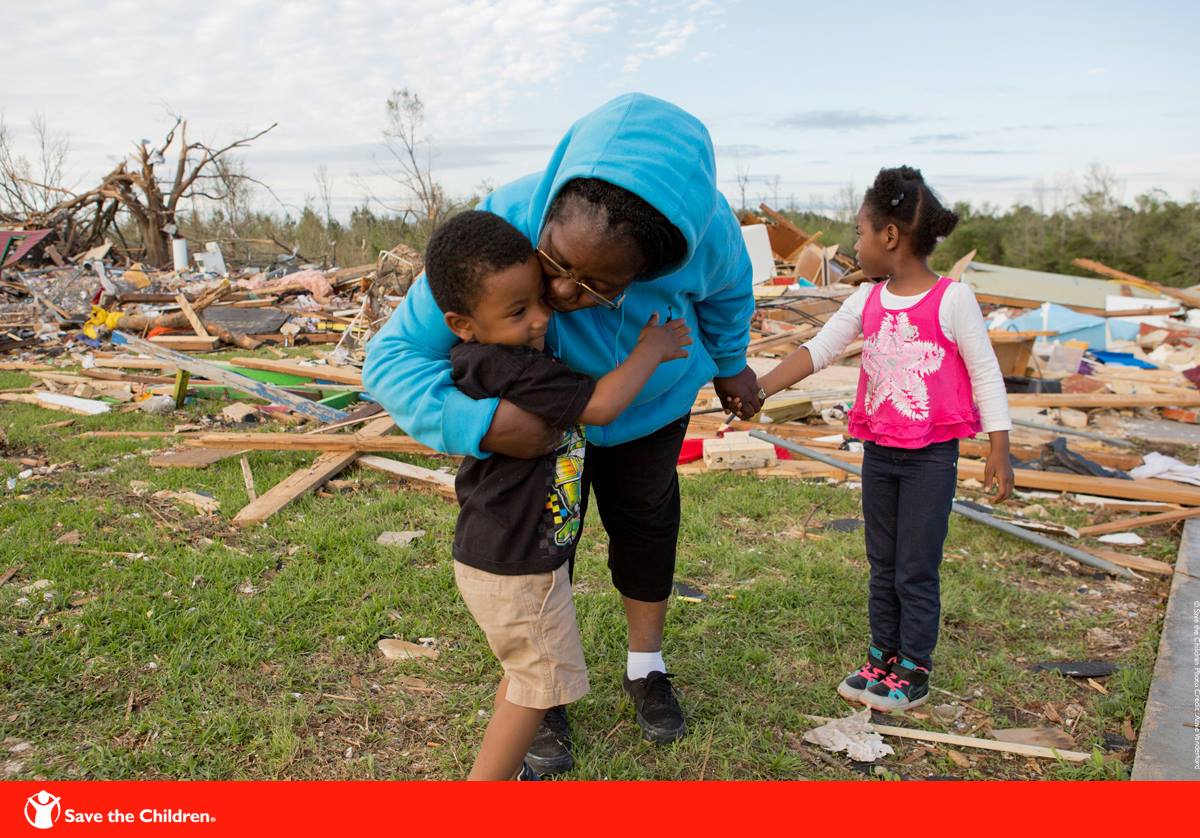 Where are your children right now? Probably in school or child care learning today’s lesson or enjoying a juice box at snack time. But what happened if disaster were to strike? Do you know your caregiver’s plan? Do you know how you would reunite with your child?

Each work day, 69 million children are in school or child care, separated from their family should a disaster occur. Yet Save the Children’s new Disaster Report Card finds that many states and parents aren’t ready to keep kids safe in emergencies. This is particularly startling as we know children are the most vulnerable in disasters and have unique needs that need to be planned for and attended to in crisis. 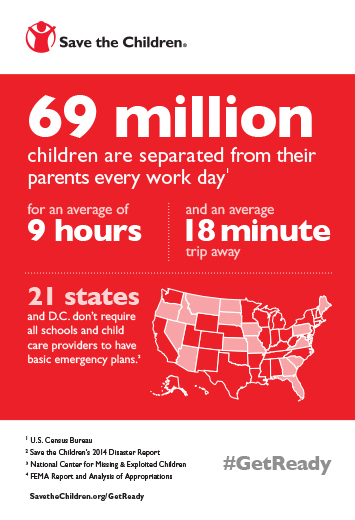 In its eighth edition, the report finds that 21 states and DC still lack at least one of four basic criteria for protecting children in child care and schools. The standards, based on recommendations by the National Commission on Children in Disasters, require that all regulated child care must have: 1) Evacuation and relocation plans; 2) Family reunification plans; and 3) Plans for children with special needs; and all K-12 schools must have 4) a multi-hazard plan. These failing states expose gaps that potentially leave millions of kids unprotected in an emergency situation.

But states regulations are only part of safeguarding kids, and this year in addition to the state report, Save the Children conducted a national parent poll to measure preparedness levels at home (results are highlighted in this infographic).

Results show that nearly half (49 percent) of such parents don't feel very prepared to protect their kids from disaster and only three-fifths (60 percent) report having some kind of emergency plan. But disaster can strike anywhere at any time. In the past year alone, the nation has experienced at least 20 school shootings and 50 major natural disasters.

Two-thirds of U.S. parents with children in child care or school are at least somewhat concerned about the risk their children face from natural disaster (66 percent) and school shootings (70 percent). And rightly so as the threat of disaster is not an abstract one. More than half of families (54 percent) have been directly impacted by disaster. 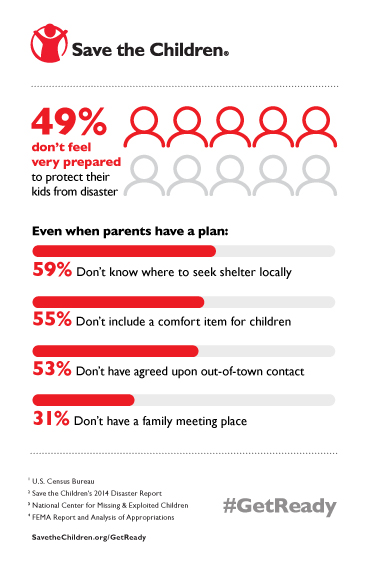 And as for the communication between caregiver and parents, Save the Children poll exposes alarming gaps around emergency plans:

Save the Children's new video, "Where Are You?" illustrates the importance of reunification planning.
Reunification became a national concern after Hurricane Katrina separated thousands of children from their families. It took seven months to reunite the last child with her parents.

So what are you waiting for? You can take action today to protect the children in your family and community. Join Save the Children and Children’s Hospital Association in signing our Promise to Prepare, then make good on your commitment by making a family plan with our Disaster Checklist or hosting a community Prep Rally. Together we can turn the tide in preparedness