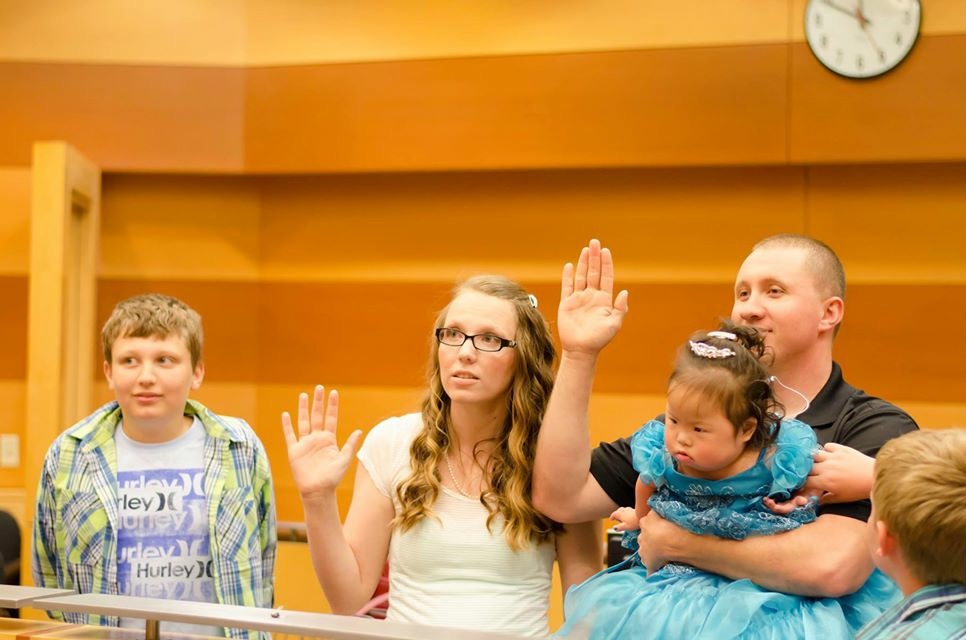 Previously, Austin shared the story of bringing baby girl Melanie into her family’s life, and how TRICARE and Medicaid helped cover her child’s complex medical needs. Today, this amazing mom shares more about Melanie’s medical journey, and how, inspired by their youngest, this family became health care policy advocates.

Our family has developed its own sense of normalcy: in and out of hospitals, chaotic but happy. In 2015, we took our first vacation as a family. Melanie had so many relatives we planned for her to meet, but this vacation would not go as planned.

Halfway through our trip, Melanie became lethargic and we knew something was very wrong. We rushed her to the nearest children’s emergency room and the wait began. They checked her for a temperature (she didn’t have a fever), then they needed to draw labs. By this time, she had lapsed into a coma and the labs were drawn without her even moving.

Minutes turned to hours, and as the lab work came back we were left with more questions than answers. Our girl’s glucose was 31 — 70 is normal. She was in ketoacidosis, but she wasn’t diabetic. Eventually the doctors told us they had no idea what was wrong and they recommended we fly her home to her team of 10 military specialty doctors and to let them figure it out.

We flew home but answers weren't coming, the only possible diagnosis was automatically ruled out because it was believed she couldn’t have two genetic diagnoses. It would take long fights to get genetic testing, family moves and career diversions to find doctors who could help us navigate our daughter’s condition.

We finally found a doctor who was willing to run the test. She cautioned us — she likely would not find a reason for Melanie’s sugar issues but may be able to tell us why she was deaf. About three months later the call came: contrary to predictions, they had no idea why she was deaf but they thought they found the reason for her blood sugar issues. Melanie was diagnosed with Xp 22.33 deletion, presenting as Glycogen Storage Disease Type 0. Time stood still, I could hear the voice echoing in my head but it felt unreal, then I once again cried tears of joy.

For families like mine, a diagnosis brings peace. It brings direction and a path forward. At every step along that path, Melanie surprises us. We were told that because of her various medical conditions, our little girl would never walk or talk. But today, after many hours of therapy — paid for by Medicaid and sometimes over 100 miles from home— she runs around, plays with her siblings, climbs bunk beds when we aren’t looking and is on a T-Ball team. We were told not to hold out hope for a bright future, but experience one interaction with Melanie and you’ll see for yourself: she is the very definition of brightness, with all the sass any five-year-old can give.

Check out Austin's video testimonial about how Medicaid saved her daughter's life. (source: Georgetown University Center for Children and Families) 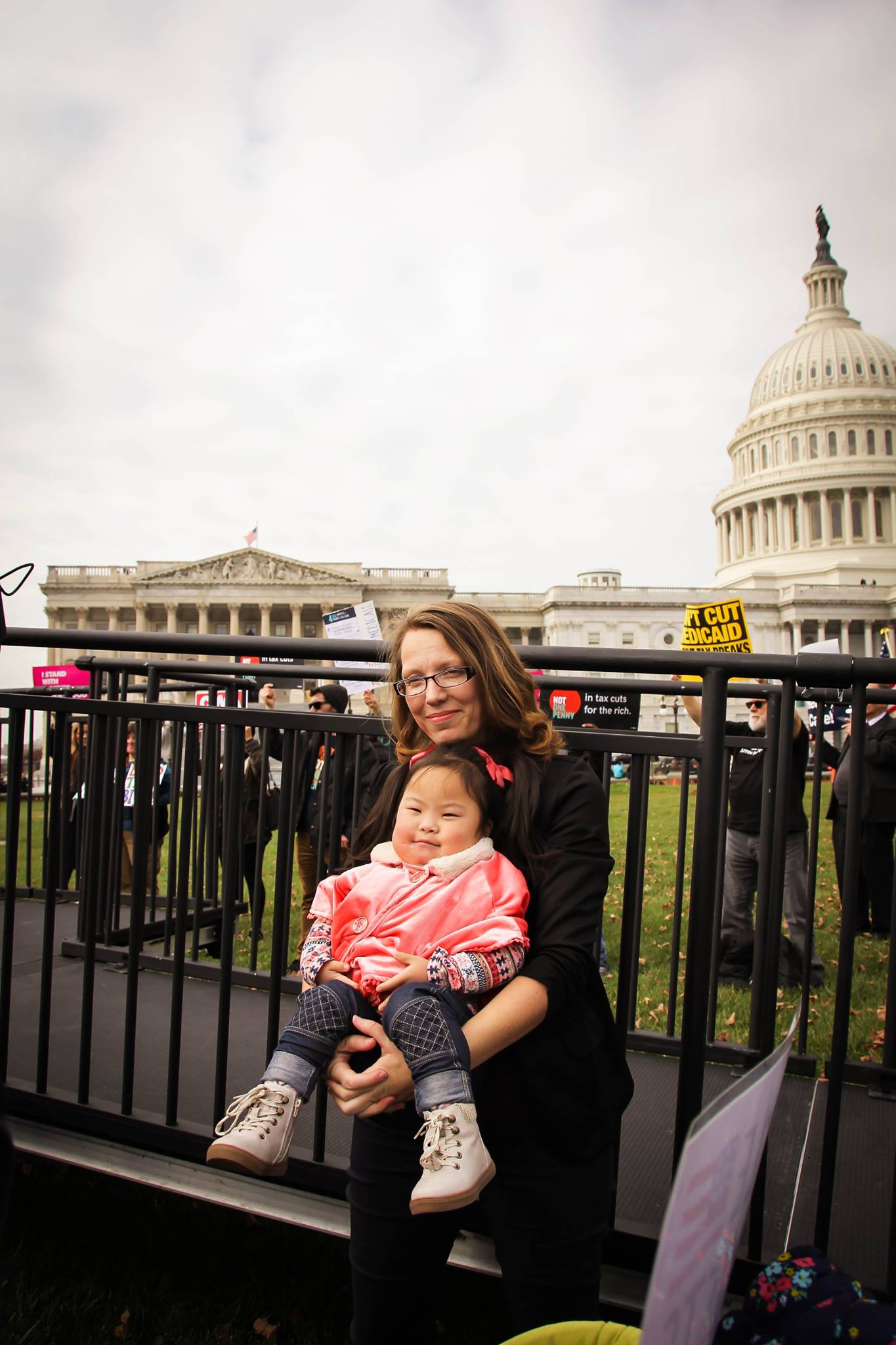 Melanie fights every day to defy what those doctors predicted. So, we fight right alongside her. Together with other families just like ours, we have been walking the halls of the Senate, sitting in meetings with lawmakers and telling our story. We are fighting this fight — OUR fight — to protect health care, and to protect our children. Our little girl shows Congress that hers is the face of health care reform, the face that must be burned into legislators’ minds while they vote, the face of children, like her whose very lives are on the line.

Together, Melanie and I also work with Tricare for Kids Coalition, which was formed around passage of the TRICARE for Kids legislation, part of the 2013 National Defense Authorization Act. This provision required the Department of Defense (DoD) to review and assess pediatric health care services and support and report back to Congress, including plans for addressing gaps. The coalition formed to share experience and expertise, and basically help hold DoD accountable in this space.

We have continued to successfully work with DoD and Congress. Our most recent success was resolving a TRICARE problem with hospice for children, and we were pleased to be a part of a recent Defense Health Board report that validated our efforts to implement a pediatric medical necessity standard in TRICARE.

The one thing I hope every single person can take away from this is that at the end of the day Melanie is just a child. She may have complex medical needs, but she doesn’t know that she’s any different than any other kid. If you see us in public come say “hi.” If your kids have questions about her oxygen, or why she has a wheelchair, let them ask. Don’t quiet them, or turn away, engage just like you would any other child. She wants to interact with her community and she deserves to be treated the same as any other child.