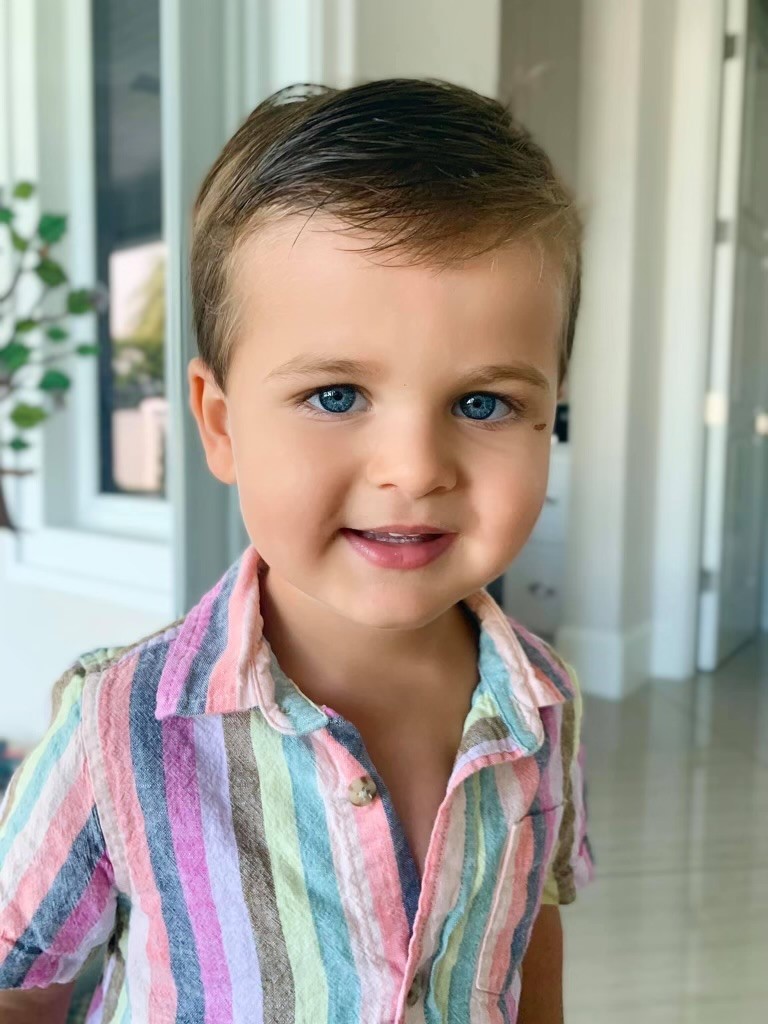 Zac is participating in Speak Now for Kids Family Advocacy Day from June 12-14. Through this event, Zac and his family will discuss his health journey, Joe DiMaggio Children’s Hospital’s role in providing him with necessary health care services, and why the public and our elected officials must invest in the future of patients like Zac.

When Zac was a little over a year and a half old, he was taken to the ER because of a stomach bug and dehydration and was sent home a day later. However, soon after he started to lose the ability to walk or talk.

“The family packed a bag and headed to Joe DiMaggio Children’s Hospital,” says Jessica, Zac’s mother. “He had been vomiting and lost weight and was admitted.”

Tests found a tumor in Zac’s abdomen close to the adrenal glands, Opsoclonus-Myoclonus-Ataxia Syndrome (OMAS), a rare autoimmune disorder of the nervous system, and a neuroblastoma. Following previous experience, the team at Joe DiMaggio acted fast.

Zac underwent surgery to remove the tumor and the doctors were able to remove all of it and he then received chemotherapy. He was also treated for his OMAS. Following a relapse, he went through one more round of chemo.

Due to the COVID-19 pandemic, and his compromised immune system, Zac and his siblings were unable to attend school and they were also homeschooled for a while.

“His siblings all worried about Zac and it was mentally hard,” says Jessica. “The family lived at the hospital, and it was hard, but we have a great support system. Zac fortunately recovered fast. And he is thriving now.”

Zac is doing well and loves riding his Tesla four-wheeler. He will always have OMAS, but his cancer is in remission. He currently goes for scans every six months.