Reilly is an 11-year-old boy from Vermont. He was born healthy in 2006, but by his 2-year-old well-child visit, he was not talking and seemed unsteady. Reilly and his parents were referred to a neurologist and a few weeks later Reilly had a seizure, marking the beginning of a long journey.

When the first round of specialists had no answers, Reilly’s family traveled 4.5 hours from their home to Boston Children's Hospital (BCH). Hundreds of tests indicated that everything was normal, yet Reilly was still declining. In April of 2012, the team at BCH enrolled Reilly in a genome sequencing research study. 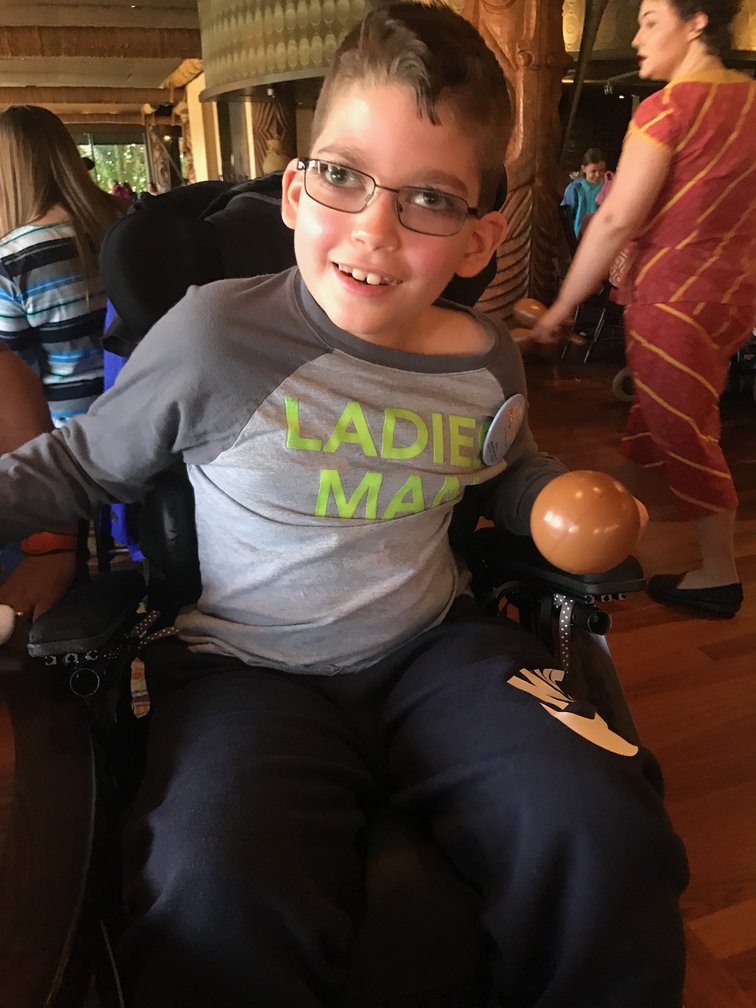 On June 21, 2013, the family learned that Reilly has a KCTD7 mutation. He is one of only five people in the United States — and 30 in the entire world — with this mutation. A once active child, he is no longer able to eat, walk, or attend school.

“Being a parent to a child with KCTD7 extremely hard,” said Reilly’s mother, Irene. “You go from having a perfectly healthy child at birth to an 11-year old with very little function. It seems as you lose a function you gain more medical issues or supplies.”

However, he enjoys family trips to Disney and Maine. He has been tubing, zip-lining, kayaking, and four-wheeling — he’s even conquered roller coasters. Reilly’s family works hard to stay active. Though no cure exists for KCTD7, the team of doctors at BCH and Reilly’s pediatrician have kept him at his best.

It is possible that Reilly wouldn’t be here without access to BCH. Without Boston Children's Hospital, the family does not believe they would have ever gotten a diagnosis for Reilly. The level of specialization that is required for his care simply doesn’t exist in Vermont.

Join us in welcoming Reilley to Washington, D.C.!

Heather Todd commented 2017-06-13 18:40:36 -0400 · Flag
I am so blessed to have known this family for many years. Reilly and his parents are such an example of love and acceptance. They seize every opportunity and give back to so many other families that have children with complicated health issues. They face every challenge with with grace and determination! 💕
Pat Kondrat commented 2017-06-13 16:58:29 -0400 · Flag
Reilly & his parents are rock stars & inspirations to all! They “Never Lose Hope”