In 2012, Norah was born with spina bifida, a birth defect in which a baby's spinal cord fails to develop properly. She underwent surgery at Wolfson Children’s Hospital to close the hole at the base of her spine, and later required a second surgery to implant a shunt to drain fluid from the brain. According to her mom, Megan,  the family didn’t know about Norah’s condition until right after she was born.

“To say we were in complete shock would be an understatement,” said Megan.

Further complications revealed there was another defect located at the base of her skull in the spinal cord. More surgeries followed, including the placements of a breathing tube to protect Norah’s airway, and a feeding tube to help her eat until she was able to swallow on her own. 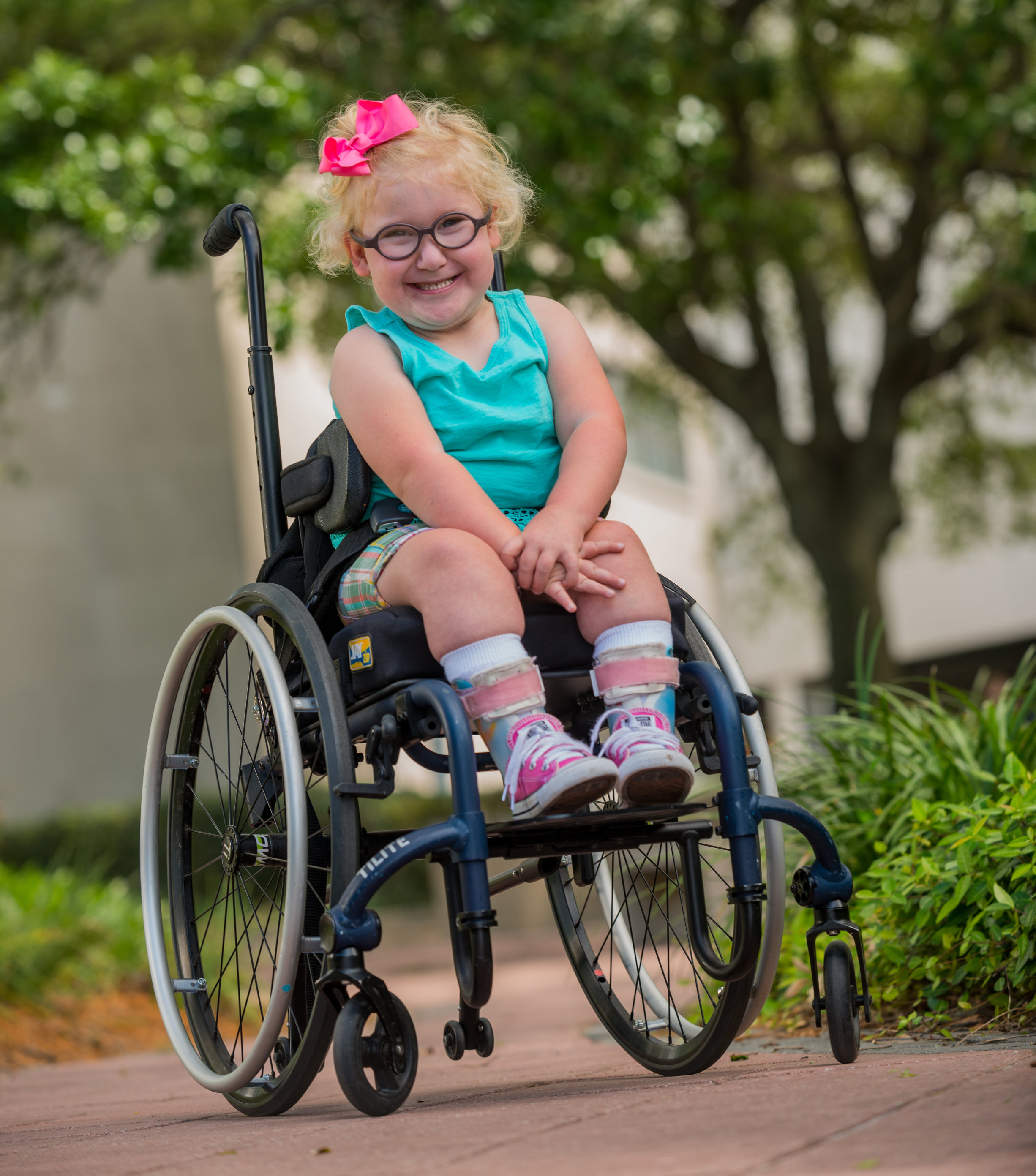 Megan describes being a parent of a child with spina bifida as challenging, exhausting, but “very rewarding.” With Norah being their first child, they didn’t know what it was like to have a “typical” child. So, the extra doctors’ and therapy appointments and the additional time it takes to do simple things has become their “normal.”

“The care coordination the center provides has been invaluable, from helping us with insurance to making sure that her medical needs are met,” noted Megan. “We’re also thankful for Medicaid. We’d be so deep in the hole without it.”

Now 5 years old, Norah no longer has the breathing tube and she’s working with a pediatric physical therapist on strengthening her legs and core. In another year, Megan thinks she’ll be ready for Kindergarten.

“We can’t thank Wolfson Children’s and the Bower Lyman Center enough,” she said. “We can’t imagine someone not having the opportunities we’ve had for our child.”

Join us in welcoming Norah to Washington, D.C.