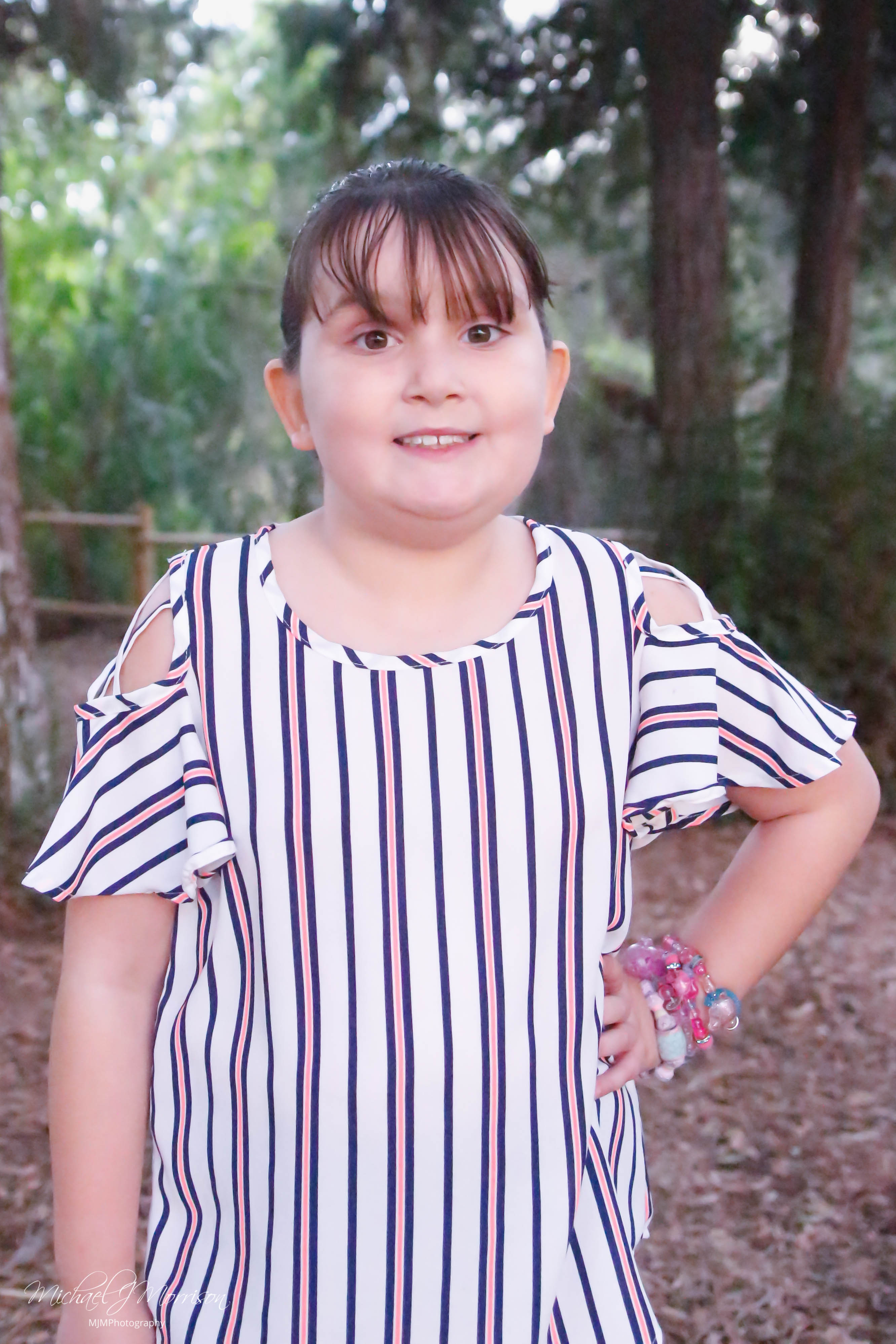 Madison AKA Maddy is participating in Speak Now for Kids Family Advocacy Day from June 12-14. Through this event, Maddy and her family will discuss her health journey, CHOC Children’s role in providing her with necessary health care services, and why the public and our elected officials must invest in the future of patients like Maddy.

Maddy has been sick off and on since birth. “There were always strange severe things with little explanation,” says Angel, Maddy’s mother. “Doctors have struggled to diagnose the root cause of her illness.”

When Madison was four years old, she started having bad stomach pains, migraines, and severe vomiting spells. She was admitted to the hospital for dehydration and more tests were conducted and she was diagnosed with cyclic vomiting syndrome (CVS).

Then things escalated very fast. She was admitted for a vomiting episode with dehydration and critical low blood sugar in December 2017 and January 2018. Shortly after she was discharged the second time around, Maddy had a third episode, but the prescribed medicines were not working.

“She was miserable,” says Angel. “We decided to take her to CHOC Children’s. We begged the doctors there to find better answers and solutions.”

Maddy was admitted immediately and had three grand mal seizures within 15 minutes during her first night at the hospital. She was given a spinal tap, but the results were inconclusive. The ER doctor told the family that the flu was really hitting kids hard that year and performed a nose swab test. This test came back positive. Maddy had Influenza A. “Thank goodness the doctor performed this simple test because it certainly helped the timeline in saving Maddy’s life,” explains Angel.

She was incredibly sick and sent to the PICU for close observation. Doctors became very concerned when Maddy’s pupils did not react to light signals, and she was experiencing massive swelling in her brain from the flu virus. They quickly placed her on life support and intubated. The swelling continued to worsen and was getting close to her spinal cord.

“If the swelling had continued, Maddy would have died,” says Angel.

In an attempt to save Maddy’s life, Dr. Louden, a neurosurgeon from CHOC proposed a revolutionary procedure.

“He explained that there was no guarantee it would work, but if nothing were done, we would lose Maddy,” says Angel. “There were just so many unknowns. Our life was filled with uncertainty.”

The surgeons operated and removed the front part of Maddy’s skull. She woke up, and while recovery was slow, she has exceeded her doctor's original expectations. She continues to have struggles and medical needs, but receives lots of physical, occupational and speech therapies. Since then, she has had two additional brain surgeries.

Madison is now 10 years old and overall, she is in good health. She likes arts and crafts, makeup and music. “We are still unsure what had caused all her severe health issues and vomiting episodes previously,” says Angel.