12-year-old Kennedy is a fighter! She fought to survive in the womb, and continued that fight while in the neonatal intensive care unit (NICU) with blood sugar levels so low her medical team prepared for the possibility of stroke. Faced with multiple negative prognoses, such as a complex chromosomal anomaly, intellectual disability and Lennox-Gastaut Syndrome (epilepsy), Children’s National Health System began Kennedy’s early intervention services at 8 months.

When her mom first met with a geneticist, she was told Kennedy was not expected to walk or talk, would be severely mentally retarded and would need to be institutionalized. Not one to be pessimistic, Kennedy’s mother TjaMeika wanted to offer her daughter every opportunity to thrive.

She still needs assistance with daily activities, such as feeding, bathing and dressing, but every milestone she has met to this date was hard fought. 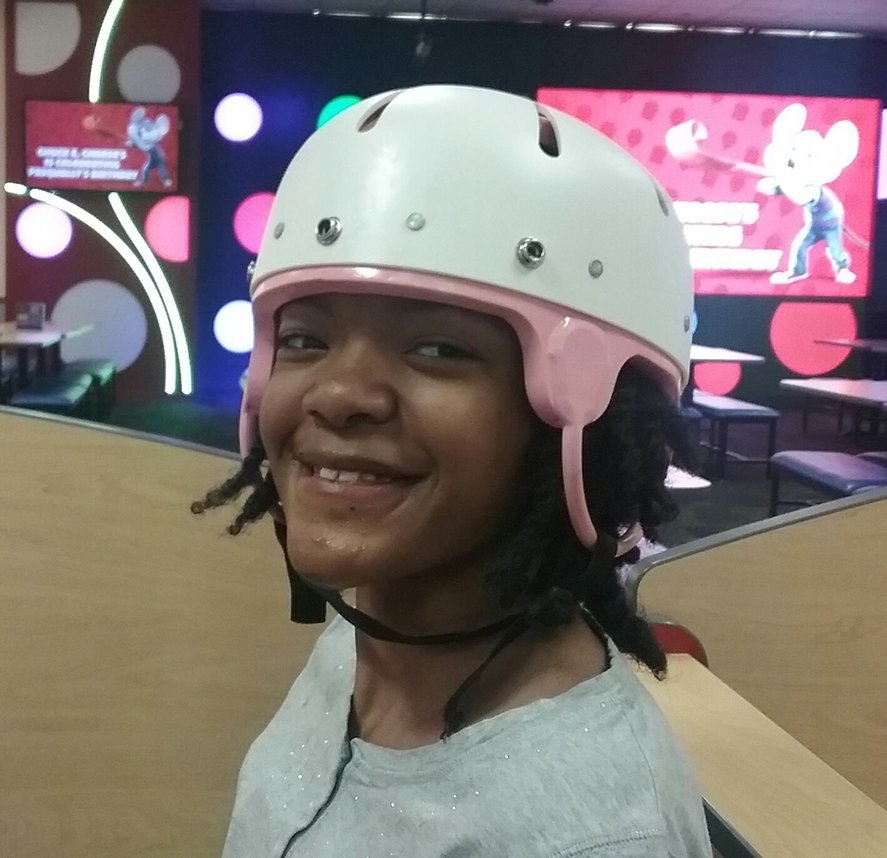 “Medicaid,” according to TjaMeika, “is imperative for Kennedy’s health and well-being.”

TjaMeika describes how Medicaid allows her family to afford the six maintenance medications Kennedy takes twice daily. It also pays for doctor visits, hospitalizations, and her durable medical equipment (things like her wheelchair, feeding/activity chair, gait trainer, leg braces, and helmet which allow her to gain mobility and independence.)

Today, Kennedy is a very happy girl with a radiant smile who loves singing, dancing and playgrounds. She can often be found in the kitchen, her hands covered in pancake batter and syrup. Her pediatrician is her biggest cheerleader, constantly praising her accomplishments and encouraging her parents to dream big for her future.

When asked what she would like for others to know about interacting with Kennedy and other medically complex children, TjaMeika asked that we all, “always, always, always engage the child. No matter how intellectually disabled they may be, our children know they’re different and they simply want to be like everyone else.”

Whether it's the autism, epilepsy, intellectual disability, ADHD, gait anomaly, or any of her other struggles, Kennedy is determined to be her best.

In a word, she's persistent.

Join us in welcoming Kennedy to Washington!