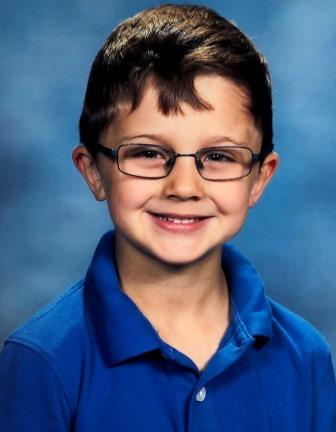 Jackson is participating at 2018 Speak Now for Kids Family Advocacy Day from June 26-27 in Washington, D.C. During the event, Jackson will share information about his health journey and the importance of children’s health care with members of Congress. Below is his story.

As all parents know, sometimes a rash is just a rash — inconvenient and uncomfortable for children, but nothing to worry about. But for young Jackson, a rash was a sign of a more serious health problem. When he was 2-years-old, his mother noticed the small rash on his cheek which soon spread to his face, arms, legs and torso.

Eventually, Jackson developed open sores on his knuckles and weakness in his legs. The once healthy and sure-footed toddler began falling constantly.

Over a five-month period, Jackson’s parents took him from doctor to doctor until, finally, a pediatric rheumatologist, Teresa Hennon, MD, at the John R. Oishei Children’s Hospital diagnosed Jackson with juvenile dermatomyositis (JDM). This autoimmune disease causes skin rashes and muscle inflammation in children, resulting in weak muscles. It is a precursor to juvenile arthritis for some children.

Dr. Hennon immediately put Jackson on high-dose oral and IV steroids, along with weekly shots of chemotherapy administered at home. Soon after that, she added more medications and intravenous immunoglobulin (IVIg) treatment.

Taking such strong medications and dealing with the side effects would be difficult for any 2-year-old, but Jackson did it all with a smile on his face. After one stay in the Pediatric Intensive Care Unit, Jackson turned to his mother and said, "How's your life doing, Mama? Mine's doing pretty good.”

Jackson’s weekly infusions of different medications have progressed to monthly prolonged hospital stays when needed. Amazingly, he is currently showing no signs of disease and is doing great! Jackson does not let his rare disease stop him. He is a fighter!

Join us in welcoming Jackson to 2018 Family Advocacy Day!