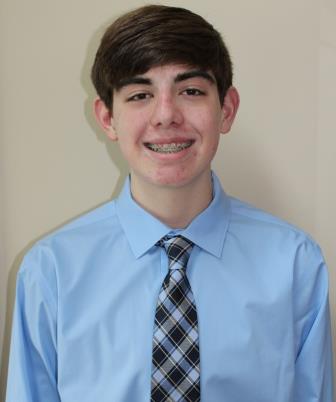 Grant is participating at 2018 Speak Now for Kids Family Advocacy Day from June 26-27 in Washington, D.C. During the event, Grant will share information about his health journey and the importance of children’s health care with members of Congress. Below is his story.

Grant was healthy the first several years of his life. But a few months after his eighth birthday, he developed digestive issues and lost a tremendous amount of weight. Figuring out a cause took time, but he was eventually diagnosed with Crohn’s disease — an inflammation of the digestive tract that can cause abdominal pain, severe diarrhea, fatigue, weight loss and malnutrition.

Grant and his family pursued treatment at the Children’s Hospital of Philadelphia (CHOP) under the care of Andrew Grossman, MD, co-director of CHOP's Center for Pediatric Inflammatory Bowel Disease.

“Grant entered CHOP’s care with a disease that was progressing unchecked,” recalls David, Grant’s father. “He was starving, unable to absorb the food he was eating. The weight loss was dramatic, so much so that his body stopped growing. Under CHOP’s care, he has been able to attain remission and grow during these important developmental years.”

Grant is very appreciative of the care he had under Dr. Grossman. He made Grant feel like he was a participant in his care, instead of dictating to him. “He talked to me like a person, not a child,” says Grant.

With Grant’s Crohn’s disease now in remission, he can be a typical teen, enjoying time with friends, video games, shoes and fashion. He also plays volleyball, and has found a home in the sport. Grant is a good student and is enjoying his freshman year of high school, though school hasn’t always been easy.  He chose a care plan that called for the insertion of a feeding tube almost daily for two years. He now receives infusions every six weeks.

Grant has faced all of his treatments over the past seven years with resilience and a positive attitude. The care Grant has received at CHOP has permitted him to lead the life of a normal, healthy teen because his disease has been managed so effectively. He is looking towards a future that involves a college education and a career in the medical field.

Join us in welcoming Grant to 2018 Family Advocacy Day!