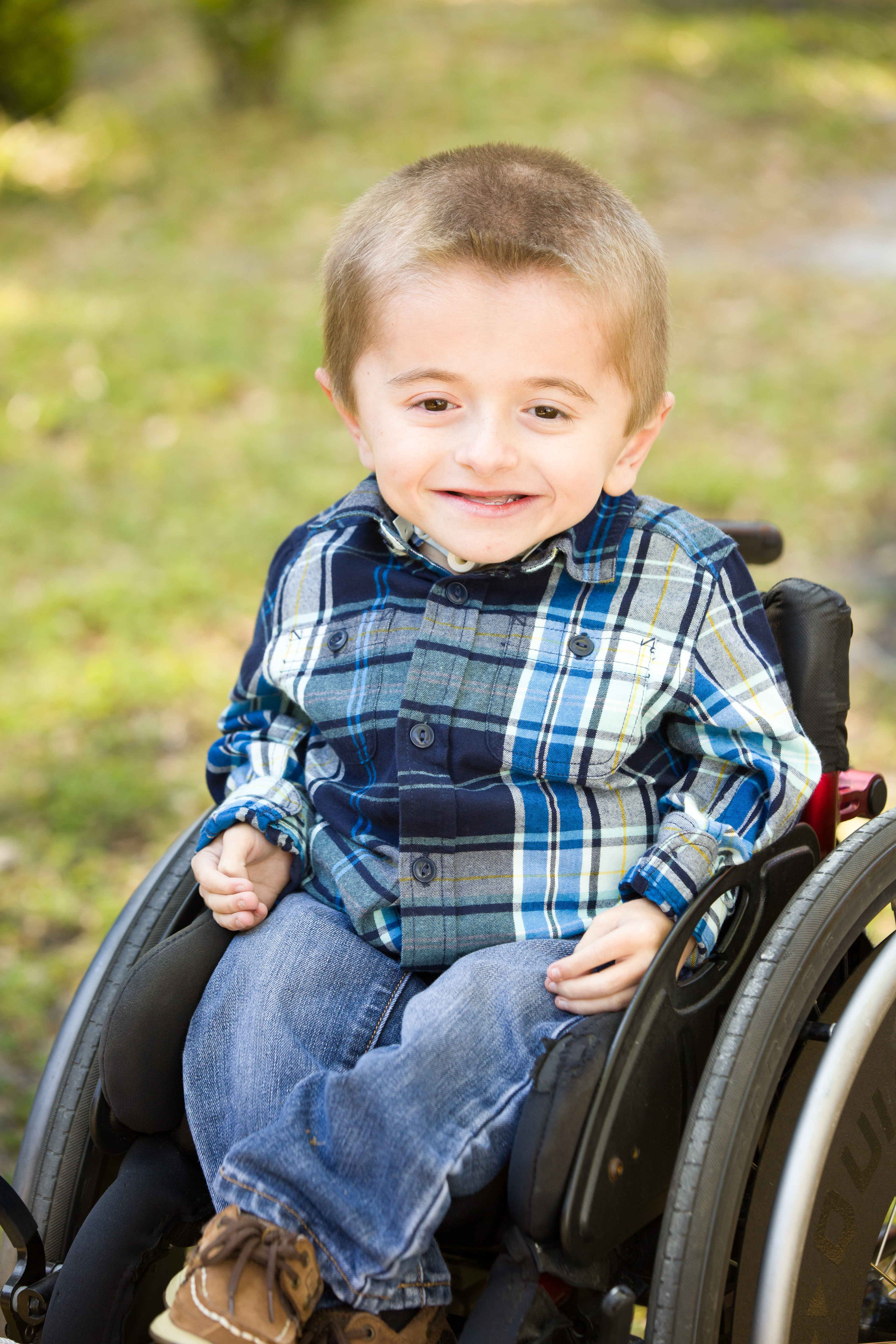 Gage is participating at 2019 Speak Now for Kids Family Advocacy Day from June 25-26 in Washington, D.C. During the event, Gage will share information about his health journey and the importance of children’s health care with members of Congress. Below is his story.

Nine-year-old Gage is always happy and can do anything he sets his mind to. This tenacious fighter was not supposed to survive birth, but he has spent the past nine years proving everyone wrong.

When Gage’s mother was just 20 weeks pregnant, a sonogram showed something was off—his bones were breaking. An amniocentesis revealed that Gage had osteogenesis imperfecta—also known as brittle bone disease. Because his bones were so fragile, doctors feared his ribcage would break and his lungs would collapse.

Gage was born surrounded by a medical team ready to jump into action. He spent most of his early life in and out of Wolfson Children’s Hospital to treat pneumonia and receive infusions of medicine to strengthen his bones every other month.

Even though Gage still relies on a wheelchair and tracheostomy tube, his health has tremendously improved over the years! We’re so proud of you, Gage!

Join us in welcoming Gage to 2019 Family Advocacy Day.