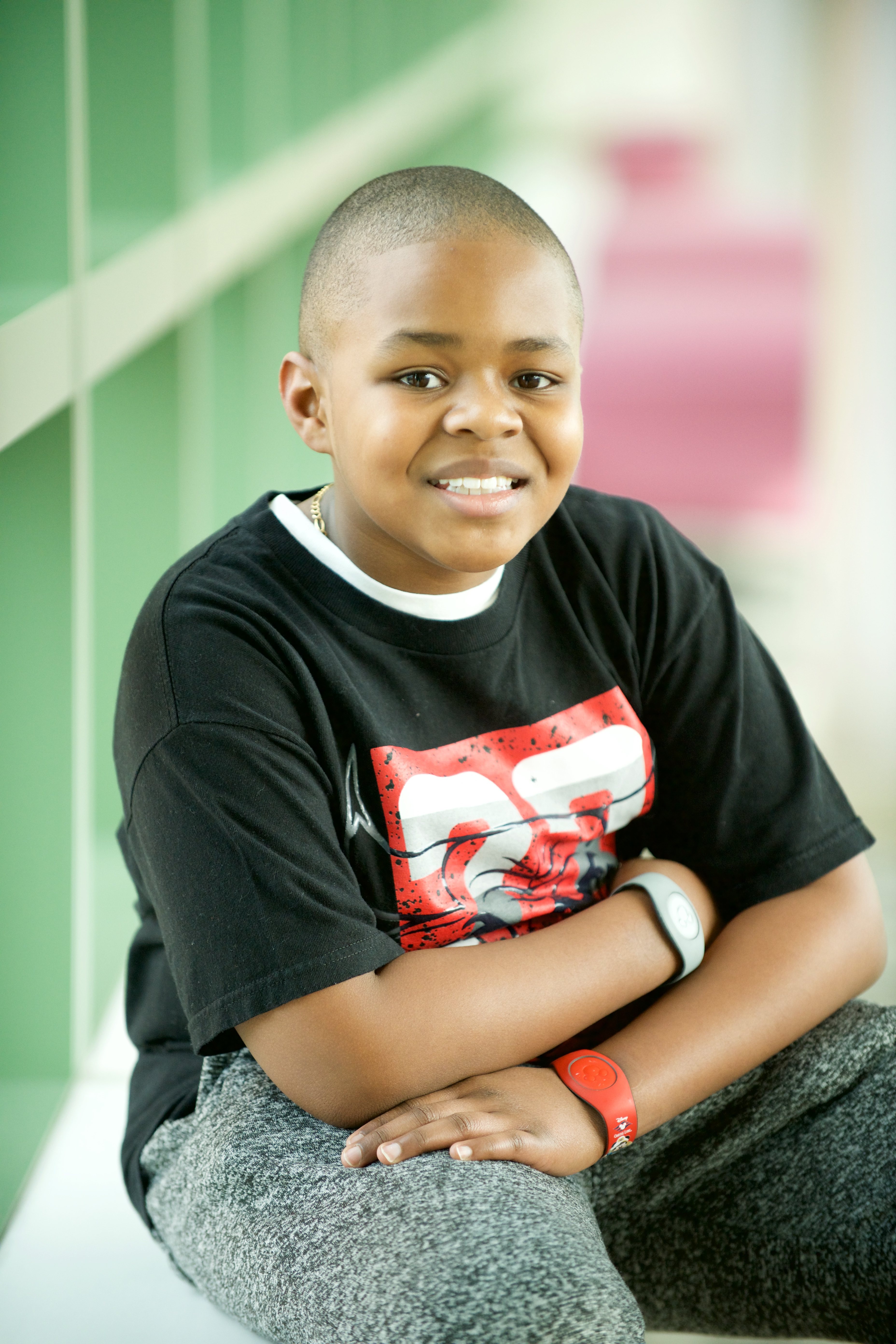 Donovan is participating at 2018 Speak Now for Kids Family Advocacy Day from June 26-27 in Washington, D.C. During the event, Donovan will share information about his health journey and the importance of children’s health care with members of Congress. Below is his story.

In 2016, then 7-year-old Donovan was hit by a soccer ball — an experience he reflects on fondly. Though he had shown no symptoms before the incident, he and his family learned that he had a tumor because of that fateful accident.

On Sept. 21, 2016, Donovan was diagnosed with undifferentiated embryonal sarcoma of the liver (UESL), which was growing and causing him a tremendous amount of pain along with significant health issues.

Admitted a week before his diagnosis to Akron Children’s Hospital, Donovan remained in the hospital until Oct. 28. During that time, he had a biopsy of the tumor, a port placed in his chest, and received his first round of chemotherapy.

Donovan returned to the hospital just two days after leaving to continue treatment. He completed three more rounds of chemotherapy before having surgery in late December to remove the tumor.

During his treatment, Donovan interacted with teams from many departments at the hospital: Palliative Care, Child Life, Physical Therapy, Occupational Therapy, Art Therapy and Music Therapy, as well as the awesome team of doctors and nurses.

Donovan says he acted the same during his treatment as he did before it, and it’s true! A giant super hero fan, Donovan turned treatment into an adventure straight out of the pages of a comic book. He named his tumor "Dark Seid," after a famous villain. "Wonder Woman," Donovan’s favorite super hero, was the chemotherapy that went through the magic portal known as the “boom tube” (his port) to attack Dark Seid.

Donovan was scheduled to have three rounds of Wonder Woman (also known as chemotherapy to those not in the know) following his surgery in December, but thanks to the great care of staff at Akron Children’s Hospital and the prayers of friends and family, he only needed two rounds! In March of 2017, Dark Seid was vanquished and Donovan officially went into remission.

Now 9 years old, Donovan loves learning — especially about math and history. Donovan is very friendly and gets along well with everyone he meets. Donovan is a big fan of “Star Wars” and super heroes. He enjoys playing with action figures, along with cooking, board games and soccer.

Join us in welcoming Donovan to 2018 Family Advocacy Day!

Tish Poole commented 2018-05-15 14:27:41 -0400 · Flag
I am so incredibly blessed to have Donavan in my life. Not only does he inspire me, he has taught me how to be a more obedient servant to God. How to have trust and keep your faith no matter the circumstances. How a smile can change someone’s entire day, even when your day is not going well. I love you, Donavan and I am so proud of You! – Ms. Tish