Brody was born with an abdominal wall defect called an omphalocele, a condition that only happens in one of every 10,000 children and causes many of his organs to be outside his body in a protective sack. He spent the first 7.5 months of his life at Boston Children’s Hospital (BCH) where he underwent a complicated procedure to put his organs inside of his body. Due to this birth defect, Brody still has some cardiac and respiratory issues.

“We didn't know about Brody's heart and lung conditions while I was pregnant,” explained Brody’s mom, Maureen. “This was all discovered after Brody was born.” 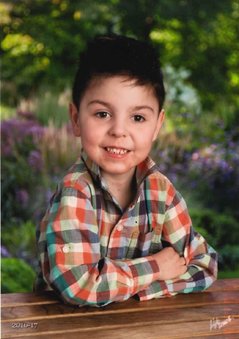 While describing her active, fun-loving 5-year-old, Maureen talks about how, in spite of the Brody being born with omphalocele, she hasn’t held him back from doing anything any other child is doing at his age.

In his five years, Brody has endured over 15 surgeries, all while continuing to see multiple pediatric specialists. Yet, you would never know this by looking at him and his trademark smile as he plays with his brother and friends. It is likely that Brody would not be here had he not been treated at BCH immediately after his birth.

“When Brody left BCH at 7-months-old, he was called the ‘million dollar baby,’" Maureen said. “Thankfully, we didn't see one bill from that. Brody has been able to receive all the care he needed with Medicaid.”

It is certain that his quality of life would not be as good as it is today without BCH. His mother believes that without the coordinated specialty care they provided, he would have had many more setbacks impacting his growth and ability to thrive.