Every Monday for the rest of the year, Speak Now for Kids is celebrating Medicaid Matters for Kids Mondays with posts highlighting the importance of Medicaid in children’s access to health care. To officially kick off Congenital Heart Defect Awareness Week 14 year-old Jack gives us a first-person look at what it is like growing up with CHD.

My name is Jack Radandt and I was born on April 15th 2001 with a congenital heart disease (CHD) called hypoplastic left heart syndrome (HLHS). I went home an undiagnosed baby until my parents noticed something strange about me and rushed to our local hospital. I was then transferred to Children’s Hospital of Wisconsin where I received three open heart surgeries by the time I was three. Despite everything, I basically grew up a normal kid with the exception of having yearly checkups and daily medication. I knew I had a congenital heart disease, I just barely noticed it was there. I was able to go to a normal school and play sports (with some restrictions).

Until 2012 I was easily able to keep up with other kids my age. It was then that I realized that I was starting to tire easily and couldn’t run very far. This kept getting worse; it even got to the point where I kept falling asleep after school and I couldn’t hold anything down. I was later admitted to Children’s Hospital of Wisconsin where I was placed on the transplant list and was given a picline. This was a very scary thing as an eleven year old, and I was definitely not ready to get a heart transplant. I was in and out of the hospital from then until November 14th 2012 when I was admitted for three months. Once admitted my health rapidly deteriorated. I was so sick they put me on morphine, and I went through another surgery on December 23rd 2012. In this surgery a device called a Heartware Ventricular Assist Device (HVAD) was placed. I was the first single-ventricle in the U.S. to have this device, second in the world. I was in the hospital about two more months after that and while I received a device that gave me strength, I still had anxiety about not being able to leave the hospital. Finally I went home February 14th 2013. I was the first in the world to go home on this device. 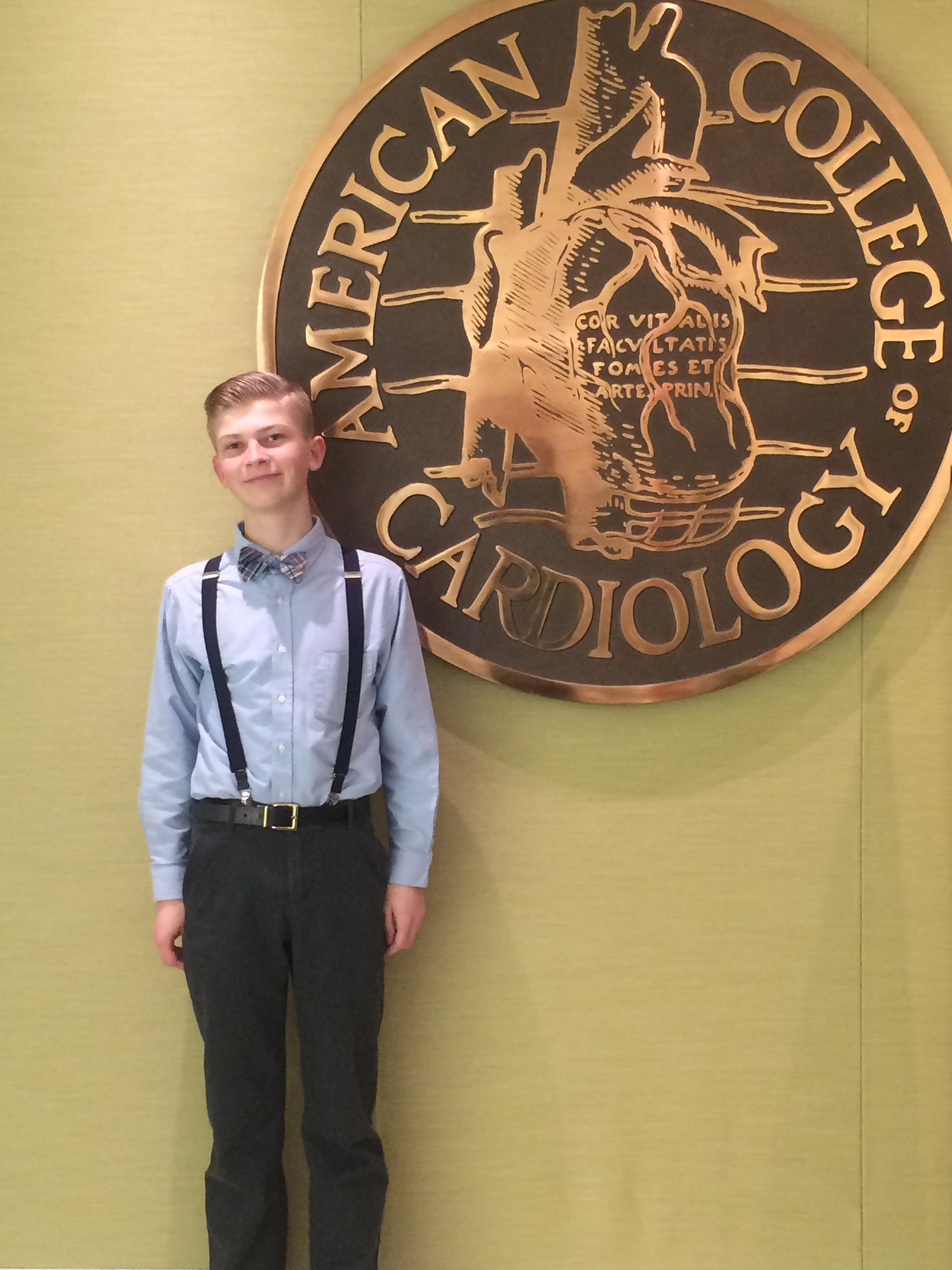 At home I started getting back into my normal schedule along with the schedule I had with the (HVAD). I eventually was able to go back to school with my mom there since none of the teachers were trained on the (HVAD). Even though I was glad to be home and back at school, I still was very afraid that something would go wrong with my device when I was not in the hospital. I never made it to a full day of school because I was always too tired or weak to. I would just go to certain subjects throughout the day.

On May 20th 2013 I woke up thinking that I would try a to go a full day, but before I even left to go to school my mom got a call from a nurse practitioner in Milwaukee saying there might be a heart for me. We rushed down to Milwaukee where I had a heart transplant. The heart was a negative cross match and I was out of the hospital in only eleven days.

After my heart transplant I was able to return to normal school by myself and am able to participate in sports with few restrictions. Now I love advocating for CHD and do speaking events around the country in the hopes of improving the lives of other children with CHD.