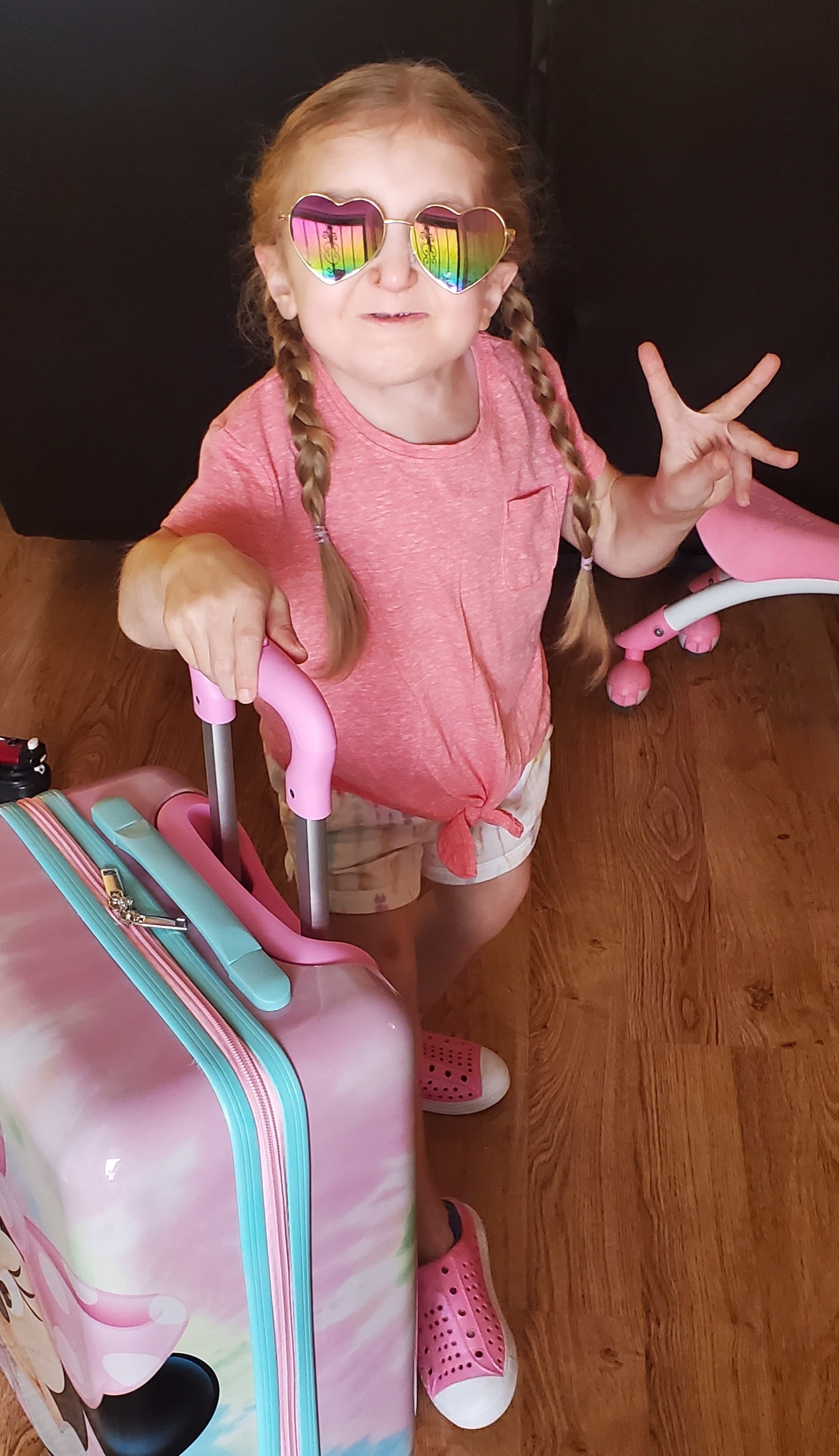 We were honored to have Paisley join us for Family Advocacy Day in 2022. Through this event, Paisley and her family discussed her health journey, and why Medicaid Matters in her healthcare.

Following the 20-week anatomy scan, doctors were concerned about signs of abnormalities with Paisley. After Paisley was born with a cleft pallet, she remained in the NICU where she was diagnosed with dwarfism and Schwartz-Jampel syndrome, a rare condition characterized by permanent muscle stiffness and bone abnormalities.

“There was mostly a fear of the unknown, due to the rarity of her condition,” says Stacy, Paisley’s mother. “There have been less than 100 cases ever reported.”

Paisley has faced reoccurring respiratory illnesses for several years, often for days or weeks at a time. She was on oxygen for three years, currently uses a CPAP machine for sleep and still receives ongoing treatments for breathing and oxygen saturation. Paisley’s care, other than her orthodontic care, is covered by Medicaid.

Thankfully Le Bonheur Children’s Hospital has been able to provide care for her complex needs in one place.

“Paisley has been fortunate to have Medicaid since she was a few months old. There's no way our family could possibly afford all of the health care for her complex medical needs and numerous hospital stays,” says Stacy. “I had to quit my job as a Business Systems Specialist to care for Paisley. We became a one-income household and could barely afford the necessities. Then, in 2016, Paisley's father died in a car accident, leaving me a single mother of two children.”

Medicaid has given them peace of mind. “I've never had to worry about whether or not Paisley would have all of her medical needs met, so I am able to focus primarily on her health journey. It's vital that lawmakers understand the real danger in cuts to childrens' Medicaid programs. It quite literally is the difference between life and death for us and many other children like Paisley.”