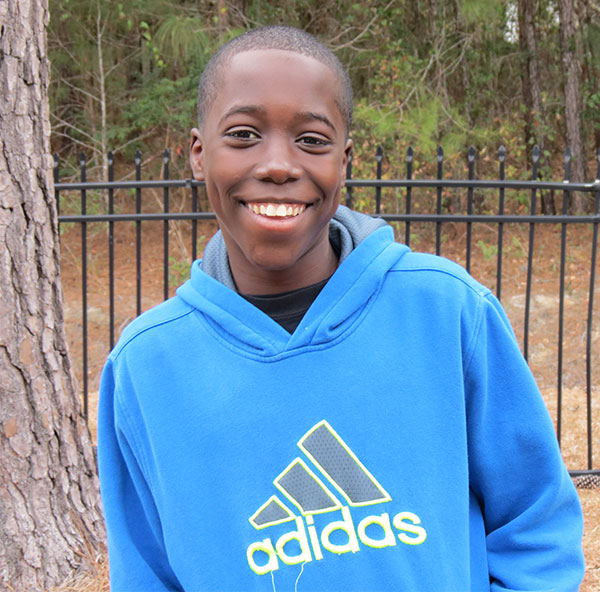 Throughout the month of March, Speak Now for Kids is celebrating Medicaid Matters for Kids Month with posts highlighting the importance of Medicaid in children’s access to health care.

2014 Speak Now for Kids’ Family Advocacy Day alum Zion got his nickname, “The Mayor,” when he introduced himself to all the neighbors when he moved to South Carolina just two years ago. In his words, it’s all “shaking hands and kissing babies.”

His outgoing personality, coupled with a phenomenal smile, has been winning Zion friends in high places. During his visit to Capitol Hill in June, Zion quickly made friends with Sen. Tim Scott (R-SC), and invited him to visit his school. The senator accepted the invitation and has remained in touch with the 14-year-old. One would never guess that behind Zion's jovial smile and energy is a young man living with sickle cell anemia, a disorder where the red blood cells are shaped like sickles (crescents), making it harder for the red blood cells to carry oxygen throughout the body.

Zion also made quite an impression on Tajh Boyd when the former Clemson University quarterback was visiting MUSC Children’s Hospital. The two exchanged phone numbers and, a few weeks later, Zion called Boyd to join him in a radiothon to raise funds for the new MUSC Children’s Hospital; Boyd was more than happy to show his support for his friend. Most recently, Zion stole the spotlight at a Darius Rucker concert when he and a fellow MUSC Chldren’s Hospital patient presented the recording artist with a mural drawn by the patients. Zion was quick to thank the crowd and Rucker for their support of the hospital.

Throughout his life Zion has endured numerous surgeries, undergone countless medical procedures and participated in many medical studies. Despite everything he endures with sickle cell anemia, Zion still manages to maintain his grades in school, keep a great sense of humor, and be kind and caring those around him.

With such strong presence in his community, it’s hard to believe Zion has been in Charleston only two years. While making friends in his new home has been easy, enrolling in Medicaid was more of a challenge.. Unlike Medicare—a wholly federal program—Medicaid is federally-funded but state-administered, which means that coverage does not convey when a family moves across state lines. Though Medicaid covered Zion in Maryland, when he moved to South Carolina, he had to re-enroll and it took approximately nine months for the state program to grant Zion the coverage essential for the care and management of his condition.

Share you own story about how Medicaid has been an important lifeline to your children’s health care. Visit the Stories About Kids Health Care page today.