Throughout the month of March, Speak Now for Kids is celebrating Medicaid Matters for Kids Month with posts highlighting the importance of Medicaid in children’s access to health care. 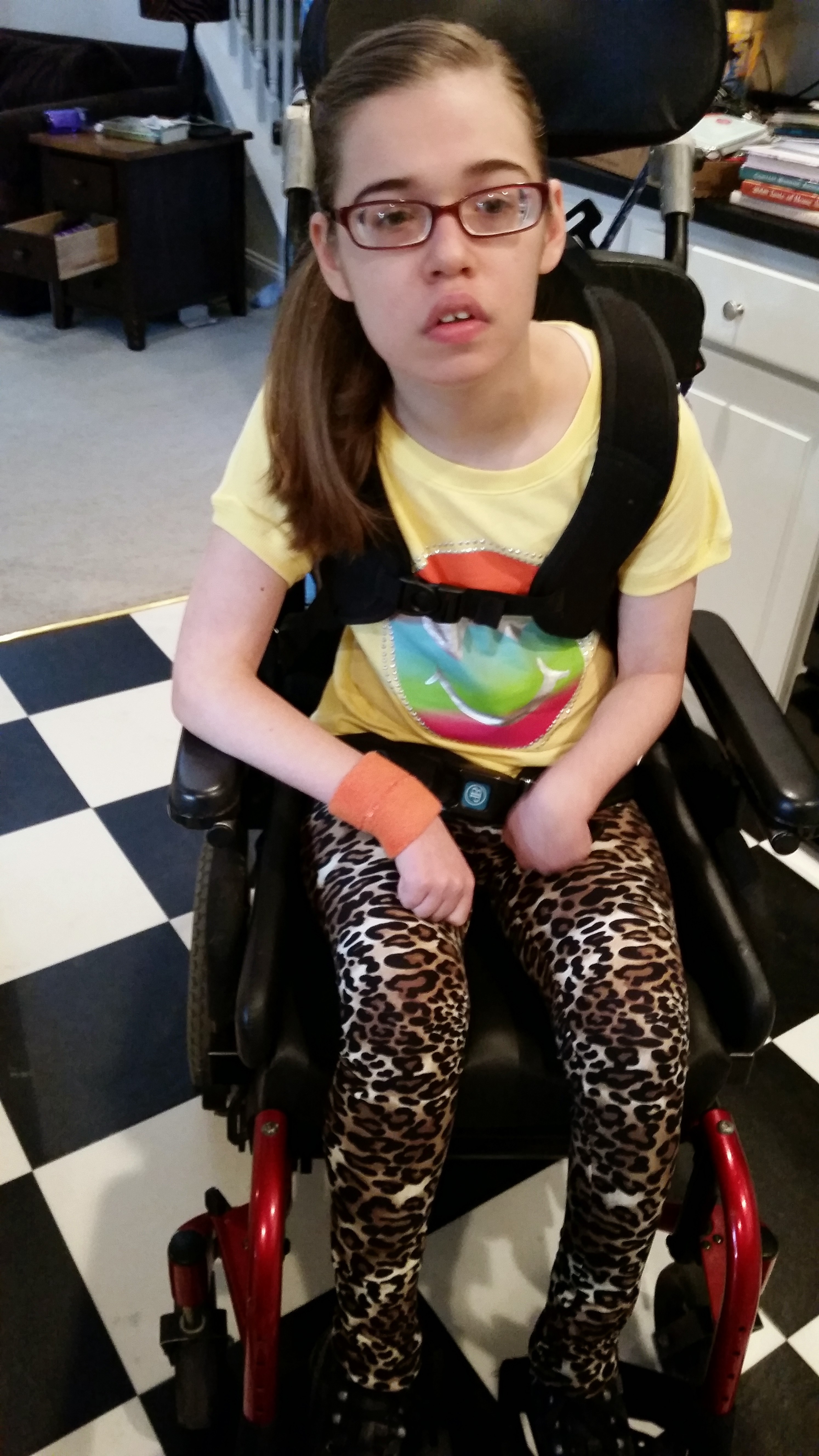 We were first introduced to Lillian Hope Putney when, as a 14 year old, she participated in the 2013 Speak Now for Kids’ Family Advocacy Day. When Lily was born in Yokosuka, Japan, she was happy, healthy, and developmentally normal until about 15 months of age. An ear infection failed to respond to a week of standard antibiotics and her condition spiraled out of control, leading to “presumed viral encephalitis,” where a virus caused inflammation of the brain, leading to seizures and brain damage.

Following a week-long ear infection that failed to respond to antibiotics, Lily was hospitalized for a series of seizures, which continued during her four-day stay in a hospital in Japan before being flown to a hospital in Hawaii and eventually to a series of military and children’s hospitals stateside. Lily was eventually diagnosed with “presumed viral encephalitis,” an inflammation of the brain, seizure disorder, developmental delay and cerebral palsy. After a series of relocations during Lily’s lifetime, her parents settled back in their hometown of Egg Harbor Township, NJ, in 2010, where Lily has enjoyed the therapeutic services of providers in the local Children’s Specialized Hospital satellite office.

Since their visit to DC, Lily’s parents obtained a Tobii communication device for her; she has been working hard in school and outpatient therapy with the new computer. Like most 16-year-old girls, Lily’s also getting ready for her school’s annual prom. This year’s theme is Alice in Wonderland, and her mom found a beautiful blue dress, covered in keys, similar to the dress Alice wore.

While the family is covered under TRICARE Standard, Lily’s care is supplemented by Medicaid which covers the TRICARE deductible, copays for Lily’s care, diapers, and other medical treatment and supplies that may not be covered by TRICARE. Lily continues to have private duty nursing at home and at school, which her family believes greatly improves her quality of life and ensures her overall safety and well-being.

“Having a child with catastrophic disabilities is extremely difficult, but we are like any other responsible family,“ says Lily’s dad, Anthony. “We all have dreams and goals, and, despite Lily’s disabilities, we want her to be a participating member of our family.  After all, she does have something to contribute.”

Share you own story about how Medicaid has been an important lifeline to your child’s health care. Visit the Stories About Kids Health Care page today.