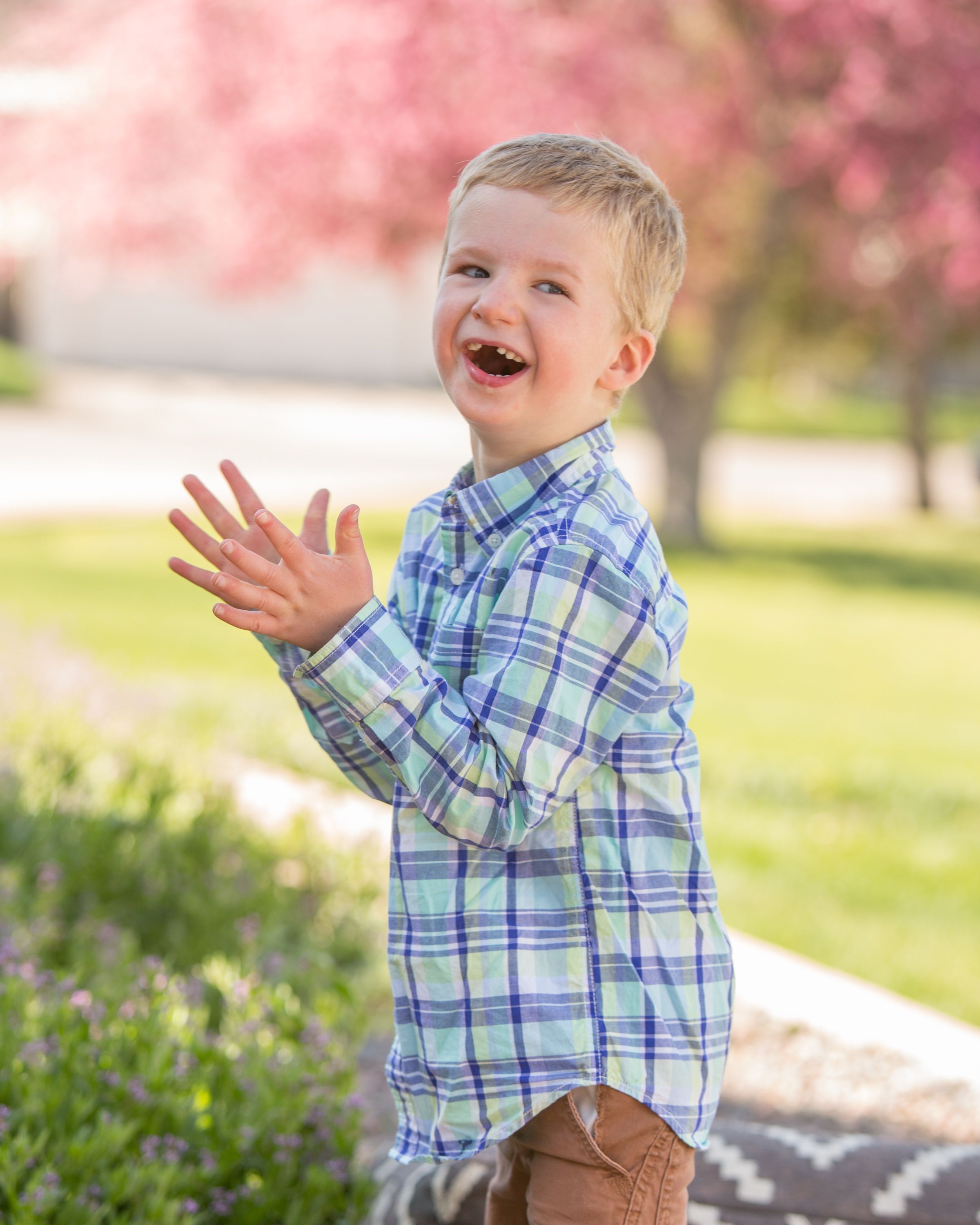 Speak Now for Kids is celebrating Medicaid Matters for Kids Mondays with posts highlighting the importance of Medicaid in children’s access to health care. This week we spoke with Evan’s mom, Tara. Evan was diagnosed at Children’s Hospital Colorado at 18 months with Polymicrogyria (PMG) — a condition characterized by abnormal development of the brain before birth.

PMG causes many impairments, including paralysis of the facial muscles, developmental delays, cognitive issues and cerebral palsy. Additionally, up to 85 percent of PMG patients experience varying degrees of seizures. Unfortunately, there is no cure for PMG, but it is possible to minimize the impact of the disorder through therapy.

My son, Evan, has always had a very aggressive home and school therapy schedule, and this is why he’s doing as well as he is today. Before starting therapy, Evan didn’t recognize that he had a left side to his body, and he could barely sit up. He cannot speak and relies on sign language and other augmentative communication devices.

Medicaid has given us the ability to provide Evan more therapy than our private insurance will cover. We were told that Evan may never walk, but thanks to these extra therapy sessions, he can walk today. Prior to Medicaid, I spent hours on the phone fighting with our insurance company on things that they would deny. Our primary insurance would not cover Evan’s communication device — it gives him the ability to have a voice. If we didn’t have Medicaid, that device alone would have been over a $10,000 expense for our family. Thanks to Medicaid, I’m spending my time caring for Evan instead of fighting his medical bills.

Every parent wants to give their child the best chance at life, and Medicaid is giving Evan that chance to be more. We want our son to have a job some day and give back to the system that has given us so much — but he won’t get there if we don’t give him every opportunity now.

Children’s Hospital Colorado has played a huge part in Evan’s development. The staff has been amazing to our family! They are also great at collaborating with the leading researchers of PMG. This collaboration allows us to keep up to date on the latest discoveries about this mysterious disorder. Thanks to Children’s Colorado, Evan is doing fairly well today, especially considering that we were originally told he may never walk, talk or feed himself. Now, he knows how to run and feed himself like any other toddler.

The journey of being a special needs parent is like a wave. Some days it is gentle — we may even forget that Evan has a disability. Then there are days where this wave is so strong that it drops us to our knees. It could be as little as someone asking us, “what’s wrong with him?” or seeing another child of a similar age do something we know Evan could never do.

Because of my son, I want to advocate for those who cannot speak for themselves. I’m still overwhelmed with Evan’s diagnosis and the lack of resources and information to help him. Even though I understand health literacy, it is still difficult to navigate through Evan’s health journey. I can’t imagine what it’s like for the families with extra barriers. If I can help another parent remove one of these barriers, I have done my job.

Not everyone is able to spend hours advocating, but an extra five minutes will make a difference. There are many advocacy groups that research how laws impact society. I have joined the email lists of Child Health Champions, Colorado Cross Disability Coalition, and the Colorado Center on Law and Policy. I also follow organizations that I may not always agree with as I feel it is important to see the other side. If there is something that speaks to you, send an email to your legislator on how a law could positively or negatively affect your family. Making stories personal by putting a face to a law makes all the difference.

Children with complexities are like any other child, they want to be seen, loved and heard. They have an important voice and can make an impact. These kids deserve a chance to be more than their diagnosis. My son has taught our family more about love and life than we could ever possibly teach him. If others could view the world through Evan’s eyes, it would be a much kinder place and filled with lots of music, squeals and cute dance moves.