During my pregnancy, we knew nothing of Luca’s heart condition until his due date passed and I went to have my fluid levels checked.

There, we discovered that Luca had situs inversus totalis (SIV), a rare condition where all organs are located in mirror image of where they should be (i.e. heart on the right). The doctor said that some babies with SIV have a heart defect and asked me to see a pediatric cardiologist.

The next day at Duke Children’s Hospital, a cardiologist told us that Luca had double outlet right ventricle (DORV) with a subaortic VSD. He would need surgery to correct it. My husband and I sat quietly while he described the defect and the repair needed for our baby to survive. They might have to operate on him in the first few days of life but definitely by six months of age. They talked survival rates and length of surgeries. We met surgeons and social workers who took us on a tour of the Pediatric Cardiac ICU. We were in shock.

Luca was born two days later. I held him for one minute before they whisked him away and verified his diagnosis via echocardiogram. He lived in the PCICU for the first four days of his life, surrounded by bright lights, heat lamps, monitors and IVs. He was strong and showed no signs of distress, so he got to come home where we were to watch and wait.

As he met his big sister things started to sink in for me. I realized what open-heart surgery meant — they would stop Luca’s heart and put him on a heart and lung bypass machine. I was devastated. When it was just the two of us, I would hold him tight and cry. 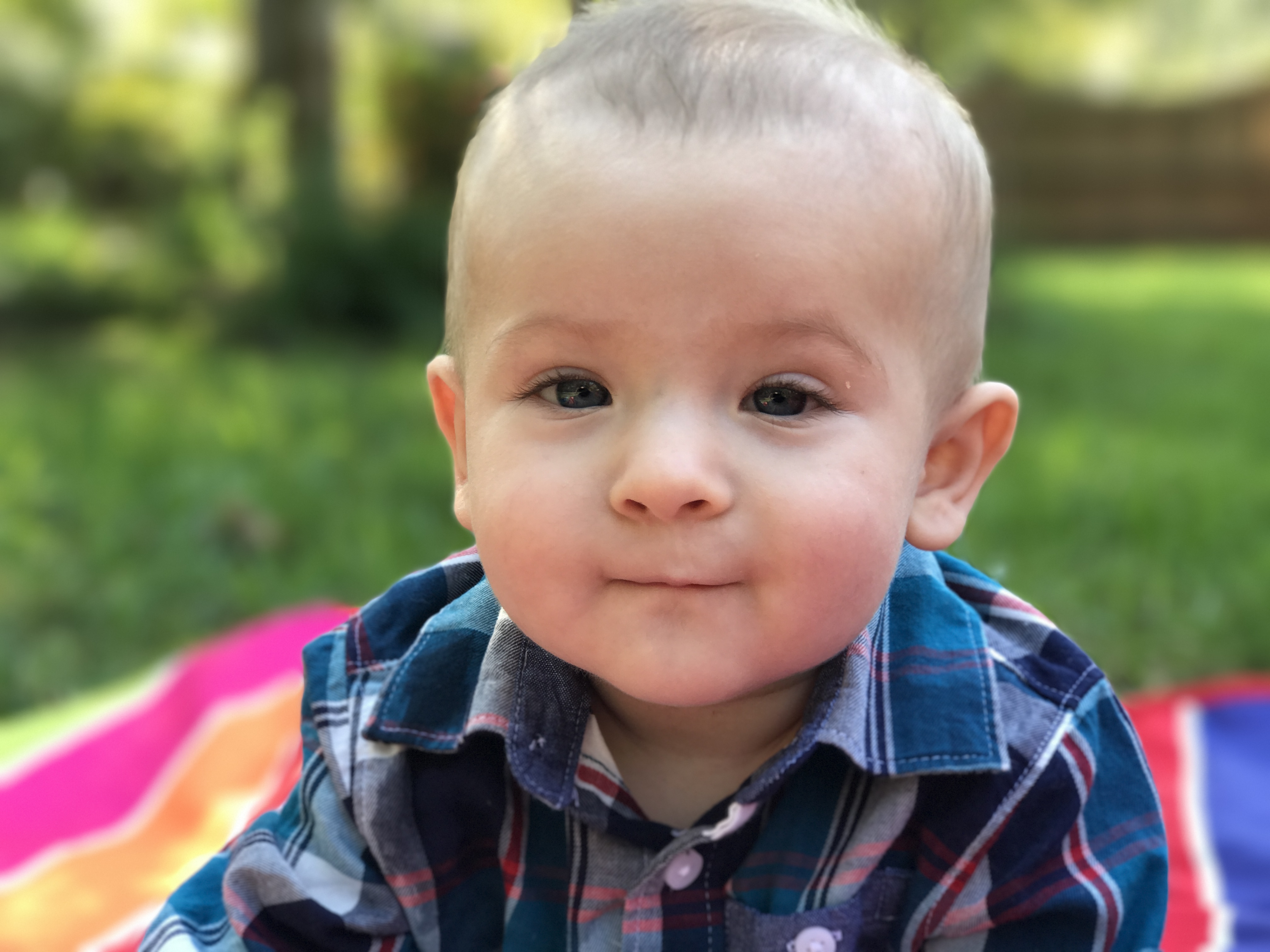 “A friend had a hole in his heart that healed itself.”

His defect is NOT common.  It’s rare.  The “hole” is essential for him to live. It allows blood from the left ventricle to get to the artery that is incorrectly positioned in the right ventricle. I had not found a single case that did not require open-heart surgery.

At four months old, we went to Duke for our third visit expecting to schedule surgery. Instead, the cardiologist said that some tissue began growing between the arteries aligning each one with the appropriate ventricle. This meant that he didn’t need surgery yet and we were ecstatic. But, we knew if the tissue stopped growing or began to impede blood flow to the arteries, Luca would still need surgery.

At eight months old, we returned, hoping that Luca would stay still for his echo. Luca’s heart looked great and the tissue had continued to grow in just the right way. Luca still did not need surgery!

The VSD is now considered small and the arteries are aligned with the correct ventricles, but I am not naïve enough to think that we are out of the woods. I’m not sure where this journey will take us, but I know Luca is a fighter.

More information about congenital heart defects can be found at the Center for Disease Control & Prevention (CDC).