Keeping Kids Healthy Should Be a Slam Dunk!

The Children’s Hospital Association and other pediatric champions hosted a briefing today for congressional staff about   Medicaid and the Children’s Health Insurance Program (CHIP).  The briefing addressed the populations served by each program, benefits and services offered, and the future of children’s coverage. 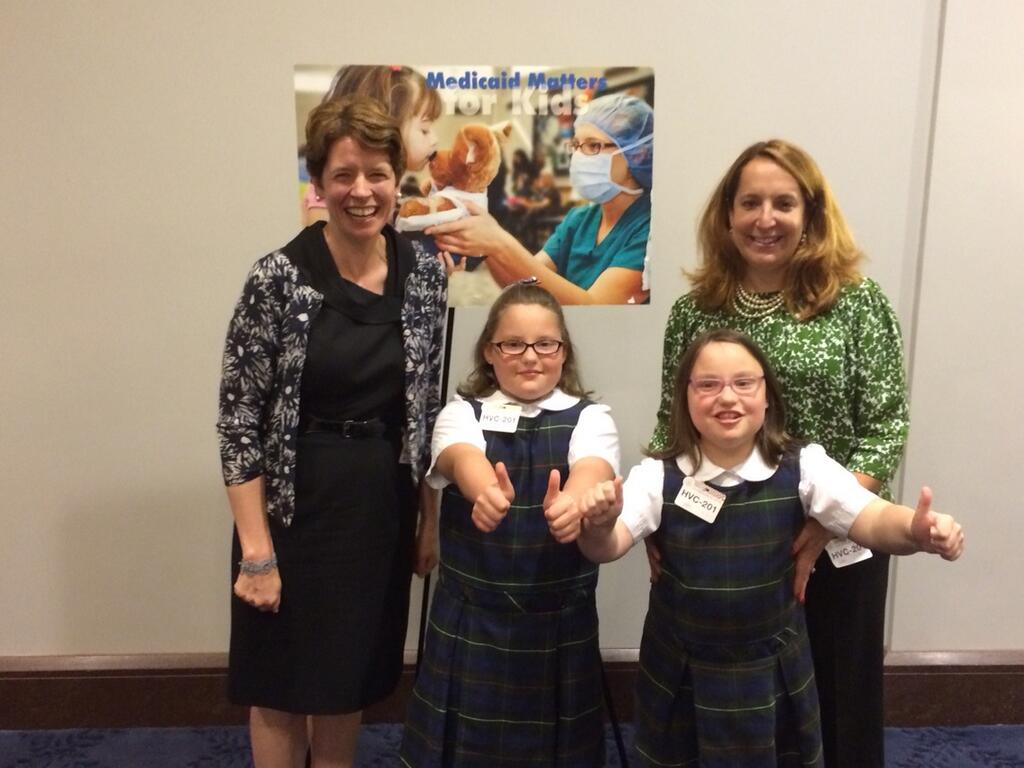 Anne Rohall, a mother of two medically-complex girls since they were in utero, shared how Medicaid saved her small business and provided comprehensive health coverage for her daughters when they needed it most.  She explained that Medicaid isn’t just for low-income families: It also provides financial security for families with large medical bills.  Anne’s nine year-old daughters are now active and excelling in school.

Lee Savio Beers, MD, Medical Director for Municipal and Regional Affairs at Children’s National Health System, asserted that all Medicaid programs and most CHIP programs offer a robust set of pediatric-specific benefits through the Early Periodic Screening, Diagnosis and Treatment (EPSDT) Program.  EPSDT meets the unique needs of children and is designed to allow early identification of concerns and developmentally-appropriate treatment.  After all, children aren’t little adults!

While Medicaid has been effective for decades, CHIP implementation was a turning point for children’s health.  Since CHIP began in the late-1990s, the percentage of uninsured children has decreased by 50 percent.  Unfortunately, a regression may occur if Congress doesn’t extend CHIP funding beyond 2015.

CHIP is a state-tailored program that’s proven effective with broad support across the political spectrum.  Without any assurance that Congress will support CHIP funding beyond next year, state officials will be in a difficult position of not knowing whether their CHIP programs are sustainable.

There is a simple solution: Congress should extend CHIP funding beyond 2015.

With the child uninsured rate at an historic low, a failure to act would force a projected 10 million children and pregnant women to find health coverage elsewhere.  The Government Accountability Office estimates up to 2 million CHIP-eligible children could lose access to health coverage, while the rest would likely get less comprehensive coverage at a higher cost.

U.S. Sen. Rockefeller of West Virginia introduced a bill this week to extend CHIP funding for four more years.  Children’s hospitals support the bill and urge all members of Congress to enact legislation this year to #ExtendCHIP.

Act now to urge your Members of Congress to extend CHIP funding as a proven source of coverage that meets the unique needs of children!