Henry was born in Buffalo, N.Y., on March 15, 2013 — seven weeks early. Up until that point, everything was going perfectly, the way it should. I had great appointments and ultrasounds and the baby was developing well — he was bigger than he should have been at that point — so when my water broke at 33 weeks, we were all in shock.

I was admitted to Mercy Hospital in Buffalo, the hospital that was associated with my OB/GYN, but when they hooked me up to the fetal heart monitor, they knew something wasn’t right. Henry’s heart rate was significantly lower than it should have been. They rushed me to Women & Children’s Hospital of Buffalo for an emergency C-section.

Henry was immediately taken to the NICU, where they tested him for a plethora of things, trying to find out why he came so early, why his heart rate was so low and why he was having trouble breathing. My husband Adam and I were terrified; what was happening? I had a healthy, perfect pregnancy, we have no family history of premature births or heart problems — nothing. 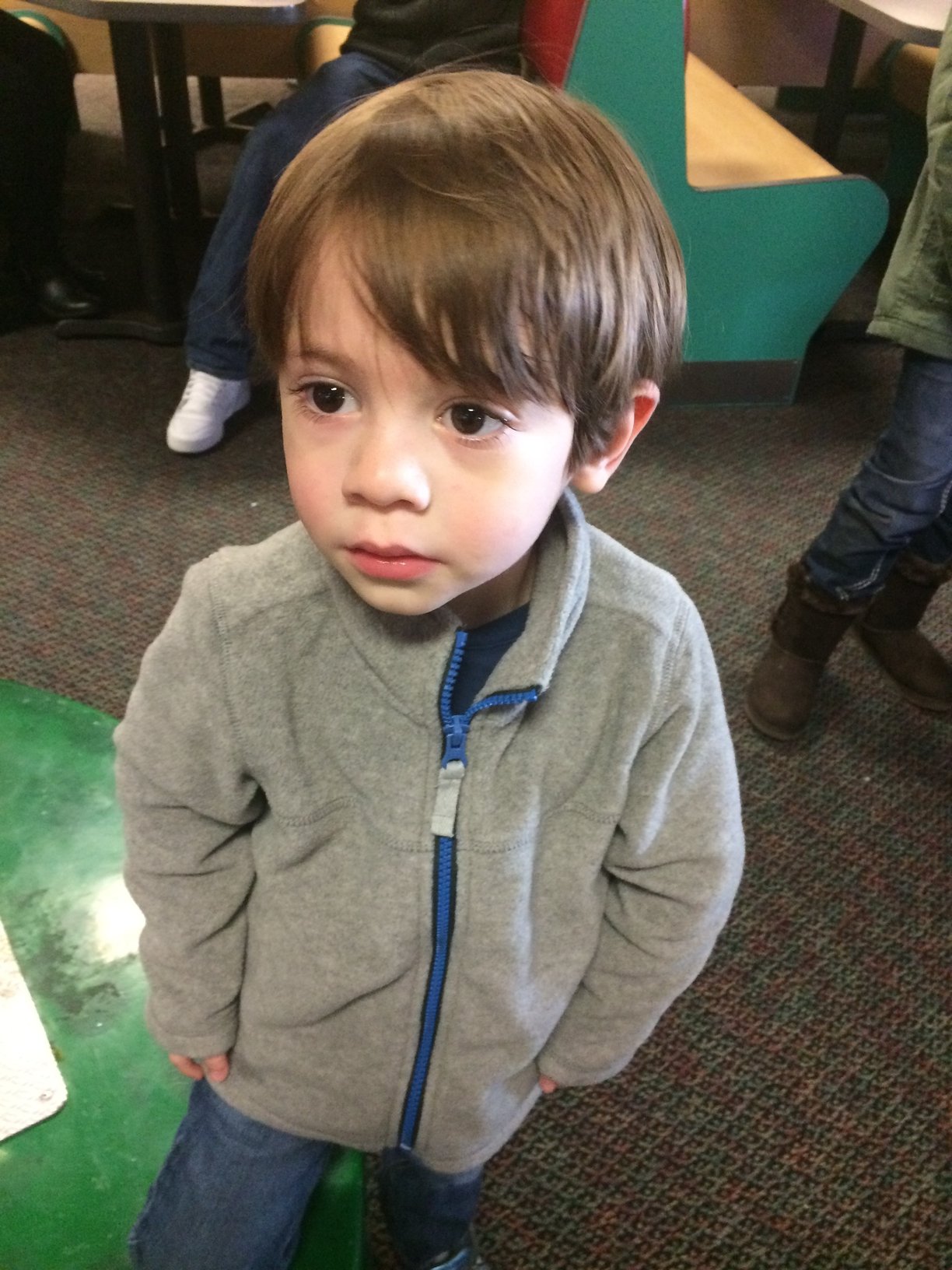 After an echocardiogram at about 4-5 days old, they discovered Henry’s heart defect — a partial anomalous pulmonary venous return — the pulmonary veins were directing the blood to the right side of the heart instead of the left. Although his condition was rare and he would need surgery “one day,” the doctors told us Henry would live a long life, but be more tired than most kids. He also had an ASD (atrial septal defect, which is a hole between the atrium) and pulmonary vein stenosis (narrowing of the pulmonary veins).

Fast forward a year — we moved down to Richmond, Va. to be closer to family so that Henry’s grandparents could provide care while Adam and I went to work, as opposed to putting him in daycare.  Henry was small, but he was happy and playful.

We started seeing Dr. Scott Gullquist at Children’s Hospital of Richmond at VCU to have Henry evaluated and start the process for Henry to have surgery. We wanted to get it out of the way before he went to school, but we also wanted to give him a chance to start growing and to get on with our lives — we wanted to put the surgery behind us. Although his surgery was a bit more complex than what we had originally anticipated, he came through it with flying colors. He had his surgery on July 22, 2015 and was home on July 26.

He is now a happy, energetic 3-year-old who keeps us on our toes and lights up our lives. He won’t need to have any more surgeries, but of course will be monitored by the cardiology team at VCU for the rest of his life. We are so grateful to the team at VCU, especially Dr. Yeh, for giving our baby a chance for a long, active and healthy life.

We are very fortunate that the insurance I carry through my employer is wonderful. We haven’t had to pay anything out-of-pocket (aside from copays) when it comes to Henry’s testing, bloodwork or the surgery as a whole.

Henry only sees one specialist at the moment, his cardiologist Dr. Gullquist (although we are probably going to start seeing a pulmonary doctor regularly as Henry has a tendency to develop lung issues frequently.) We are lucky that we have the brand new VCU Children’s Pavilion downtown, but Dr. Gullquist has a satellite office a mile from our house.

I believe that others should care about CHD because, unfortunately, it is more common than most think. One in 100 children is born with a CHD, ranging from mild to fatal. Early scans are important in determining if a child has a CHD, because you hear way too many stories of children (and adults) passing away from an undiagnosed CHD; not all CHD children are born blue or with obvious low oxygen levels. We didn’t know anything was wrong with Henry until he was born. There is no way that his defect would’ve been found on a fetal ultrasound. I’d rather my baby stay in the hospital a few extra hours and have a few extra tests if it means he lives a long, healthy life. I feel every baby should get an echocardiogram before being released from the hospital.

Being a heart mom is no different than being a regular mom. We worry, we fret and we research. Of course, we know that our children are at a higher risk for complications, but we work to make sure they never knows any different. We want them to go out there and take the world by storm, letting nothing stand in their way.

People should interact with a heart child as they would with any other child. Of course, we want them to know they are special, but not that they are different. Henry doesn’t have any restrictions yet, but only time will tell with him. All I know is that right now, he has more energy than my husband and I put together.