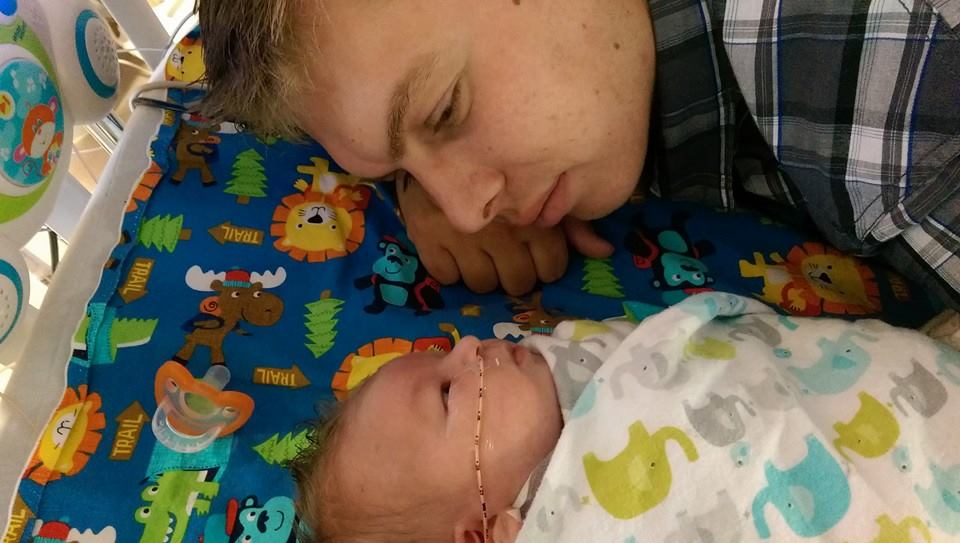 Our joy quickly turned to fear when, after 20 hours of getting to know our son, we were told he had developed cyanosis, and his pulse was dangerously low. He was prepped and transferred to a nearby hospital, less than a mile away, that had a level 1 NICU. With my wife having just undergone surgery, she was forced to stay back, while I ran the nine blocks to be with him. Standing outside the room as they struggled repeatedly to put a central line in correctly, I found myself breaking down outside his door. I wanted to be strong for him, for my wife, but seeing him felt like a gut punch. I felt helpless as there was nothing I can do to help him.

After several hours, he was ready to be transported by life-flight down to Children’s Minnesota Hospital while I stayed behind. We found out that Barrett was diagnosed with transposition of the great arteries. I headed back to my wife’s bedside, where we tried to get some rest and figure out when and how we were going to see him. 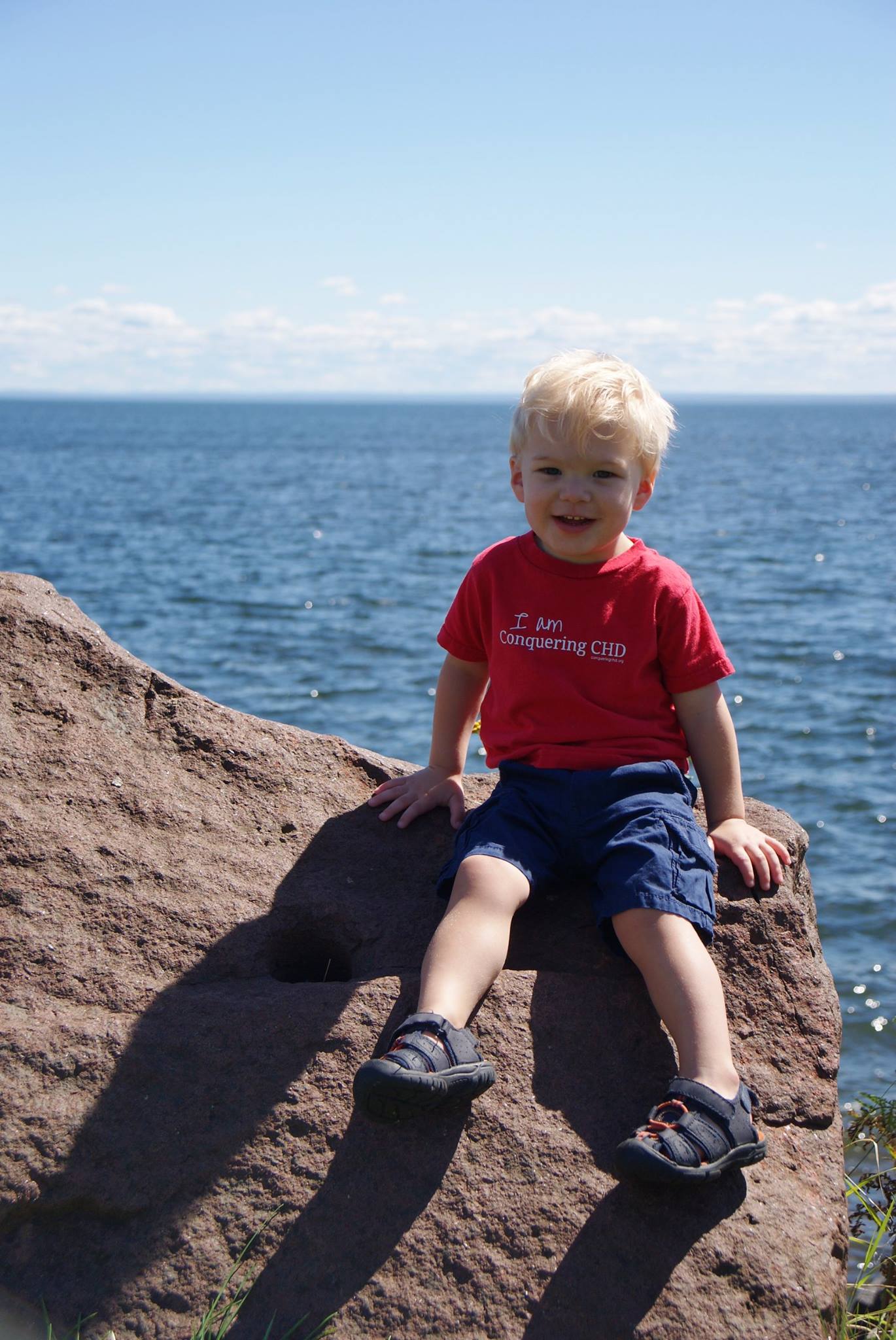 We were thrown head first into the CHD world with little time to process what was happening. We were both on the phone with cardiologists who were describing medications, procedures and risks. While Jess has a medical background and was able to comprehend some of the terms they were throwing out, I didn’t understand a thing. I just wanted them to do what they needed to do to save my son. We both felt the intense need to get to him and to be with him, so he knew we were there. Saying goodbye to him just hours earlier and not knowing if we could see him again was unbearable.

After Jess was discharged that afternoon, we made the three-hour drive to his bedside. He had an arterial switch operation the following morning, at roughly 56 hours old. He sailed through it with flying colors, and it was described to us as “a boring surgery to watch.” I’ll take it! Then, at 13 days old, he went on to have a coarctation repair operation. Four days later we were getting in the car for a 5-hour ride home and Barrett was with us this time.

Barrett continues to see the cardiologist that has been with him since the beginning of this life-long journey. I could never put a price tag on my son, but his care comes with a hefty one! Medicaid coverage for my son and affordable Minnesota Care for my wife was easily the difference between heading down the path to bankruptcy to being able to buy our first home and live our lives.

I celebrate every day of life we have with Barrett, knowing that when it comes to CHD you are never out of the woods. He will need specialized care for his entire life and will most likely encounter many obstacles in school, job, and personal life due to this disease, but we hope to raise him as a brave and brilliant compassionate human being. He is already on his way there —  as an active and imaginative 4-year-old who loves to play! From his amazing strength in the first days of his life to his fearless and fun personality as he gears up for Kindergarten, Barrett’s invisible disease inspires me every day. He gives me strength.