Zion became known as “The Mayor” when he introduced himself to all the neighbors in his new community. He loves to play football and soccer and enjoys being outdoors with his peers pursuing any physical activity he can find time for before curfew. One would never guess that behind Zion's jovial smile and athleticism is a young man living with sickle cell anemia, a disorder where the red blood cells are shaped like sickles (crescents), making it harder for the red blood cells to carry oxygen throughout the body.

Next week, 28 families representing 26 children’s hospitals from across the nation will be on Capitol Hill meeting with their members of Congress to talk about the importance of comprehensive pediatric health care.  Did you know you have an opportunity to join these families to raise your voice from the comfort of your own home?

It is truly a pleasure for us to be Kara’s parents.  It has been a long journey that has brought us to this place of peace and understanding. Together with the support of our team of doctors and a caring and wonderful special needs school our lives are almost as routine as any other family.

Sixteen-year-old Cole was born with a severe-to-profound hearing loss, but has been mainstreamed into a regular classroom since kindergarten. He is currently a sophomore at St. Xavier High School and is a straight “A” honor student.

Born by emergency Caesarian section after it was discovered that her fetal heart rate dropped, Kara suffered an 80 percent blood loss and wasn't expected to survive. Due to the loss of oxygen, she suffered immediate onset of seizures at birth, had kidney failure and was diagnosed with failure to thrive.

When she was 3 months old, Madisen was diagnosed with hydrocephalus, a condition which causes excessive accumulation of fluid in the brain. At age 2, Madisen started complaining of headaches about twice a week and went to several specialists in different fields before being properly diagnosed at Le Bonheur Children’s Hospital. Despite having both a ventricular-peritoneal shunt and a lumbar-peritoneal shunt to help divert the flow of excessive fluid, Madisen faces her challenges with courage and is still a straight “A” student.

When Zoni was 3 years old, what was supposed to be a fun camping vacation to Michigan soon turned into an unforgettable tragedy. Zoni and her family were around the campfire when, while playing with her brother, she turned too quickly, lost her balance and fell into the fire. She suffered severe burns on her legs, bottom and one of her arms. She was stabilized at a hospital in Michigan and then transported to Nationwide Children’s Hospital, where she was an inpatient for 33 days, 6 days of which she spent in an induced coma.

Keeping Kids Healthy Should Be a Slam Dunk!

The Children’s Hospital Association and other pediatric champions hosted a briefing today for congressional staff about   Medicaid and the Children’s Health Insurance Program (CHIP).  The briefing addressed the populations served by each program, benefits and services offered, and the future of children’s coverage.

Erin was just 3 years old when she was diagnosed with acute lymphoblastic leukemia (ALL). After going through two years of chemotherapy at University Hospitals Rainbow Babies and Children’s Hospital, Erin received a clean bill of health. Unfortunately, during a routine checkup just 19 months after her treatment ended, it was discovered that Erin’s cancer had returned. This led to immediate plans for Erin to receive a bone marrow transplant. She endured months of mostly inpatient chemotherapy and rounds of radiation leading up to the transplant. 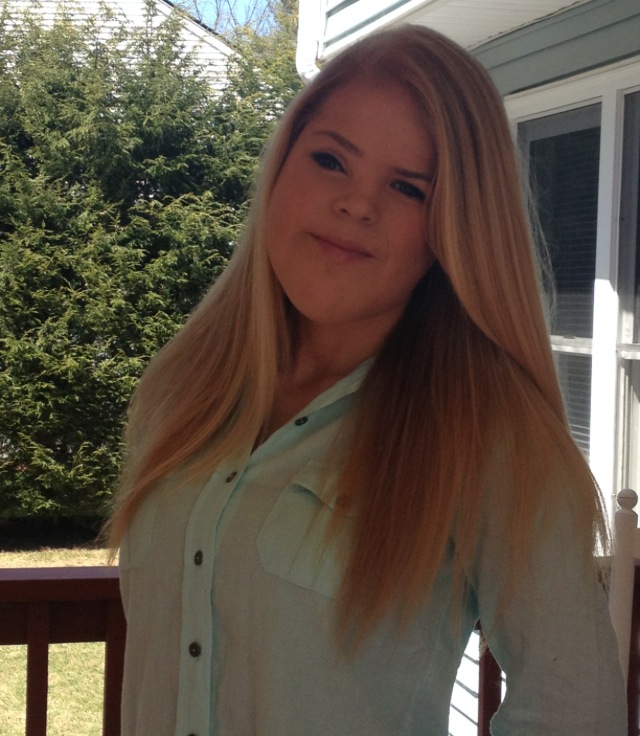 Kaylin was born with lymphatic malformation cystic hygroma, a disorder which causes fluid buildup in the lymphatic system and results in cysts on the neck and face. Nineteen-year-old Kaylin has already undergone more than 100 surgeries at Boston Children’s Hospital, including jaw reconstruction, tongue reduction surgery, laser treatments, eye surgery, tracheotomy and sclerotherapy.