Advocating for Pediatric Cancer Research at the State Level

Anna-Maria Beck participated at 2016 Speak Now for Kids Family Advocacy Day on behalf of Norton Children’s Hospital. She now is advocating for pediatric cancer research in her home state of Kentucky and shares with us her recent experience at the State Capitol. 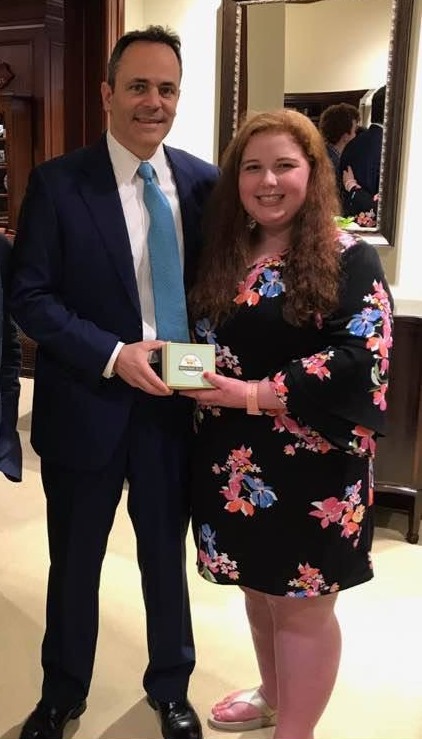 Let’s just say February and March is my busy season. I have bake sales and dance marathons to benefit pediatric cancer almost every weekend! However, when I was asked to attend International Pediatric Cancer Awareness Day at our Kentucky State Capitol in Frankfort, I knew I just HAD to be there.

Now that I’m 18 years old, I get to experience the adult-side of hospitals. Having grown up in pediatrics – and please forgive me for saying this, the adult treatments seem newer, nicer, and more effective than the ones I had to go through as a kid. There are just so many more options! It is so cool because they are creating all these new (expensive) drugs that not only don’t make you feel sick as a dog, but are also working really well!

According to an article I read on www.patientadvocate.org, “Since the 1950s, cooperative research has improved the survival rates for childhood cancer from less than 10% to over 77% overall.” If it is working so great, then doesn’t that mean we should be doing more of what’s working so great for kids everywhere?!

Our chief doctor says money isn’t spent on research for pediatric cancer quite simply because kids can’t vote, and that there’s no money to be earned in treating pediatric cancer.

Now doesn’t that just seem wrong to you?!

I had a blast getting to go to the State Capitol and lobbying for pediatric cancer research funding. I was harnessing my inner Elle Woods (#legallyblonde) and jamming out to School House Rock’s song, “I’m Just A Bill” (#schoolhouserock) the entire day!

We were so excited and got all dressed up to go to the Capitol. I brought along my brother, Christian, who is also an amazing videographer. He worked so hard and filmed everything for us!

Everyone was so nice at the Capitol, too! The security guards gave us immediate tips on all the cool things we had to film and how the lights change in the rotunda.

Then we got to go meet with several different politicians. It was so cool to go into their awesome offices! First we met with Senator Julie Raque Adams, and it turns out she is the aunt of one of my good friends in Louisville. That’s very typical in Kentucky – everybody knows everybody. She was fab and voiced her support for our cause! 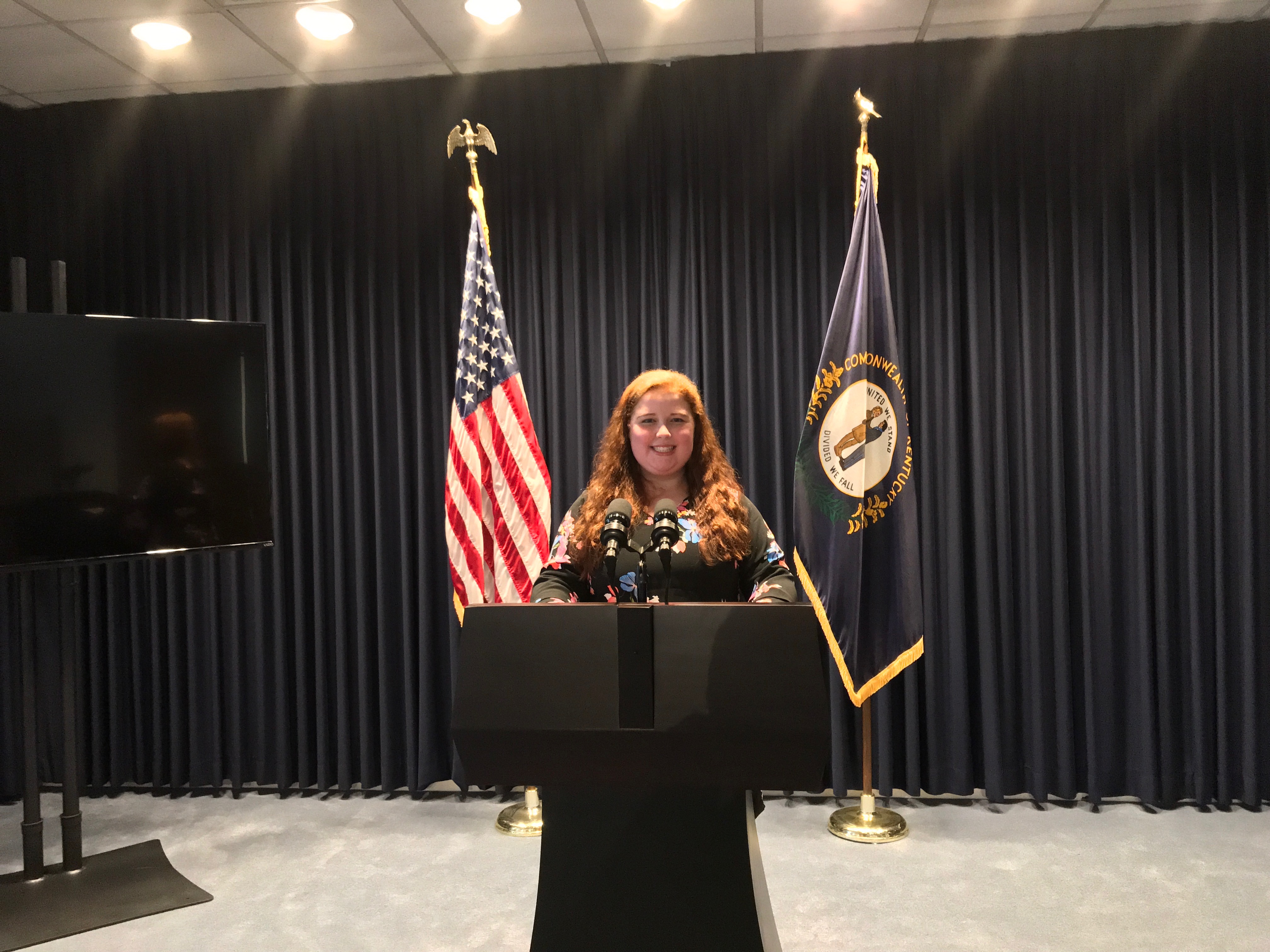 We also chilled in Senator Morgan McGarvey’s office. The senator was so cool; he even got out a guitar for Christian to play! Morgan and I are both on the Bourbon and Bowties committee together as his precious twins were honorees the year after me, so we are already BFFs. We covered a lot of ground and had a great conversation.

During lunch, we met a fabulous little five year-old named Bruce. He was a spunky, little redhead with a Mohawk. Let’s just say I’ve had all kinds of crazy haircuts from neurosurgeons, and we redheads just won’t let that get us down! We learned that Bruce suffers from Diffuse Intrinsic Pontine Glioma (DIPG) and had just completed radiation. There aren’t really any good treatments for DIPG and meeting this good-spirited, kick-butt guy gave meaning to what we were doing in Frankfort!

After, we went to the rally for pediatric research funding. It was standing-room only, so we really packed the house! It was so much fun and kind of like a big party of people supporting the same cause. Jamie Bloyd, the fab woman who ran the event, asked kids to come up to the stage if they wanted.

We also listened to multiple members of both political parties relate their stories about their personal connection to pediatric cancer. No matter with which party you affiliated, pediatric cancer was something was something that we all connected with and shared. It was so cool to see everyone come together: doctors, nurses, Democrats, Republicans, patients and their families. Governor Matt Bevin also firmly pledged his support for kids like us! I WAS SO EXCITED!! Everyone cheered!!!!

After the rally Christian, my mom, and I met the governor. He was so nice and listened to what I had to say about all the harsh treatments I had to do, because the better ones weren’t available to me. It was so nice of him to take the time out of his very busy schedule to meet with us. And finally, we got some fab pics with the governor to commemorate the big day!