A Bedtime Routine Inspires a Way to Live

During the month of November, parents of children diagnosed with type-1 diabetes will share testimonials with the Speak Now for Kids community. You can learn more about this chronic condition, which is usually diagnosed in children and young adults, by visiting the American Diabetes Association. 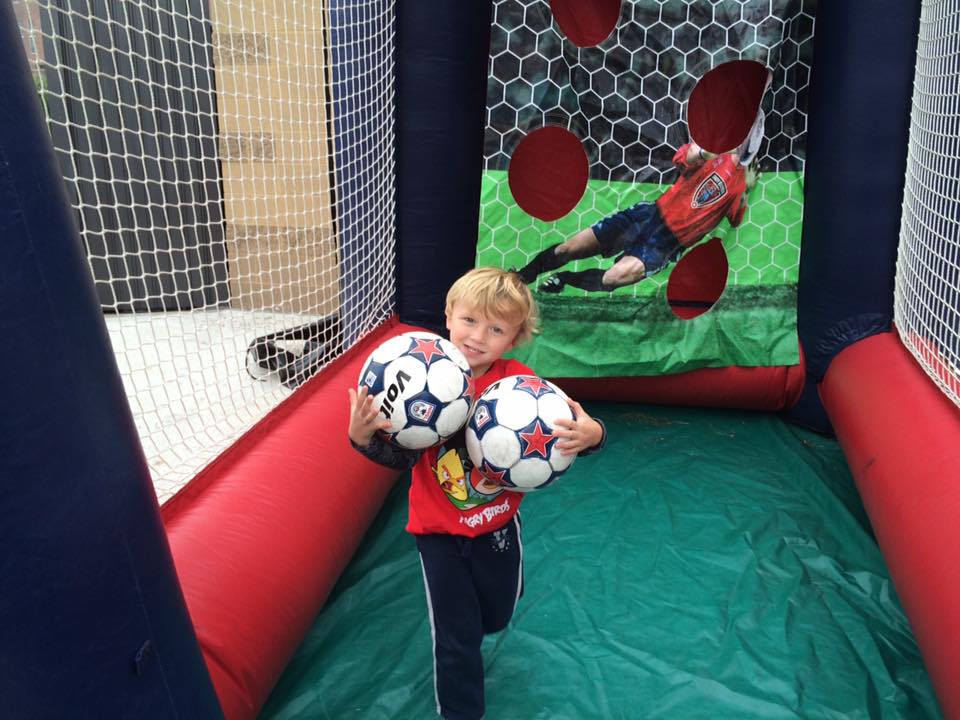 As a parent of any child, you learn that the key to getting your kiddos to bed on time is to develop a bedtime routine. With my daughter it was hot baths, a bedtime story and squeeze hugs. For Austin, it was a secret handshake between a son and his parents consisting of a hug, a kiss and a high five. As a parent, it’s hard to look back and see the missed symptoms leading to that day. At the time we thought we were in a normal battle with a 3 year who was refusing to eat food and only drink his calories. After about 4 days of constant requests for fluids and bed-wetting I told my husband I was taking him to the doctor. He asked what I suspected what was wrong and off the cuff I said “Austin either has a UTI or worst case scenario he was diabetic.” Throwing it out almost to say leave me and motherly instinct alone. Normal protocol for his symptoms included a urinalysis and strep test but I asked for them to test Austin’s blood sugar. Puzzled, but agreeable, the nurse grabbed a meter, pricked his finger, and gasped as the meter read HIGH. The reading HIGH was an indicator on the meter that Austin’s blood tested over its maximum reading of 600.

That day was March 9, 2016, and Austin was officially diagnosed with Type 1 diabetes.

Both Type 1 and Type 2 diabetes runs in my family and my understanding of the disease saved my son’s life. Upon admission to the hospital, a more accurate reading measured Austin’s glucose level at 1100 and in full DKA. The doctors were amazed that he was smiling and walking around because they are used to treating kids with those levels unresponsive in a coma. 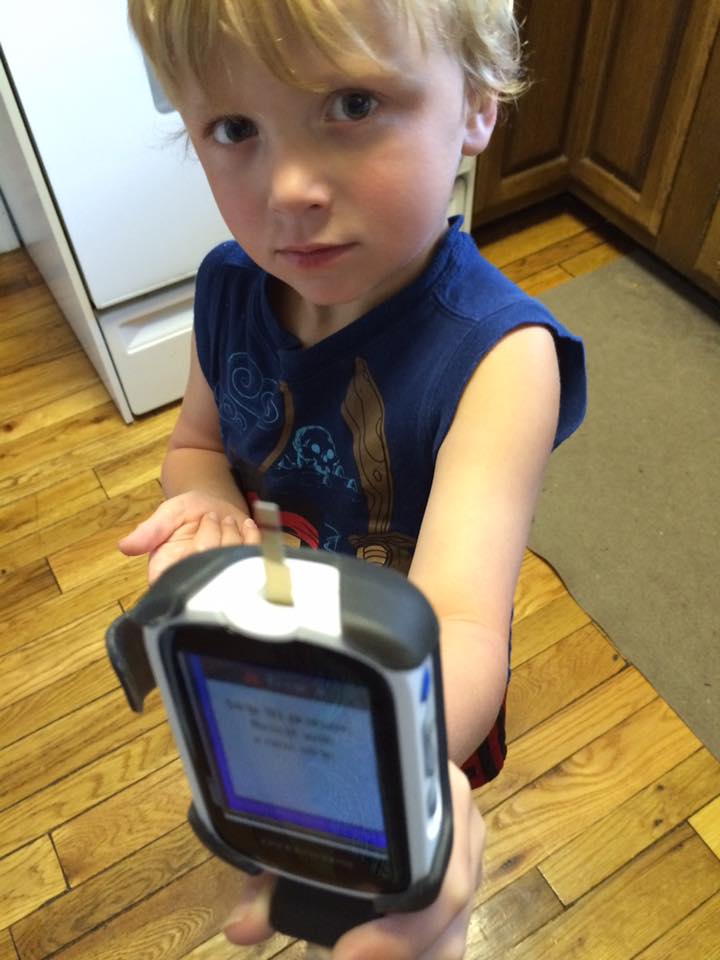 Austin’s own pancreas quit and as a result he needs insulin to live each day. We, his parents function as his pancreas and it’s a 24 hour job! In a typical day, Austin can test his blood sugar up to 10-15 times and received 4 to 7 insulin injections. He continues to play soccer, attend preschool and enjoys being on the lake tubing and swimming. About a month ago, Austin celebrated his 4th birthday and I told him to make a wish when he blew out his candle. The next morning I went to his bed and said “Hey Bubba, I need to check your blood sugar.” He cried because his wish didn’t come true and he was still diabetic. These are the few moments that I realize that no matter what I will never know how it feels to be Austin.

Diabetes is a chronic autoimmune disorder with no cure. Every moment of the day there is a thought about carbs, insulin and an evaluation on we are doing managing his blood sugar. Admittedly, I still look forward to bedtime each night. Austin’s special goodnight routine allows me to give my son a hug because he is my hero brave and strong. I give him a kiss because he is my rock and I give him a high five because of all he accomplished that day despite the interruptions from his condition. We allow him to hate diabetes and be angry when it doesn’t follow the rules. At our local Juvenile Diabetes Research Foundation walk he picked his team to be Austin's Angry Birds and we trend #wehatediabetes. Our advocacy is for strength in inclusion, awareness and the tools for Austin to thrive beyond diabetes.

There will be a cure and Austin will be able to say he had diabetes.

Missy is the mother of a 4-year-old Austin, who was diagnosed with type 1 diabetes