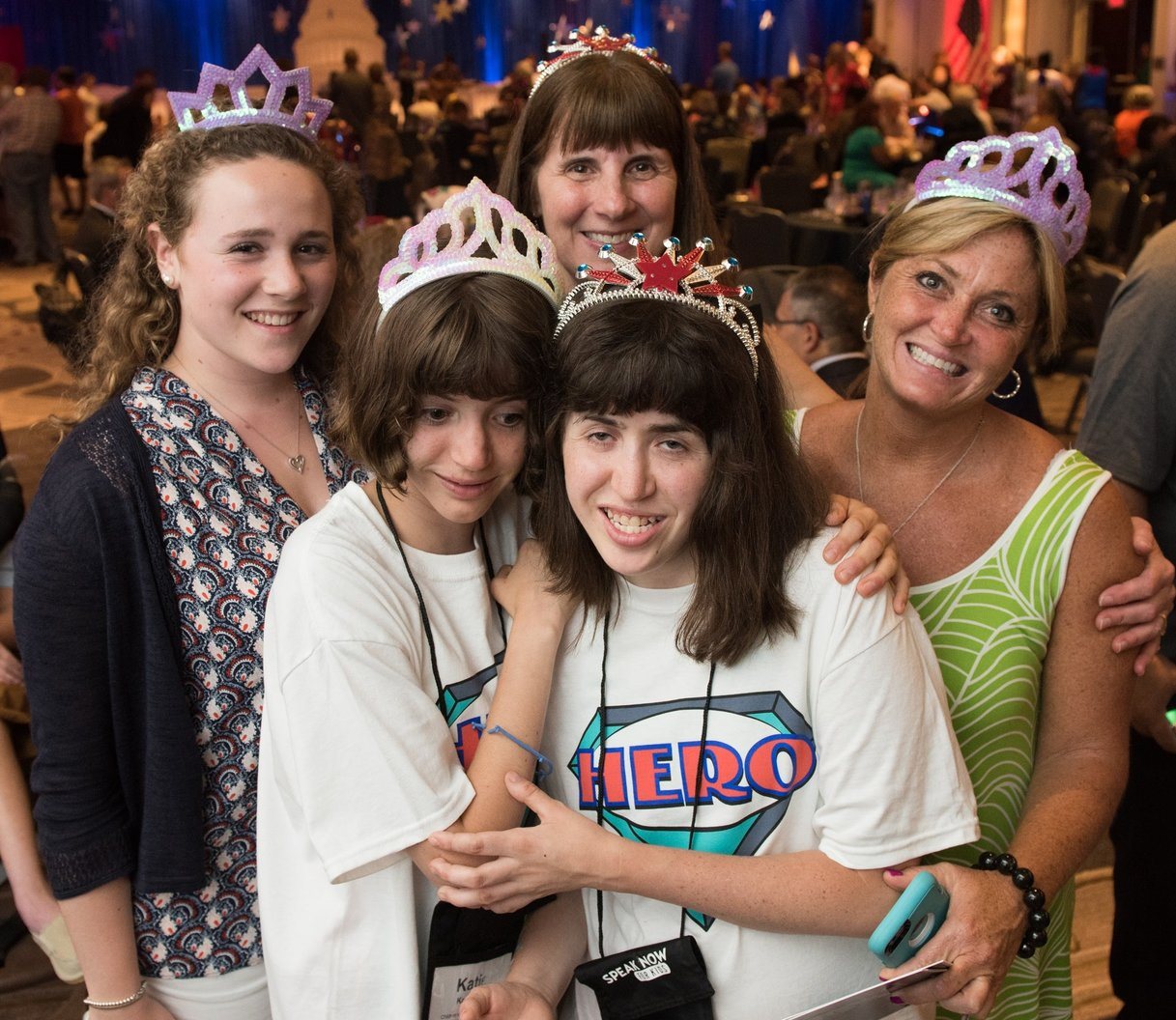 A few years after Kelly was born, she was diagnosed with a rare condition caused by a chromosome 16 deletion. Doctors had difficulty diagnosing Kelly’s condition because of the wide array of conditions linked to delayed development of motor and cognitive skills.  Understandably cautious but wanting a second child, Kelly’s parents underwent extensive genetic testing to determine their risk of conceiving a second child with the same chromosomal deletion. Although they were told the likelihood was less than 5 percent, a few months after their second child, Katie, was born she was diagnosed with the same chromosomal abnormality as her 4-year-old sister.

Following Katie’s birth and a series of unsatisfactory visits to a community medical center, Kelly and Katie were directed to Children’s Specialized Hospital where they found the care and support they had been seeking. After their first appointment, the girls began participating in a variety of physical, occupational and speech therapy sessions for two hours a day, five days a week. Kelly and Katie’s mom sincerely believes if policymakers could live with children facing medical complexities for just a few days, it would completely change the health care system.

Currently, both girls are in special, highly supervised classrooms of children with similar developmental delays. Katie, 14, has a lot of attention-deficit-disorder (ADD) issues, but spends part of each day mainstreamed in a regular classroom with the help of an aide. Kelly, 18, has milder ADD but more severe cognitive impairment and prefers the more nurturing environment and relaxed pace of the specialized classroom. The girls stole the show at the Patriotic Celebration Dinner during this year’s Family Advocacy Day with their incredible dance moves!