Paxton’s strong personality became very handy after he was diagnosed with stage 4 Burkitt’s lymphoma leukemia at the age of 5. Showing cancer who’s boss, Paxton was described as having unshakable strength and perseverance while inspiring those around him. 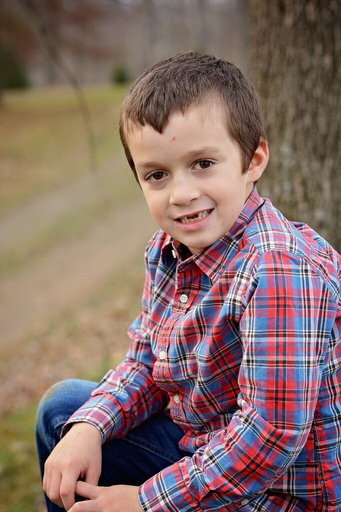 An avid fan of LeBron James and Julius Randle, Paxton continued to play basketball throughout his treatment. When he was too weak from chemo to stand, he would sit in his wheelchair in physical therapy and just shoot baskets. Six weeks after finishing his eight rounds of high-dose chemotherapy he was back on the court playing league basketball. All of that practice paid off as he just recently scored 26 points in a game.

When asked about what life would be like without a children’s hospital, Paxton’s mother responded that he wouldn’t be alive and thanks all the “angels” at Cincinnati Children's Hospital Medical Center for everything they’ve done.

Now cancer-free, Paxton plans to become a police officer when he grows up.