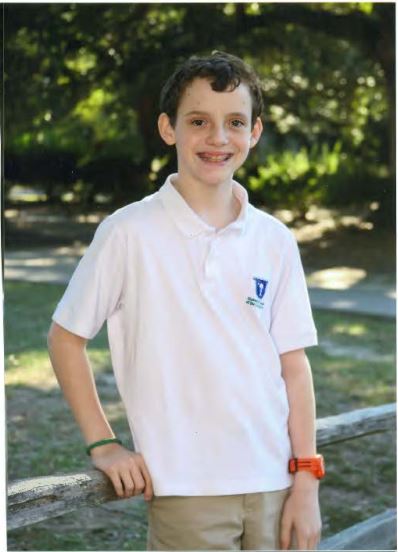 Turner began his life-long hospital adventures early as a surviving twin, born 9 weeks premature during an emergency cesarean section at the Medical University of South Carolina. He had his first surgery at 4 months old to correct a hernia; a nephrectomy to remove his kidney at 31 months, followed by three months of at-home peritoneal dialysis; a kidney transplant at 34 months; and has had subsequent hospitalizations and biopsies. Turner enjoys his hospital stays so much he seldom wants to leave. He has even shadowed his nephrologist on the job.

Turner’s Dad calls Turner his hero because of the extraordinary manner in which he handles severe pain. Turner does not know what it feels like to not have a stomachache, yet he thrives every day.

Whether reading books, writing stories and plays, singing and acting, Turner loves every minute of the arts. Boating and swimming with his family are his favorite outside activities, along with tailgating at Clemson football games.