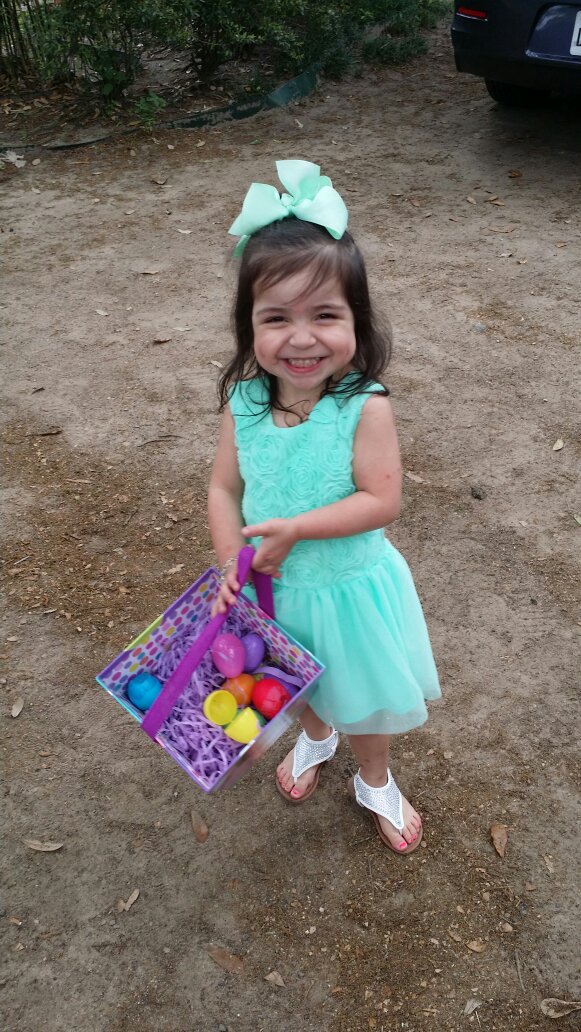 During a routine ultrasound 16 weeks into Ashley’s pregnancy, the sonogram image indicated that part of baby Audrina’s heart was forming outside of her chest. Only eight in every million babies are born with ectopia cordis, a rare congenital malformation where the heart is abnormally located either partially or totally outside the chest; 90 percent of children with this condition are either stillborn or die within the first three days of life. An extremely risky surgery was Audrina’s only chance for life.

Shortly after birth, a multidisciplinary team of surgeons at Texas Children’s Hospital performed a miraculous six hour open-heart surgery where they reconstructed Audrina’s chest cavity to make space for the one-third of her heart that was outside of her body.

Now 2 years old, Audrina is closely monitored by several pediatric teams at Texas Children's Hospital including cardiology, cardiovascular surgery and plastic surgery and will need additional surgeries as she grows. But every day, she continues to grow and thrive and demonstrates her enthusiasm for life through coloring, painting and riding her bike.